Guide To The Christmas Racing With so much racing action in prospect over the next few days, punters can be confused about where they may want to focus their attention.

With that in mind, we have produced our guide to the Christmas racing, which gives a low down on all the big races in prospect over the festive period, along with the star names running and the respective TV channels that will be showing all of the action.

Our free horse racing tips will be available throughout the holiday season, and for those wishing to take advantage of the bookmaker sign up offers available over Christmas – check out our free bets page!

The feature on Boxing Day is undoubtedly the King George VI Chase at Kempton, which is likely to be a fantastic spectacle – with the highest-rated chaser in Britain – Cyrname – taking on the rapidly improving Lostintranslation, and last year’s winner Clan Des Obeaux.

Chepstow plays host to a fantastic card – with the highlight undoubtedly being the Welsh Grand National, where the eagle-eyed will be able to spot our sponsorship of the second-last fence.

We also have Grade 1 action in Ireland, with Leopardstown hosting the Paddy Power Future Champions Novice Hurdle – which has been won by the likes of First Lieutenant, Jezki and Sizing John in recent years.

Kempton is back for the second of their two-day Christmas Festival – where all eyes will be on National Hunt poster boy Altior if he takes up his engagement in the Grade 2 Desert Orchid Chase – a race that he has won impressively last year.

That is not the only top-level action in prospect, however, with Leopardstown hosting the Grade 1 Frank Ward Memorial Hurdle – where the Willie Mullins-trained Benie Des Dieux will be potentially making her reappearance – and a cracking renewal of the Grade 1 Savills Chase, with another Willie Mullins absentee returning to the track in the shape of the exciting Kemboy.

A quiet day in regard to UK racing – with only Kelso and Doncaster hosting jumps cards alongside all-weather action at Southwell.

That is in stark contrast to the Irish action though, where Limerick has a competitive Grade 3 for four-year-olds and Leopardstown is back with another two Grade 1’s.

The first of those is the Neville Hotels Novice Chase, which has proved a good race for Gordon Elliott in recent years, with the County Meath-based Elliott training three of the last four winners. It is perhaps no surprise, therefore, to see his Battleoverdoyen currently hold favouritism.

Directly after that event, we have a chance to see the two-mile hurdlers in action in shape of the Grade 1 Matheson Hurdle – where Klassical Dream will be aiming to get his bid for Champion Hurdle glory back on track.

A quieter day with no Irish racing in prospect. Lingfield hosts some competitive all-weather handicaps, whilst Taunton has a seven-race card which includes the Listed Byerley Stud Mares’ Novices’ Hurdle.

Weather permitting, Haydock also has a good card to get stuck into – with the highlight being a 0-145 handicap chase which is to be run over a gruelling extended 3m4f trip.

Punchestown hosts their New Year’s Eve Countdown, which is alongside jumps action at Uttoxeter and Warwick – with Lingfield hosting a seven-race all-weather card which includes a competitive Class 2 handicap due to be run over a mile.

A bumper day of racing action to bring in the New Year, with eight meetings across the UK and Ireland.

Cheltenham’s card includes the Grade 2 888 Sport Dipper Novices Steeple Chase, and Grade 2 Dornan Engineering Relkeel Hurdle – which has a recent roll of honour which includes the likes of Oscar Whisky, More Of That and Rock On Ruby. 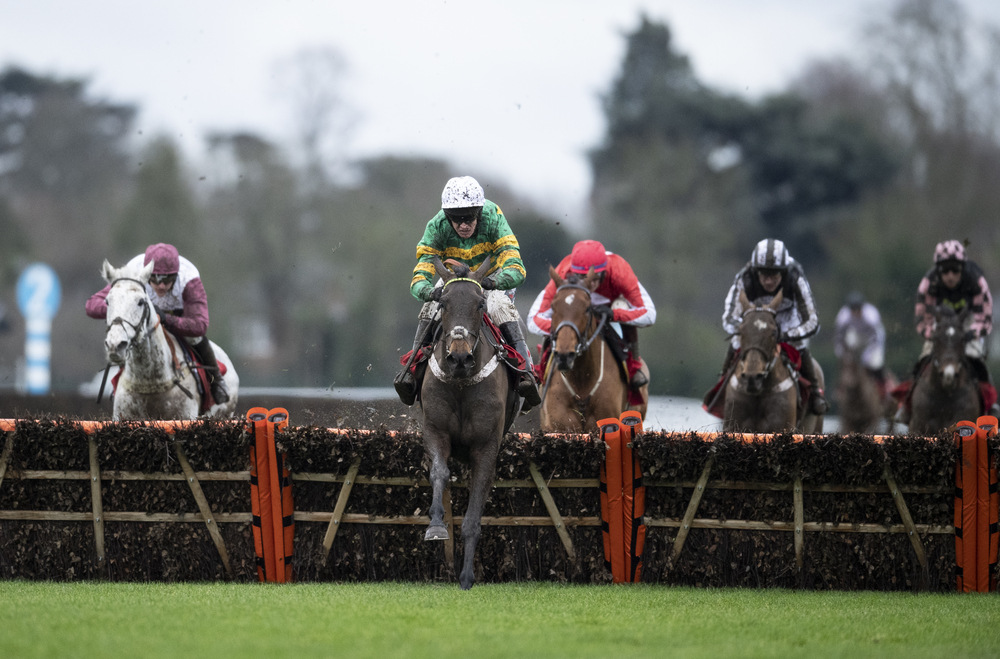