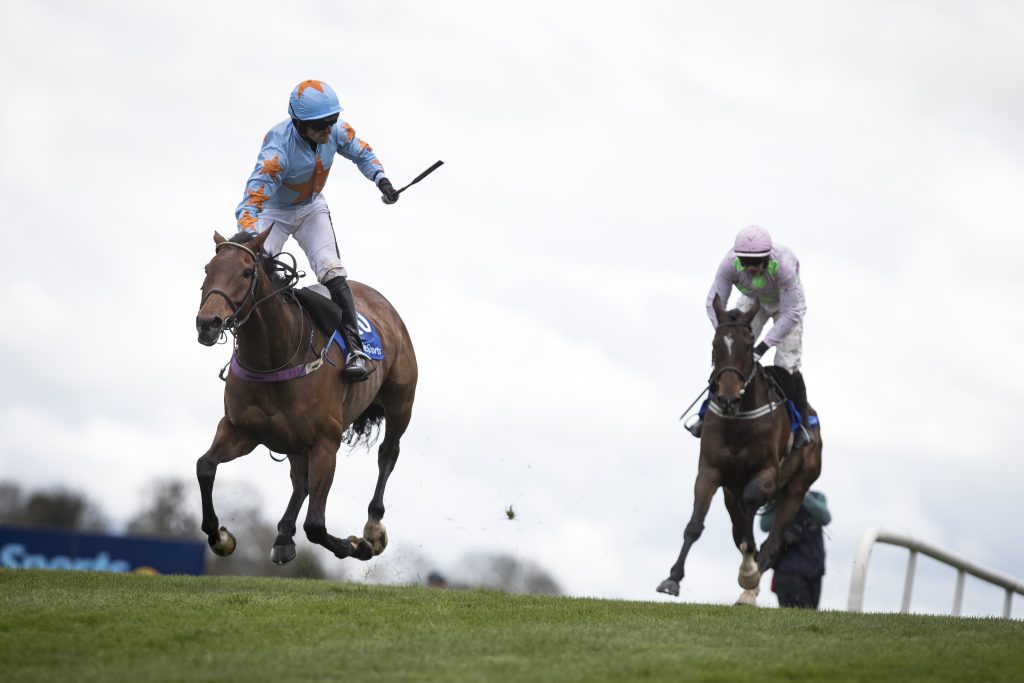 We’ll have horse racing tips for all the action, including the other five meetings on Wednesday. Those are Ascot, Wolverhampton, Pontefract, Brighton and Chelmsford. Course form is always an essential part of finding winners and I’ve identified three horses who will thrive back at Punchestown.

The accumulator was a best price of 112-1 with William Hill at the time of writing (5pm on Tuesday).

Second in the 2019 Champion Bumper to Envoi Allen, Blue Sari has been a shade disappointing over hurdles subsequently. He made a winning hurdling debut over course and distance in November 2019, winless in two subsequent Grade 1 assignments that season.

Pulling up on return from a 370-day absence at Leopardstown in February, he was set to finish a clear second in the Coral Cup when falling at the final hurdle. That was much more like it, with the better ground clearly suiting him. He comes out joint-best on ratings and on these terms, there’s a huge amount to like about his chances.

Unbeaten in two starts over fences at Punchestown, Kemboy landed the 2019 renewal of the Punchestown Gold Cup over Al Boum Photo. Although he’ll never be a Gold Cup horse, with Cheltenham not playing to his strengths, a track like Punchestown does.

Second in the Savills Chase earlier this season, he followed up with victory in the Irish Gold Cup before another below-par run at the aforementioned Cheltenham. Returning to a venue where he’s unbeaten is an obvious positive, especially as it’s a smaller field. He should be able to dictate terms and having beaten both Al Boum Photo and Clan Des Obeaux in the past, he’s an obvious player.

With form figures of 1832 at Punchestown, Livelovelaugh can appreciate a return to the track on Wednesday. He’s run once over the fences here, finishing a narrow second in the 2019 renewal of this race. He’d likely have won had he not made a mistake at the last and he’ll arrive this year brimming with confidence.

Having placed in two major handicaps earlier in the season, he decimated his rivals in the Topham at Aintree earlier this month. Travelling with real verve and jumping like a stag, it was an eye-catching performance and he’s gone up just four pounds. Similar tactics are likely to be employed again, given the way he relished them at Aintree.

This mark is certainly achievable and with conditions to suit, the floodgates may have opened for this eleven-year-old.