Tomorrow’s racing comes from six venues, with Ascot being the star attraction. The Berkshire course hosts a card headlined by the Grade 1 Long Walk Hurdle, where Thyme Hill will bid for redemption after being narrowly denied by Paisley Park twelve months ago. The other ITV meeting is Haydock, with the Tommy Whittle Handicap being their big race.

It’s ITV Saturday, which means my outsiders are back! I had places at 66-1 and 33-1 two weeks ago and I’m hoping to better that, with some competitive action in store. I’ve picked out two horses at bigger odds and you can find all my analysis below. 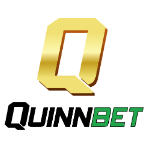 He’s far from consistent, but Crixus’s Escape (25-1) sits on a dangerous rating and he’ll relish all the give underfoot. He’s won five times under rules and those victories have come on either soft or heavy going, so there is certainly no concern on the testing going.

He gained his most recent victory at Ayr in November 2020, scoring off a mark of 130 in game fashion. That was a smart performance and on his next start, he was still going well before falling midway through last year’s renewal of this race.

Three subsequent outings have been well below that standard, but his latest run at Ayr, where he bled from the nose, is best forgiven, as he has a woeful record fresh. With that race under his belt, he should be a different proposition today, especially off a lowly rating of 125.

Evan Williams won last weekends feature handicap and Mack The Man (28-1) could land him another big prize. He’s been a regular in these Grade 3 handicaps and dropped in grade at Exeter on seasonal return, he returned to winning ways in comfortable fashion.

He only won by a neck, but he perhaps got there too soon and given it was his first run for 242 days, he should come on plenty in terms of fitness. A three-pound rise takes him to a mark of 130, the same mark that he was brought down from in the 2020 Betfair Hurdle, a race he was travelling well into.

The ground is possibly firmer than he’d want, but he can run to his best on a better surface so that doesn’t put me off his chances. He’ll get a strong trail into the race and if he’s close up as they turn into the straight, I’d fancy him to pick up one of the four places on offer (from most firms).