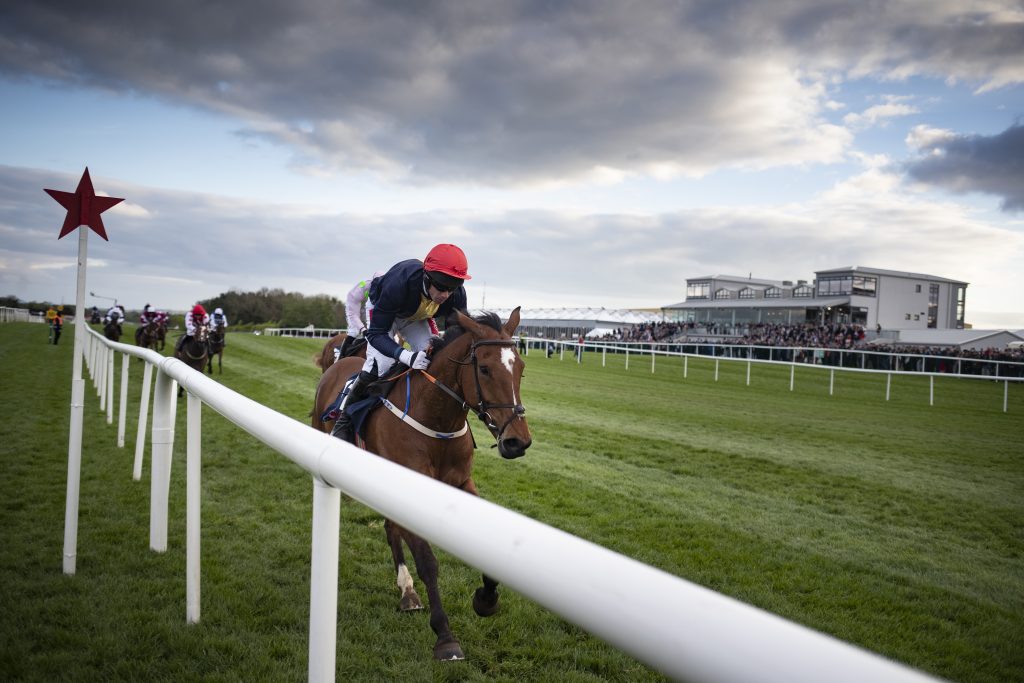 Betting markets for the Cheltenham Festival are now shaping up nicely, and the results from this weekend’s Dublin Racing Festival look sure to affect them even more – view runner-by-runner previews and selections for all of the races across the two days on our free horse racing tips page.

Having recently tried to answer the question of who is the strong Festival fav? Joe Eccles is back with his Joe’s Jottings article, this week identifying a selection in the Albert Bartlett Novices’ Hurdle which is currently available at odds of 25/1 – read his views below.

One of the hardest Festival races to decipher in recent years has been the Albert Bartlett Novices’ Hurdle, with four of the last ten winners sent off at odds of 33/1 or bigger.

The market for this year’s renewal is currently headed by Thyme Hill, who finished third behind Envoi Allen in last season’s Champion Bumper and currently has an unblemished 3-3 record over hurdles.

He would have his stamina to prove over the three-mile trip, however, and his pedigree offers mixed messages on his ability to stay, with his dam – Rosita Bay – disappointing on her sole run beyond 2m5f.

In last week’s Supreme Novices’ Hurdle preview, I noted that horses formerly trained in France had a fine recent record, and in the Albert Bartlett, the same can be said for winning Point to Pointers.

Very Wood, Martello Tower, Kilbricken Storm and Minella Indo had all won in that sphere prior to their respective Albert Bartlett victories, and one with a matching profile catches my eye for this year’s renewal in the Martin Brassil-trained Longhouse Poet.

This six-year-old son of Yeats was a winner between the flags at Boulta last January, and that form has worked out well, with the second, third, fifth and seventh-placed horses all coming out and winning since.

He has shown some smart form since sent hurdling, twice finishing ahead of the now 132-rated Column Of Fire prior to a fine third-place finish in the 2m4f Grade 1 Lawlor’s Of Naas Novice Hurdle.

Having been outpaced turning for home there, Longhouse Poet hit the line strong – finishing just seven lengths behind the winner Envoi Allen.

That run strongly suggested that a step up in trip was now required, and his pedigree would further support that theory, with his half-brother Moscow Presents recording his career-best RPR over 3m3f at Sedgefield, and his half-sister Longhousesignora recording hers over an equally stamina-sapping 3m1f at Hereford.

Owners Sean & Bernardine Mulryan tasted Festival success with City Island in last year’s Ballymore Novices’ Hurdle – a race that they sponsor – so they are likely to want representation in that contest.

Fortunately, their Exit Poll was a winner at Fairyhouse last weekend, and he currently holds an entry in the Ballymore, so if taking up that engagement Longhouse Poet should be freed up to contest the Albert Bartlett.

His current odds of 25/1 are significantly greater than those of the Willie Mullins-trained Monkfish – who Longhouse Poet beat convincingly in a bumper at Punchestown last May – and a big run in Saturday’s Nathaniel Lacy & Ptnrs Solicitors “50,000 Cheltenham Bonus For Stable Staff” Novice Hurdle at the Dublin Racing Festival – for which Longhouse Poet currently holds an entry – should see that price tumble.