Crowley at the quadruple on successful day for Hamdan Al Maktoum 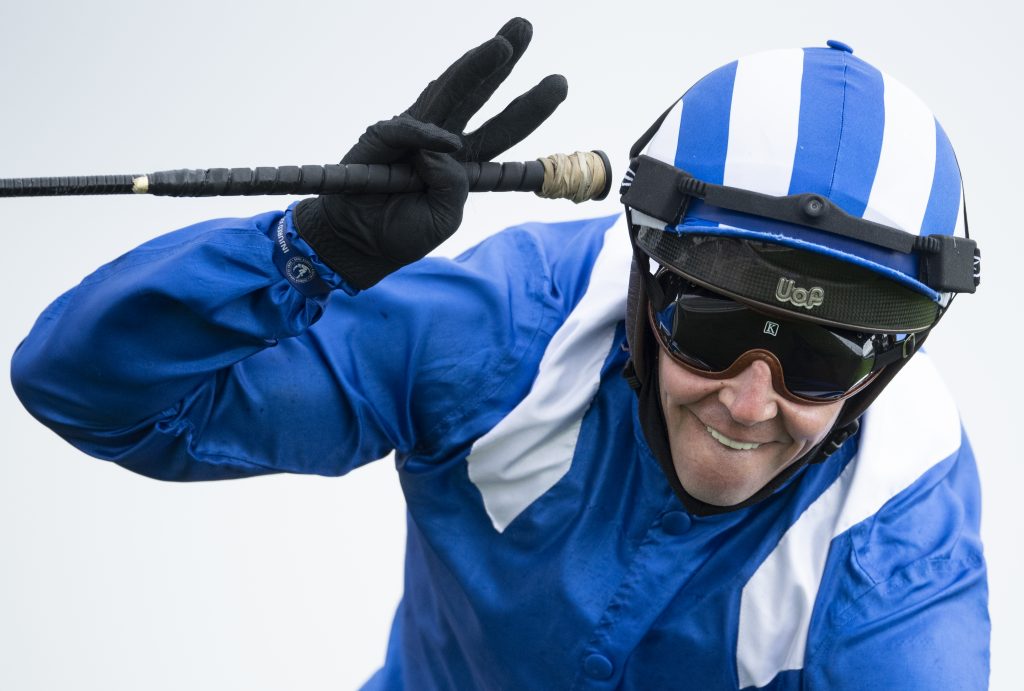 It was a hugely successful day for both Jim Crowley and Hamdan Al Maktoum, as the former champion jockey rode four winners in the silks of his retainer on a memorable day at the Ebor Meeting.

The day started for Crowley aboard the John Gosden trained Alfaatik, who was much the best in the opening Sky Bet Handicap. He missed the break but travelled powerfully into the contest thereafter. When asked to go, he burned past his rivals and scored a shade snugly. At a price of 15/2, it would be the biggest of the day for Crowley.

Enbihaar is all class and continued her progressive profile by winning a fifth Group 2 contest. Stepped up to two miles, Crowley was in the full-drive and wasn’t going to be denied, as the partnership repelled a late challenge from the fast-finishing Stratum of Willie Mullins.

The third would come from the Owen Burrows’ stable, with Crowley not hard-pressed to get Minzaal over the line. Winning his second start in impressive fashion, he doubled up with an emphatic performance on the Knavesmire. Despite a slow start, he simply blew away his rivals with a power-packed finish. The day was to get even better, however, for both Crowley and Al Maktoum.

Battaash forced to knuckle down

It wasn’t the easiest win of his career, but in seasons past, it’s a race that the old Battaash would have thrown away. Showing his customary early dash, Crowley had to get into the drive a long way from home on Charlie Hills’ speed-machine. Que Amoro wasn’t going away, but Battaash’s class showed in the closing stages, as he powered clear in the final 100 yards.

It certainly wasn’t flashy, nor a course record, but Battaash is simply special. Twelve months on from shattering the course record, the Batmobile was once again a class above on the Knavesmire.

With two more rides to go, Crowley and Al Maktoum had the bookmakers on the ropes. The knockout blow wasn’t quite delivered, however, as both Tawleed and Asiaaf were unable to follow up.