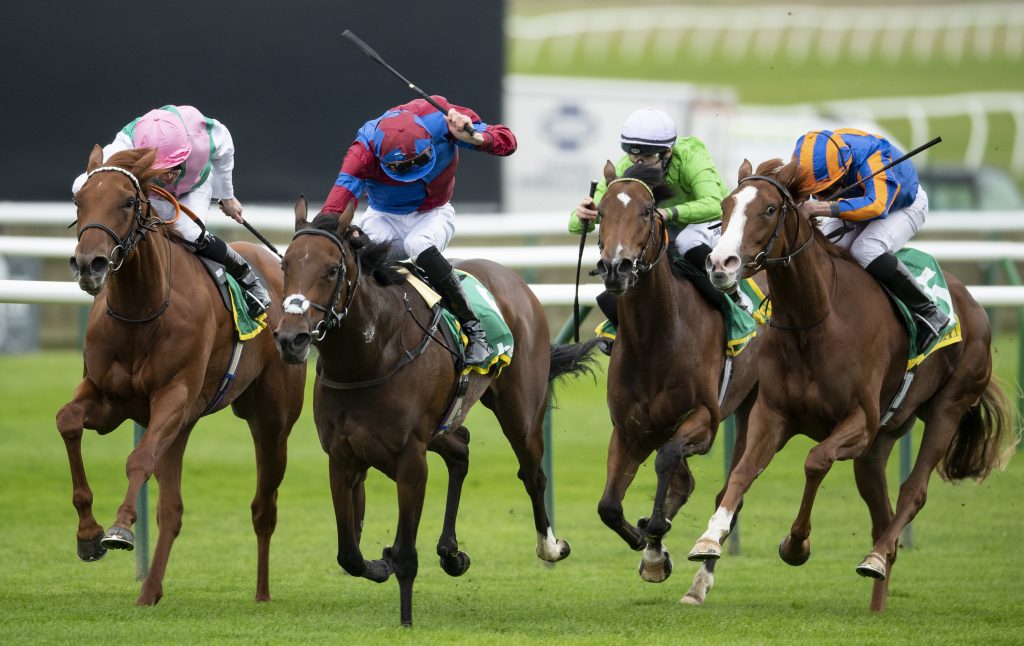 We’re just a few weeks away from one of the best flat meetings of the season. It’s very much a case of saving the “best for last”, as the Future Champions Festival at Newmarket brings together the best of the two-year-old generation.

A pair of Group 1 races headline the weekend, with both the Dewhurst and Fillies Mile showcasing the best juveniles of the campaign. With just over two weeks to go, I’ve taken an early look into the Fillies’ Mile antepost market.

If you’re thinking of delving into the action with an antepost flutter, take a look at below at all the key horses to get excited about come October 9th!

The early favourite for the contest, she is yet to put a foot wrong for John Gosden. Winning her debut at Yarmouth in comfortable fashion, she showed a smart turn of foot to blitz her rivals in the Group 2 May Hill at Doncaster when last seen.

A full sister to Group 1 winner Journey, she’s completely unexposed and looks very exciting. She’s with the right connections to continue flourishing and the sky is certainly the limit for Gosden’s charge. Whatever she does as a two-year-old, there are surely even bigger heights to scale at three.

Donnacha O’Brien’s charge has plenty of experience to call upon, winning three of her five career starts. She collected Group 1 honours when last seen, landing the Moyglare Stud Stakes at the Curragh to post a clear career-best. That form sets the standard on the figures, and her overall profile is progressive.

Stepping up to the mile can only help matters given her pedigree and should spark plenty of further progress. She’s extremely promising and is an obvious candidate.

Joseph O’Brien’s charge has a score to settle with Shale. An impressive debut winner, she’s fought Shale on three occasions since, coming out on top just once. That was in the Group 2 Debutante Stakes at the Curragh, but she couldn’t back it up over the same course and distance since.

There isn’t much to split the pair, but Joseph’s charge is likely to need rain to be reversing terms with Donnacha’s Group 1 winner. Check the forecast plenty if you’re thinking of backing her to do just that.

Second on her first two starts, she’s made up for lost time since. Winning a Listed contest to break her maiden, she got up late on over seven furlongs at Deauville to win a Group 2 on her latest outing. She won going away on that occasion and stepping up to the mile will certainly help matters on that evidence.

Richard Fahey’s charge doesn’t have too much to find on the figures and this gutsy filly is completely ground versatile. She has to enter the each-way running on what she’s achieved thus far.

There is a huge amount to like about this filly on breeding alone and although she disappointed on debut, she made no mistake second time around. She only needed hands and heels to repel challengers at Leopardstown and break her maiden in ready fashion.

She hasn’t achieved as much as those at the top of the market, but trained by Aidan O’Brien, she’s going to continue improving with each start. She’ll relish a step up to the mile distance and given connections, they wouldn’t be placing her here without thinking she has an extremely bright future.

She holds entries in both the Rockfel and the Fillies Mile, but I really hope that A’Shaari takes her place. An immaculately bred daughter of Dubawi, she’s a full-sister to dual Group 1 winner Wuheida.

Her debut at Newmarket was faultless, winning as she liked over the seven-furlong distance. She showed plenty of inexperience when ridden and despite hanging, she quickened clear impressively for a facile score.

The form has been franked since, with the second bolting up next time around. It’s a big ask for a horse to straight out of novice/maiden company into a Group 1, but her debut marked her out as a potential star.

Charlie Appleby has barely scratched the surface with this filly and she’s likely to take a massive step forward from that highly promising introduction.