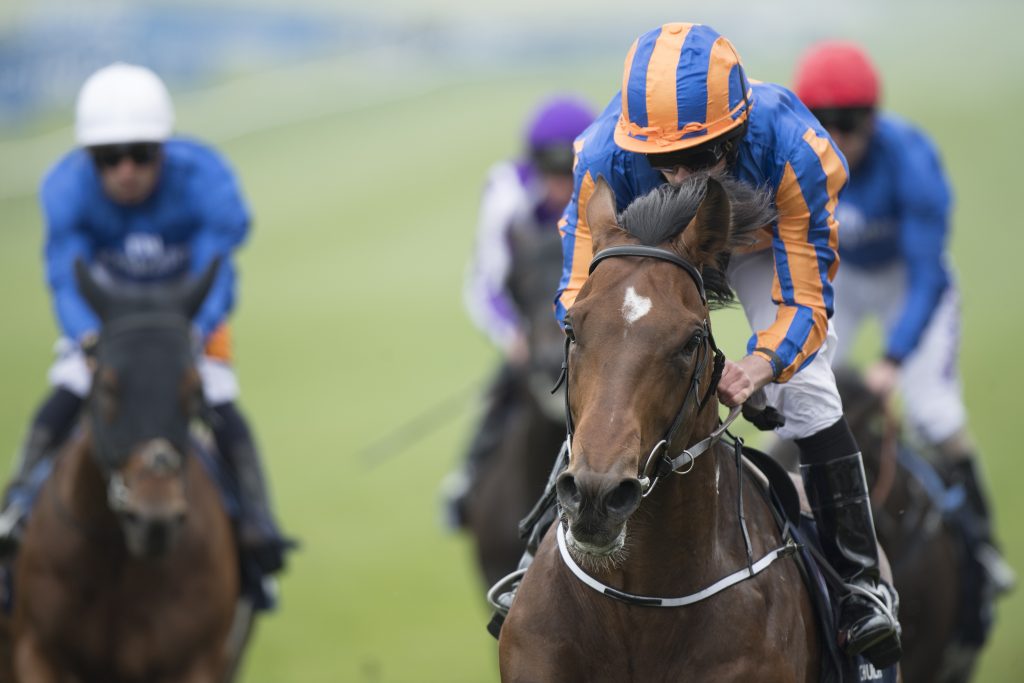 The Qipco 2000 Guineas is the first of five English Classics to be run each season, with the Qipco 1000 Guineas run the following day. Both Guineas’ are staged at the home of flat racing, Newmarket Racecourse, as the headline acts of a bumper four days at Newmarket races.

The 2000 Guineas is a Group 1 contest open to three-year-old colts and fillies although the participation of fillies is uncommon, with no filly running in the 2000 Guineas in the last 60 years.

Betting with trends is a popular way of analysing a big race and can be a useful tool for deciphering the runners ahead of the big race action, with many of the previous 2000 Guineas winners ticking the same boxes ahead of the race.

With top horses aimed at the best races by their handlers year on year, trends allow us to see the type of horse that typically wins a given race, with many revolving around trainers, jockeys, and previous form.

The 2000 Guineas is no different from any other big race, with plenty of trends among the winners of the race in the last 10 years.

Are the trends still applicable in a disrupted season?

The concern with trend analysis, and thus trend betting during a disrupted racing campaign, as 2020 is, is that many of the trends revolve around a horse’s current campaign and previous form.

From their previous flat form to course and distance winners or even a horses rating, all of these can be affected by a delayed start to the season and lack of racing opportunities.

When you look at certain big races, a recent run or multiple runs that season is almost a must if a horse is historically to have any chance of being first past the post.

When we look at the 2000 Guineas trends, however,  many of the trends you’ll be looking for to unearth the  2020 Guineas winner have been relatively unaffected by the lack of racing through April and May.

The Guineas is often described as the final two-year-old race of the season as its run so early into a horse’s three-year-old campaign, so in fact, in a normal year, many of 2000 Guineas winner’s wouldn’t have had a run before the big race anyway.

The 2000 Guineas is also the first Group 1 of the season so another strong trend that has seen 7 of the last 12 winners previously winning at the highest level, would have done so during their two-year-old campaign.

Starting prices have been strong indicators in recent renewals with few winners going unnoticed in the betting, only Makfi in 2010, Night of Thunder in 2014, and Galileo Gold in 2016 being sent off bigger than 11/2.

While some races later in the season may be affected from a trend’s point of view due to the rearrangement of the racing schedule, it seems as though the 2000 Guineas has been relatively unscathed.

The 2000 Guineas is still being raced early into the season, and with a horse’s two-year-old campaign the determining factor in the majority of the trends highlighted above, the 2000 Guineas trends look to be as relevant as ever, even with a disrupted campaign.

Where can I find Newmarket Tips & 2000 Guineas Tips?

With final declarations now out for the first classic of the season be sure to check out our designated Newmarket tips page for coverage of all of the action across the four-days of the Guineas Festival with analysis and tips for each of the 38 Newmarket races this week.

Plenty of our daily racing tips are posted in the early evening the day before the meeting, with the remainder going up the next morning, and that’s no different for all our Newmarket tips!