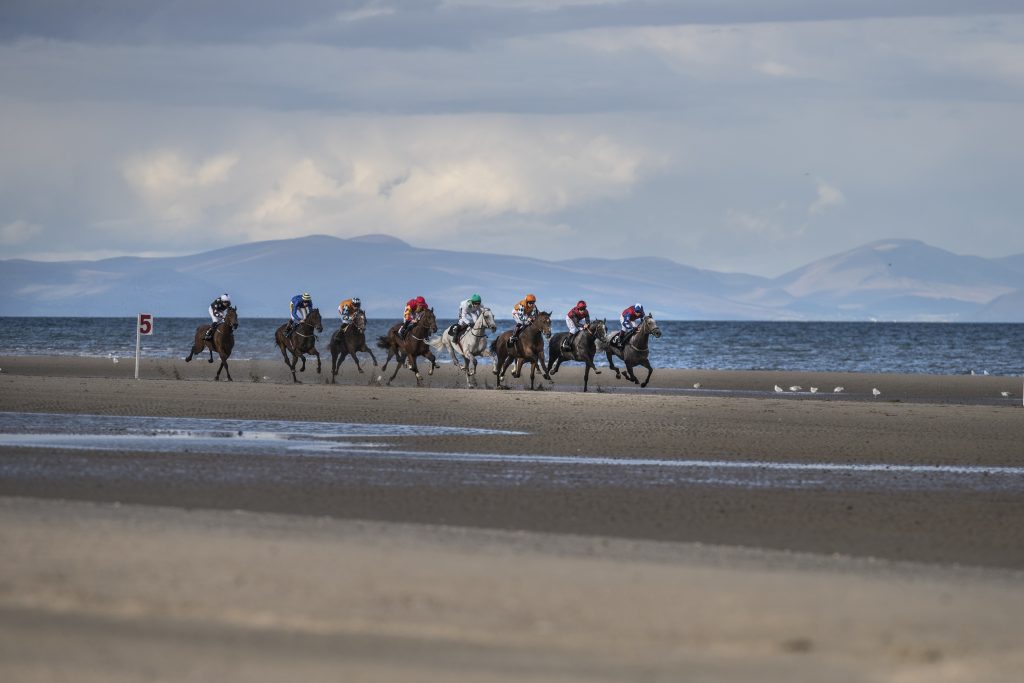 A huge week in Irish racing with the Listowel Harvest Festival preceding Irish Champions’ Weekend from the Curragh and Leopardstown. This Wednesday, comes one of racing’s most spectacular sights, with racing from the beach at Laytown, an eastern Irish village thirty miles north of Dublin.

First held in 1868, it is one of the few racing events on a beach anywhere in the world, with races on a straight track between six and seven furlongs, which upwards of 5,000 people attend.

Here we provide the lowdown on the 2019 meeting, with some valuable betting pointers. Make sure to check out our Horse Racing Tips for our selections for the Irish venue as well as the racing from five other tracks, including Doncaster’s first day of the St. Leger meeting.

The amateur Lisa O’Neill has had just four rides at Laytown, with three of them scoring. Both her mounts in 2018 won, riding Florencio to victory in a seven-furlong handicap and Waqaas in the seven-furlong amateur contest, both for Jamie Osborne.

She has two rides for that stable this year, with Florencio returning to the beach for further success. A winner off a mark of 84 on Polytrack in January, he runs off his reduced turf mark today, despite the surface being little different.

Five pounds lower, and having been trained for this race he won in 2018 by a yard that excels at the meeting, he should take some stopping under O’Neill who has won the last two running of this contest.

Jamie Osborne has sent twenty runners to Laytown over recent years, largely in light of the ownership group Melbourne 10 Racing targeting the meeting, with five of these scoring. He landed three of the seven races last year, and has a great chance of further success this year with seven runners making the trip from Lambourn.

Along with the aforementioned Florencio, he has a great chance with Monumental Man who is just a pound higher this year than when scoring in a deeper race at the meeting in 2018.

Placed from marks in the 70s on Tapeta this winter, a recent sighter at Lingfield will see him spot on for today, attempting to win this race named after his owners.

Of the last twelve runnings of non-handicap contests, seven favourites have scored, with two of the three races last year going to those heading the market.

The one to focus surely has to be Commander Han, purchased by Melbourne 10 with this meeting in mind. He has been keeping warm company in the UK this season, placing off a mark of 89 in May.

Whilst his form has dipped since, he’s a winner on Polytrack and runs for the specialist combination of Jamie Osborne and Lisa O’Neill. Rated three pounds clear of his nearest rival and over twenty pounds clear of the next, he should be hard to beat.

As has been customary for the meeting, it’s easy to expect a red letter day for Melbourne Racing and Jamie Osborne. If you expect something similar, the treble can be backed at 63/1, best price at time of writing.