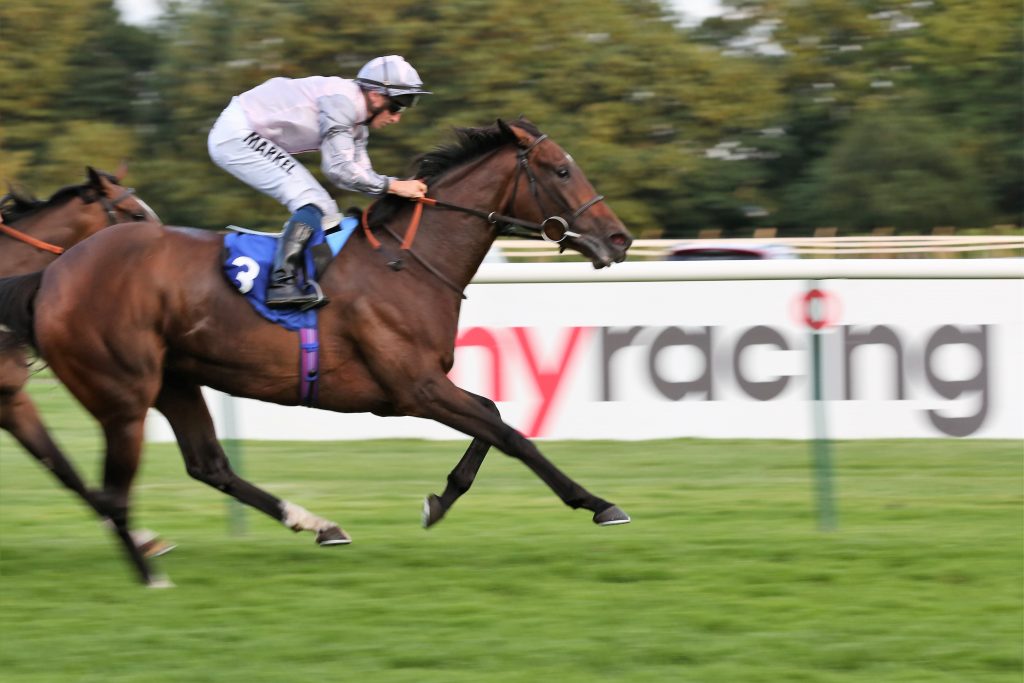 Landing the Lingfield Derby Trial on now Derby favourite English King, further success awaited in the Listed Cocked Hat Stakes at Goodwood. The best, however, was yet to come, as Marquand broke his Royal Ascot duck when steering Who Dares Wins to victory in the Queen Alexandra, the final race of the meeting.

Things could get even better for busy-bee Marquand, who has seven rides at Doncaster on Friday! All of his rides are below, with a brief opinion on what to expect from his mount on a likely sweltering Friday afternoon. Three of his mounts are highlighted later on in the piece, so keep reading for a treble of his interesting chances!

Add the 337/1 Marquand Treble To Your Betslip
New customers only. T&Cs apply. 18+. begambleaware.org

Mick Channon’s charge has shown minor ability in three starts, with her best coming when fourth at Newmarket on her second outing. Disappointing on return at the same venue, the yard is now in much better form and the first-time visor goes on for her handicap debut.

Gelded over the winter, Fares Poet has struggled for form since, well-beaten in a pair of All-Weather events here in 2020, latterly earlier this month. He’s likely to have needed that run, however, and makes just his third turf start.

Making her debut for William Haggas, she’s a daughter of Oojooba who is a half-sister to mile winner Sharamm. There is plenty to like about her pedigree on paper and this trip looks ideal, but this is a competitive heat and she’ll need to be very straightforward.

Currently five pounds below her last winning mark, Aqua Libre has struggled since joining this yard, well beaten in all three of her outings for the stable. The first-time blinkers go on, however, and if they spark her to life, she’s got sound claims.

Absent since October, Mick Channon’s charge scored at Pontefract back in August before a close second at Doncaster subsequently. Disappointing on heavy ground at the same venue when last seen, he should be better suited by today’s conditions; impossible to rule out despite the absence.

A fitting ride for Marquand, given the success of Who Dares Wins for the same owner/trainer combination at Royal Ascot. Yet to score in thirteen starts, he’s threatened but has lacked a finishing kick. He now sports cheekpieces, which could help with that issue, with wind surgery another positive.

On paper, this is Marquand’s toughest ask of the card. He’s yet to show anything like his best for Amy Murphy, well beaten over two miles here when last seen in January. Currently four pounds below his last winning mark, he has a fair record when fresh. Regardless, his recent efforts do not inspire confidence.

Add the 337/1 Marquand Treble To Your Betslip
New customers only. T&Cs apply. 18+. begambleaware.org