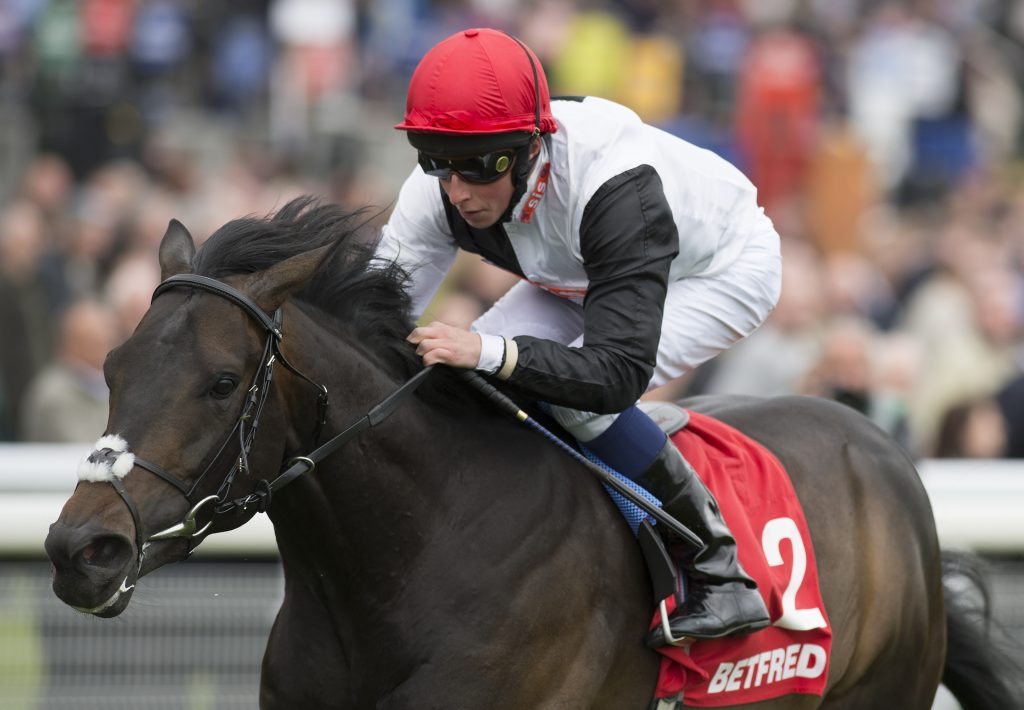 York’s Dante meeting is one of the racing highlights of the spring. It cannot be staged this week but we can still look back at some of the outstanding horses to have graced the Knavesmire in Mays gone by.

A stylish Victory in the 2015 Dante Stakes was expensive for owner Anthony Oppenheimer as it persuaded him to fork out £75,000 to add him to the field for the Derby.

But the millionaire diamond dealer need not have worried as his colt put up a sparkling display to win at Epsom the following month.

And that £75,000 was long forgotten after Golden Horn went on to prove himself an utter superstar with further triumphs in the Eclipse, Irish Champion Stakes and Prix de l’Arc de Triomphe, retiring with earnings of £4.44 million.

The first Derby winner to use the Dante Stakes as a stepping stone to classic success was one of the very best.

Not only was St Paddy an easy three-length winner at Epsom under Lester Piggott, who was again on board when the colt followed up comfortably in the St Leger later in 1960.

But the following season he landed the Eclipse Stakes, Hardwicke Stakes and Jockey Club Stakes and at the time of his retirement he was the second highest prize-money earner in British racing history.

The bitter winter and early-spring of 1963 was tough on young horses and crack Irish filly Noblesse was slow to find her form, so she missed the 1,000 Guineas.

But she came in from the cold with a vengeance, bounding home an easy six-length winner of the Musidora Stakes at York.

And she won the Oaks by even further at Epsom the following month, crushing her rivals with a ten-length victory.

The Duke Of York Stakes often throws up a top-class sprinter and never more so than in 1995.

Lake Coniston showed tremendous pace as he made all for an impressive three-length win under Pat Eddery.

Having been beaten by the draw at Royal Ascot next time, the Geoff Lewis-trained speedster proved himself the best 6f horse around with a hugely impressive four-length victory in the July Cup at Newmarket.

There are two million reasons for owner Bjorn Nielsen to regard the Yorkshire Cup with particular affection.

The success of his Stardivarius in 2018 put him on track for a £1million payout as the supreme stayer went on to collect the Gold Cup, Goodwood Cup and the Lonsdale Cup.

And his outstanding performer landed another stayers’ million last year, repeating his first-time-out Yorkshire Cup triumph and again completing a lucrative full house back at York in August.