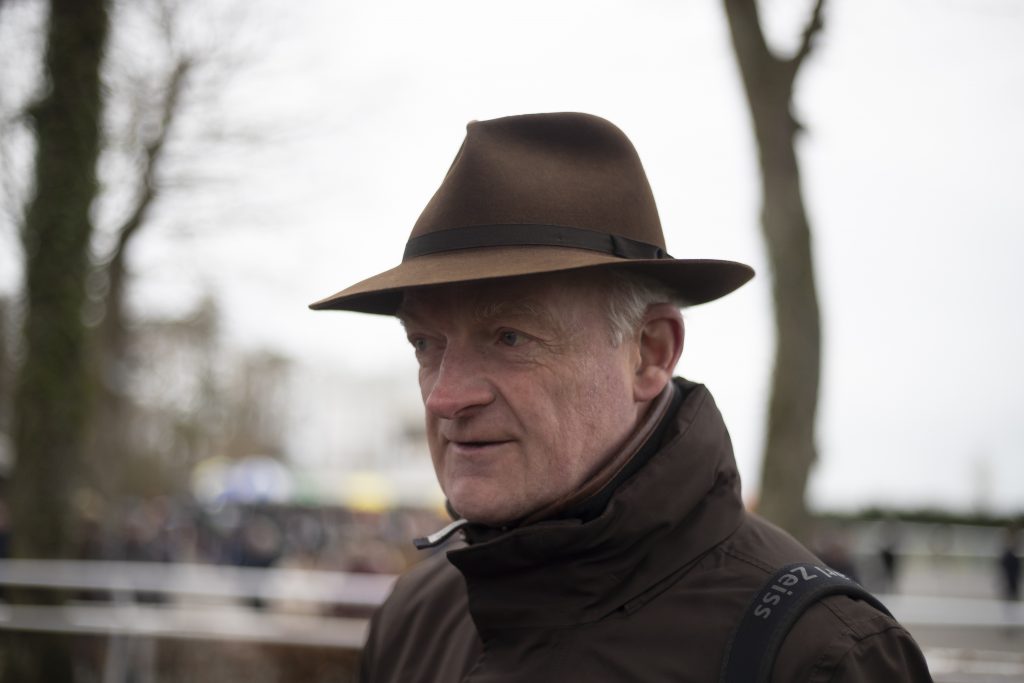 Willie Mullins currently trains eight of the 28 Cheltenham Festival ante-post favourites and could end up with eight to 10 winners this year given the strength of his yard. However, he has had many big-priced winners at the showpiece event in March and Adrian Wall is going to give you five horses at good prices to put into your notebook!

I think Sir Gerhard will line out in the Supreme even though many think that he will go for the Ballymore. He is bred by Jeremy who is the also the sire of Appreciate It and Belfast Banter so I think two miles is his trip for now. Nonetheless, the horse that is being completely overlooked in the market is KILCRUIT (9-1).

This boy was only beaten half a length by Sir Gerhard in the Champion Bumper last season and walloped that same rival at Punchestown. Yes, he disappointed when long odds-on for his first two starts over hurdles but he won a maiden hurdle by 21 lengths when last seen and I think Mullins will have him spot on for next month. He jumps, travels and a fast-paced Supreme will really suit him.

Mullins already has a strong chance in this race for dour stayers in the form of Stattler. The race tends to go to a classy horse these days so Stattler may well end up winning, following in the footsteps of Galvin who wore the same colours to victory in the race. However, Mullins has an outsider lurking that looks far too big a price to ignore.

I think ONTHEROPES (14-1) could be set up for a big run in the Aintree Grand National but he stays all day and this race could be perfect for him. He clattered many a fence in the Thyestes and was nearly tailed off at one point but made unbelievably eye-catching headway to finish fifth. At one point it looked like he may have been pulled up so that will tell you how much I rate the performance even though he was beaten 18 lengths. This boy will stay, stay and stay! Galopin Des Champs is all the rage for this race in the ante-post markets and rightly so for his recent demolition jobs at Leopardstown over fences. Although he is the evens favourite for the race, there has been speculation that he may in fact take on Bob Olinger in the Turners and if he does then this race will open right up.

I was at the Dublin Racing Festival this year and I had a sneaky €5 each-way on GAILLARD DU MESNIL (16-1) at 33-1 on the day. He exceeded my expectations to be honest. The race did fall apart a bit as Beacon Edge fell early and Capodanno unseated rider when seemingly going well. However, Gaillard Du Mesnil ran a very nice race in third and this step up in trip could unlock plenty more improvement.

Son of Quevega, Facile Vega, is all the rage for the Champion Bumper off the back of his imperious win at the Dublin Racing Festival. But even money to win the big one next month? Come on bookmakers, you have to be having a laugh. There are some cracking young horses heading to this bumper next month and it won’t be an easy race to win.

American Mike deserves huge respect and arguably has the strongest form but it’s MERCUREY (10-1) who looks overpriced. Owned by Rich Ricci, this French import showed an electric turn of foot when winning his Gowran Park bumper by 13 lengths. He wasn’t even in second gear hitting the line and I think he is a potential monster.

Vauban created a huge impression when beating the then unbeaten Fil Dor at the Dublin Racing Festival. He improved massively on his narrow defeat to Pied Piper and it is hard to separate the pair when it comes to favouritism for this race at Cheltenham next month. There is very little between them.

However, the third in that Leopardstown race, IL ETAIT TEMPS (16-1), is far too big a price to ignore. He was only five and three quarter lengths behind Vauban on the day and it was just his first run for the yard since leaving France. His jumping left a lot to be desired on the day but he has plenty of scope for improvement and he finished off his race very strongly so the hill at Cheltenham will suit.