The second day of the 2020 Breeders’ Cup promises to be something special. There are nine Grade 1 races on Saturday, making it one of the best day’s racing anywhere in the world.

The feature contest will be the Breeders’ Cup Classic, widely regarded as the biggest race in America. A special field has congregated and such is the competitive nature of the contest, Kentucky Derby winner Authentic is an each-way price with some firms.

The first race of a bumper card begins at 17:02 with the Breeders’ Cup Filly and Mare Sprint. The incredible action filters through all the way until 22:18, the post time for the Classic.

Where to watch the Breeders Cup

All the races will be shown live on Sky Racing as well as being available to stream with most bookmakers having placed a qualifying bet. Check out our free bets page for the best offers for the Breeders’ Cup 2020 and find the best bookies to place your bets with.

5.02 – This looks a match race between the top two in the market and Serengeti Empress gets the verdict. She’s as tough as they come and landed the Grade 1 Ballerina at Saratoga two starts ago. Ahead of Gamine when second in the Derby City Distaff at Churchill Downs since, she’s touted to confirm the placings today.

5.39 – A strongly run contest will bring the best out of Oleksandra, who landed the Grade 1 Jaipur Stakes at Belmont on her most recent outing. With a hot early pace in prospect, a drop in distance will not be a problem and she can pounce later under Joel Rosario.

6.18 – Finishing second on both his recent starts, Owendale will be suited by a strong pace and has a big chance in a competitive contest. He perhaps hasn’t been suited by chasing the pace in those recent efforts and his sole previous Keeneland run was an incredible win in the Lexington. There’s three horses who should go very fast in the early stages and with Florent Geroux likely to drop him in on this occasion, he can pick up the pieces late.

6.57 – Rushing Fall picked Mean Mary’s pocket late in the Diana and can do so again. She arrives on a Grade 1 hat-trick and really dug deep to defeat that rival at Saratoga last time. She continues to impress and is likely to track the pace early, before attempting to break Mean Mary’s heart once again.

7.36 – Despite this being a sprint, there isn’t a huge amount of raw speed in the contest. The interesting one is Diamond Oops, who has landed a pair of Grade 2 races in recent outings. He’s extremely versatile and he’s six from nine in dirt sprints. Regardless of how this pace works out, he’s going to be finishing fast late.

8.15 – The Europeans have a very strong hand and Siskin makes plenty of appeal. The Irish 2000 Guineas winner ran close in the Sussex Stakes before a poor run in France last time. That effort is forgivable, however, and his Sussex run puts him close with Kameko. He’ll relish the firm surface and this strong traveller will be given an ideal trip.

8.54 – All Monomoy Girl knows how to do is win and another big day beckons for this special mare. She’s not been hard-pressed in either of her 2020 starts, latterly in the La Troienne where she could be called the winner a long way from home. A remarkable talent, she’s a difficult horse to oppose, even with the talented Swiss Skydiver in the field.

9.33 – Disappointing earlier in the season, Mogul has really found his footing to close out his three-year-old campaign. A Group 3 winner at Goodwood, he got his Group 1 in France with a dominant display in the Grand Prix de Paris. He should get a dream trip under Pierre-Charles Boudot as a strong-travelling sort and with the ground no concern, he can cap the year off in style.

10.18 – Try as you might, it’s difficult to get past the chances of Improbable. He arrives on a Grade 1 four-timer and his latest Awesome Again Stakes victory was special. His tactical versatility will play a key role, as he can either stalk the pace or come from the back of the field. That gives Irad Ortiz Jr a plethora of options in the saddle, depending on how he breaks and the early pace complexation.

He’s been a remarkable horse for Bob Baffert and can cap off a superlative year in style.

Europe may have the favourite, but the United States have the best recent record. Ivar is the one who fits the trends, a four-year-old who landed the Grade 1 Turf Mile at Keeneland last month.

Aidan O’Brien has a great record in the race and Magical fits the billing in terms of trends. She’s a five-time Group 1 winner and finished second to Enable in this race back in 2018.

Although favourites have a poor record, Improbable matches the other three trends. He’s been incredible in his last three starts and Baffert has a supreme recent record in the contest.

It’s always important to shop around for the best deals for the Breeders’ Cup. Price boosts and extra place races are worth scouting for so check in with the free bets page to find the best sign up offers to make the most of the world championships of horse racing. 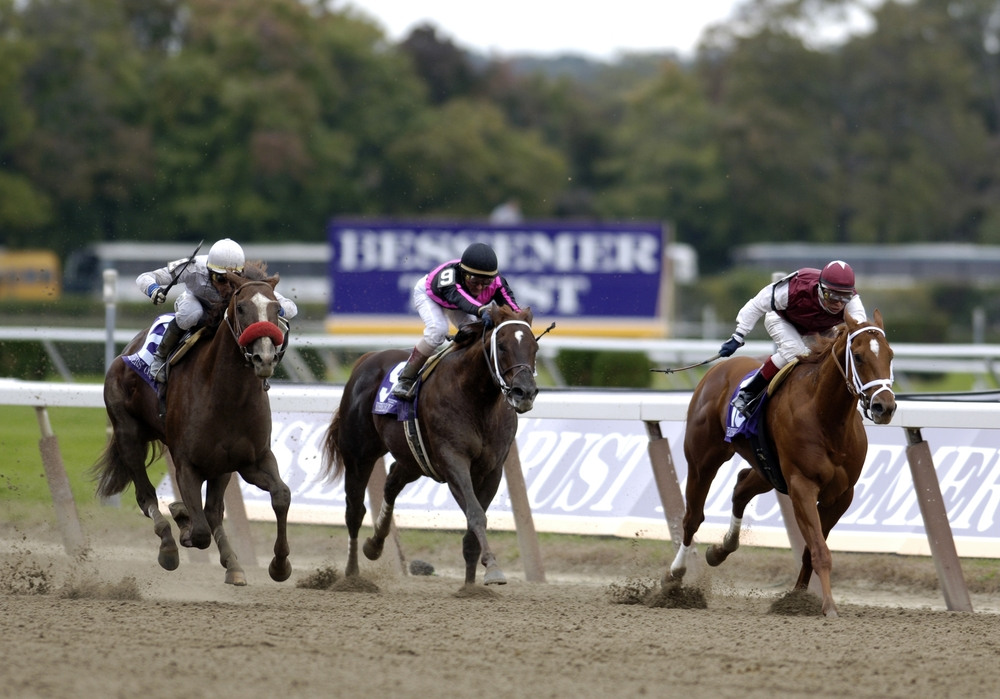