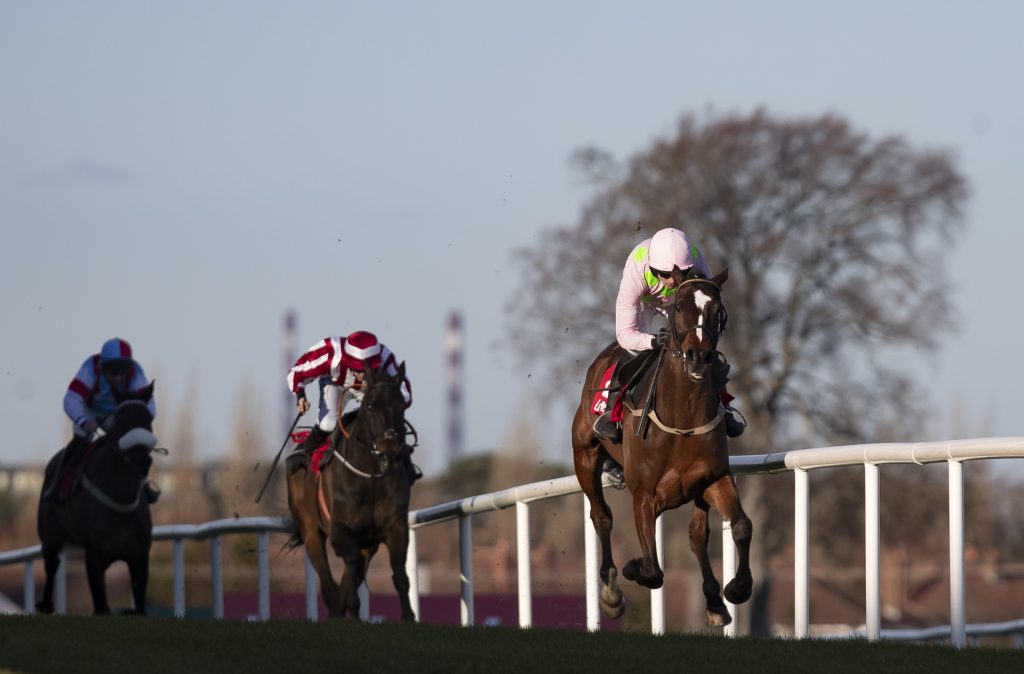 Ireland takes centre stage on a top-class weekend of jumps action as the Dublin Racing Festival headlines our horse racing tips this Saturday.

It wouldn’t be a bumper few days without checking out the Racing Post Weekender, which is exactly what we’ve done to help us put together this cracking 229/1 accumulator.

The Lawlor’s Of Naas Novice Hurdle form merits the utmost respect and Elixir D’ainay is taken to exploit the absence of Envoi Allen.

He wasn’t unfancied when second to Envoi Allen at Naas and provided a stiff test to the top-class Gordon Elliott-trained star before his engine gave way to a superior horse.

That was just Elixir D’ainay’s third start for Willie Mullins and he can progress again upped a couple of furlongs in trip.

He has already defeated the opposing Longhouse Poet twice and put further daylight between himself and that rival last time.

A Plus Tard produced a massive performance when accounting for Chacun Pour Soi over course and distance in December but may not necessarily uphold form.

That was Chacun Pour Soi’s first run of the season and he shaped as if badly needing the run after travelling well into the contest.

He was a notable drifter on the day against a fighting-fit A Plus Tard and can reverse the form.

The eight-year-old’s ready defeat of Champion Chase favourite Defi Du Seuil at Punchestown last season confirmed his latent talent on just his second outing for Willie Mullins and there must be more to come.

Midnight Shadow is a Grade Two winner over hurdles and fences, and can post a first Grade One win in the Betway Scilly Isles Novices’ Chase at Sandown on Saturday.

The Sue Smith-trained seven-year-old, who landed the Relkeel Hurdle at Cheltenham last season, won the Dipper Novices’ Chase on the same New Year’s Day card this time around.

There may have been a different outcome had the leader Champ not fallen two out but that latest performance still represents strong form and entitles Midnight Shadow to plenty of respect at the weekend.

The presence of unbeaten mare Honeysuckle in the line-up adds massive intrigue to this race but her price is short with reservations regarding trip and course.

Though she has looked mightly impressive since joining Henry de Bromhead, her best performances have come over two and a half miles and she is yet to race left-handed.

She may have enough natural ability to overcome those doubts but provided the ground isn’t too soft she may be caught tapped for toe by the speedy Sharjah, whose last two starts at Leopardstown have yielded Grade One victories and this seven-year-old can step forward again.