What Is The Tote? Simple Guide & Explanation 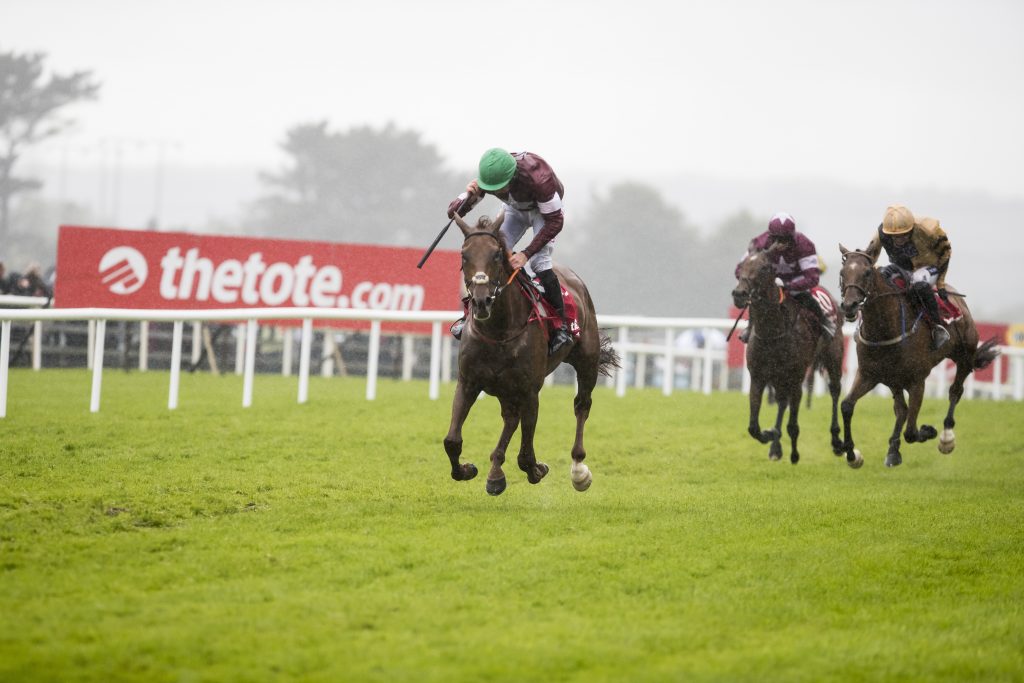 The Tote is in effect a pool into which everyone who has had a bet places their money. When the result is known, those with winning selections share a percentage of the money in the pool, known as a dividend. The amount you win is determined by how many people also have that winning selection. The Tote and fixed-odds betting are largely similar in principle – the more money or selections placed on a single horse (such as our NAP of the Day), the less the odds, or dividend will be.

However, whilst the Tote offers a rough guide as to the likely odds of the horses in each race, one cannot know their exact price until after the race has finished and the Tote has taken its contribution and revealed the dividends. This is in essence the main distinction between conventional betting and the Tote.

The History Of The Tote

The Tote, in a different guise, was initially set up in 1928 and was under the control of the government, an attempt to limit illegal gambling that was growing in prominence. Renamed as the Horserace Totalisator Board in 1961 with the Betting Levy Act, it faced competition now from fixed-odds betting. The Tote effectively dealt with these challenges by opening its first high street betting shop in 1972 and establishing a system whereby bookmakers could accept Tote bets in their shops in 1992. It was around this time that repeated governments tried to privatise the Tote, and this was eventually achieved in 2011 when it was sold to Betfred for a figure reportedly to be £265m. Recent uncertainty about the future of the Tote in light of Betfred’s seven-year contract about to expire has been resolved, when Betfred and their partners joined forces with Britbet, which was a previously separate pool-betting group coordinated by British racecourses.

Does The Tote Give Better Odds Than Bookmakers?

It is probably safe to say that the Tote often pays better on big-priced outsiders compared to conventional betting odds. This is largely because of the way the Tote works, with the dividend depending on the number of people who have backed the winning horse. Because fewer people will be backing the bigger priced horses, the dividend is shared amongst fewer tickets, and so it is often larger. There are few discrepancies of this nature at the head of the market however, because bookmakers do not wish punters to gain better odds simply by choosing a different method of betting. Furthermore, its prominence on racecourses means that people who go to the races for a day out rather than those who bet regularly in shop or online or who go to the races for a serious day of gambling are more prone to using it, and so horses with names or well-known connections which appeal to occasional gamblers are often shorter than they should be. Similar to this is the returning dividend for favourites who appeal to inexperienced gamblers, and are often shorter in price than their fixed-odds comparison.

How Can You Bet On The Tote?

There are a variety of different ways in which one can use the Tote to bet. Some of these are conventional and some a little different to what is offered by fixed-odds bookmakers. Single bets can be placed on horses to win or each-way, however the Tote also offers a place bet, whereby one can bet simply on the horse finishing in the frame. This is different to what is offered by conventional high street bookmakers and avoids the punter having to place two bets, to win and to place, when backing a horse they think is unlikely to win but has solid place claims. One can also back horses to finish in a certain order, in what is basically a forecast or tricast bet, using the Tote’s odds. These are known as Exacta and Trifecta bets respectively, and they often pay slightly better than conventional forecast betting.

Alongside these single race bets, there are a variety of other bets for multiple races. The most common of these is the Placepot, whereby punters select horses that they think will place in the first six races at a particular meeting before racing starts. At the end of racing, the total money pooled, minus deductions, is divided between those winning tickets who have correctly picked at least one placed horse in every one of the six races. This form of betting favours the brave, for two reasons – one single race, or leg, without a placed horses renders the bet a loser, unlike an each-way multiple bet using fixed-odds such as an each-way Lucky63, and also because of the nature of the tote, whereby the more fancied runners will have more bets placed on them. As a result of this, shrewd punters placing a Placepot bet often choose bigger priced horses to place and hope that those with a favourite’s chance, and thus the more popular horses, do not place. A race card where the more popular horses place in the six races can often see punters, even if getting through the Placepot, win less money than they forked out. These risks are offset by the often huge dividend that the Placepot pays out when few of the fancied horses place, for example if a heavy odds-on shot blows out. Similar to this is the Quadpot, which is in essence the same bet but for the third, fourth, fifth and sixth races on the card, and is often a trusty back-up if going out in the first two legs of the Placepot.

Similar to the Placepot is the Jackpot bet, which is a bet held at a specific track each day, whereby punters have to correctly choose the winner of the first six races on the chosen card. Here, rather than a pool that is divided after each card, there is a “jackpot” that rolls over if no one wins it. As a result, the Jackpot can often grow to huge sums of money. A more popular version of this is the Scoop 6, which is essentially a Jackpot bet but normally only held once a week, typically on races shown on terrestrial television – perfect for playing with our ITV racing tips. Six races, often from different tracks, are chosen, and the punter has to correctly select the winner of all these races, and stands a chance of winning thousands, if not more. This, like the Jackpot, rolls over if no one wins it, and reached a record £10.7m in May 2014. If picking six winners seems a little too blue-blooded for you, you can choose instead to pick placed horses in the relevant races, for a smaller, yet still considerable, amount of money.