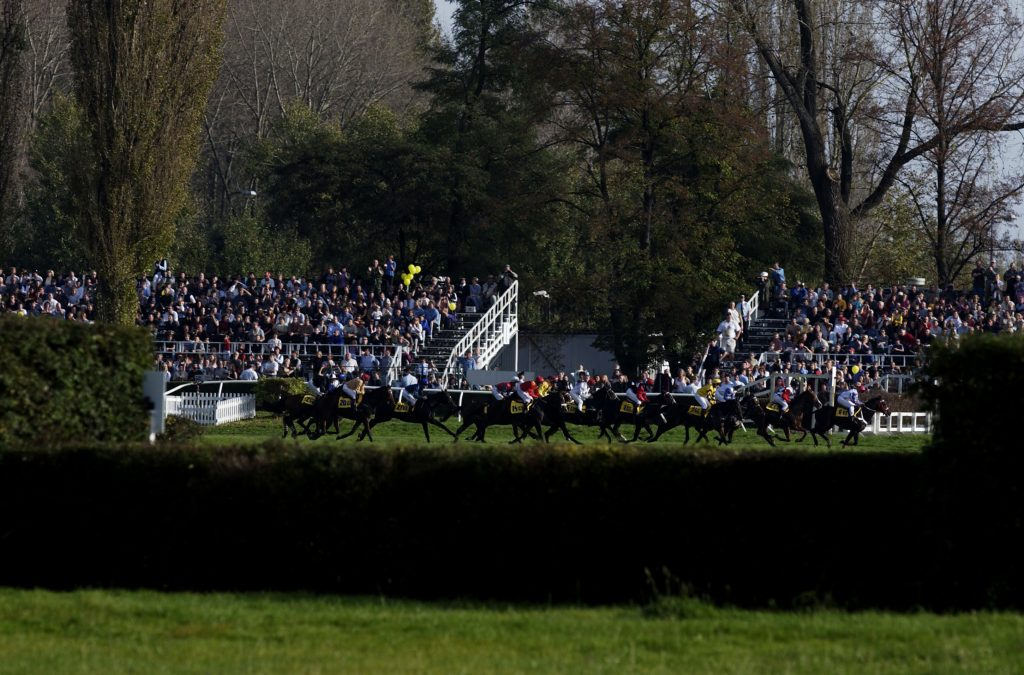 First officially run in 1874, Sunday afternoon sees the 128th Velka Pardubicka to be raced over four miles two and a half furlongs in the Czech Republic with twenty-two runners declared. It is seen as the highlight of both the sporting and the social calendar for many and to put it in to context, had its 50th anniversary the same year the football league first started. In recent decades it has become more and more popular with racing tourists and exhibits an atmosphere all of its own, though much like some of our more famous steeplechases, the course has been altered over the years to make it safer for the horses, though it is still a seriously formidable task. As well as usual Horse Racing tips for Sunday, we also have a selection for this contest!

The winner will not only need to better his or her rivals but negotiate thirty-one jumps in total with a variety of hedges, ditches, banks, and headed by the infamous Taxis Ditch which is an amazing four metres long  with a one and a half metre hedge – and just to make it harder a large portion of the race is run though a ploughed field, just in case the horses aren’t tired enough.

Statistically, trainer Josef Vana is “Mr Pardubicka” having won the race eight times as a jockey and last year as a trainer – read on for our idea of the major players this season.

19 NO TIME TO LOSE – Last years winner returns to the fray having previously been in the care of Jamie Osborne in the UK and is trained by Josef Vana Snr and will be ridden by Josef Van Jnr once again with the family legendary in this race both as a jockey and as a trainer.  Laid out again for this contest but a very short price when you consider the number of opponents as well as the obstacles and he did only win by a length last year suggesting others are better value in this field.

9 TZIGANE DU BERLAIS – A half-brother to the Willie Mullins trained Gitane Du Berlais and thus bred to be at his very best over fences, is possibly the best value in this contest. He prefers a bit of cut in the ground which is the only concern we can see, but he has plenty of wins over these rivals on his CV already and has more to come at the tender age of seven. Trained by Pavel Tuma, he will be ridden by Jan Faltejsek who won this in 2016 on Charme Look and three times in a row from 2012 to 2104 on board Orphee Des Bins.

18 DELIGHT MY FIRE – Not at his very best lately hence the larger than expected price but third here last season and has the benefit of experienced Swedish jockey Niklas Lonn in the saddle once again. Yet another runner whose one and only seasonal target has been the prize money on offer here. He isn’t in the same form he was last season but seems to save his best for the big occasion and won’t be far away.

13 KASIM – Martin Liska replaces Marcela Novak in the saddle here which surprised a few and even at the age of thirteen he could put in a bold show for a 100/1 chance. His run last year when out with the washing can be ignored on boggy conditions but the better ground this season could see what will probably be his swansong with a minor placing before he disappears in to a well-deserved retirement.

17 ANGE GUARDIAN – Fifth last season despite having a bad year overall and looking well off his best but he arrives this year after a far better preparation hence his place on the shortlist. Second to Charme Look in 2016 he clearly handles the track and the going and with plenty of confidence coming from the Josef Vana camp of a big run, he may not be the second string the betting suggests and seems sure to run a huge race with the obligatory clear round.

15 RIBELINO – One for the each way punters perhaps as James Best travels over to ride the ten-year-old who will start at a big price here. Well behind Hegnus last time out he hasn’t been at his best recently but hasn’t as many miles on the clock as some of them here and has been aimed at this all season, he fully deserves another shot having missed out through injury in the past when at his prime.

When you consider our Grand National invariably goes off priced up at something like 7/1 the field the odds of 4/1 about likeliest winner No Time To Lose do look on the skinny side and we may yet be better off looking elsewhere for an each way alternative. Stablemate Ange Guardian isn’t value either at 5/1 but maybe TZIGANE DU BERLAIS (7/1 Each Way) in the 3.40pm Pardubice is the one to be on at a double figure price. Only a baby at the age of seven he wouldn’t mind a bit more rain overnight but he should still handle the going and looks the one with the most room for improvement over the years ahead and will be ridden by a jockey who knows better than most what it takes to win this contest.