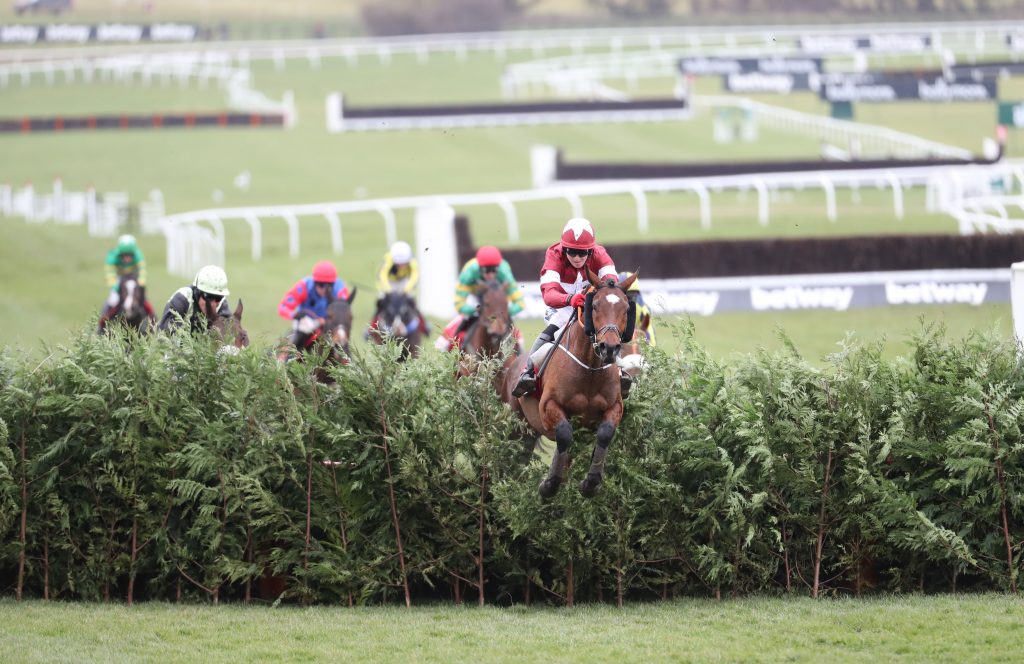 With just eight days to go until the 2019 Cheltenham Festival, Gavin Lynch and David Jennings present the penultimate episode of Upping The Ante which only serves to enhance the excitement we are already feeling to fever pitch.

Jennings, in his other duties, has been attending a raft of preview nights in preparation for the Festival, and shares with us the five things he has taken away from them, including the thoughts of Jamie Codd and his best chance of a winner at the Festival, and the most likely of Mullins’ four runners in the Gold Cup to break his maiden in the race.

An impressive portfolio has been built up by Lynch over the last fourteen weeks, and in this penultimate episode he reveals the five bets with which he is happiest, notably Honeysuckle for the Mares’ Novices’ Hurdle whom he backed at 14/1, and his favourite horse Tiger Roll, who he backed all the way from 5/1 to 11/4, and whom now stands at around the even-money mark. Additionally, the bet with which he is most pleased, is a series of trebles he has on Benie Des Dieux, Paisley Park, Sir Erec and Tiger Roll, and he has every right to be, given that at the current moment in time, it is hard to see any of the four getting beat.

With the recent publishing of the weights for the handicaps, the duo reflect on the horses that have caught their eye, with Lynch revealing a couple of Irish raiders that he has backed in the County Hurdle and Pertemps. Whilst there is seemingly no end to the raft of knowledge that he has about Cheltenham, he did admit to struggling to work out the Ultima, Brown Advisory and Grand Annual, and that the best option for the Fred Winter is to wait and see who Joseph O’Brien selects for the race out of his many promising juvenile hurdlers.

Whilst the action has been rather limited in the last week related to Cheltenham, there was plenty of news off the track, and in regards to Presenting Percy, who recently schooled left-handed at Galway, on the track as well. Lynch highlights the likely presence of Espoir D’Allen in the Champion Hurdle as intriguing news, and that the five-year-old deserves his place in the line-up. Other notable events include the withdrawals of Penhill and Waiting Patiently, disappointingly for Lynch, and Vinndication due to injury, and Jennings advises caution for those thinking of backing Samcro, as it currently appears that he may well not turn up at Cheltenham.

Sponsors redzone.bet reveal the best backed horses in the handicaps, and the likely starting prices of some of the week’s shortest favourites, as well as providing the usual enhancements –