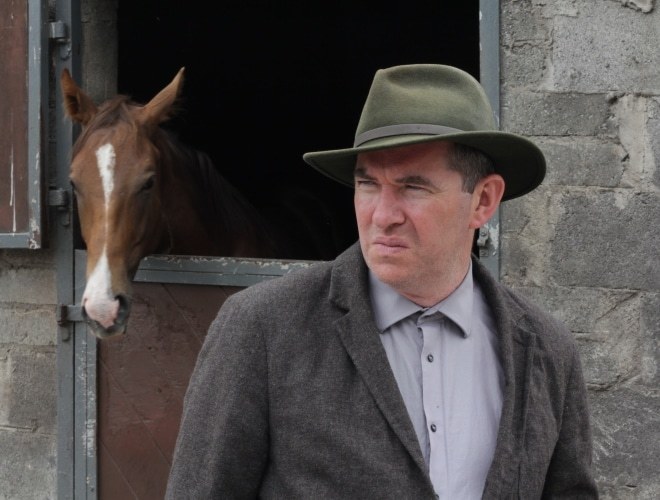 All five of Tim Vaughan’s horses’ have been smashed in overnight for Uttoxeter on Thursday the 13th of October, including two moves from 12/1 to 2/1 best price!. We know massive gambles’ like these are very possible as Charles Byrnes pulled off a miraculous stunt at Roscommon a couple of months ago, landing a monster treble. With all horses being from the same stable, we’re sure bookmakers will be twice as careful as last time!

2.20pm OFFICER HOOLIHAN (4/1 to 5/2) – Absolutely hacked up at Carlisle back in May in a 2m 3f Novices’ Hurdle on Good to Firm. Followed that up with a close third behind the Nicky Henderson trained Ballinure at this course soon after. Massive player if he is fit and well off the back of a break stepped back in trip.

2.55pm OSKARS EVA (12/1 to 2/1) – Showed plenty of promise as a juvenile when placed on all of her first three starts but her form took a major dip since then. Hasn’t been seen since running an OK race at Warwick in May but travelled well for a long was and runs off a lenient mark.

4.05pm DALAMAN (11/1 to 2/1) – Smashed off the boards on handicap debut at Kelso last time out, going off the 11/4 favourite. Could only muster up 4th place that day but much better was clearly expected and could be well worth another chance off a 4 pound lower mark if you take the jockeys’ allowance into account.

5.10pm KNIGHTS REWARD (12/1 to 2/1) – Won a poor bumper at Stratford two years ago but has been in woeful form since. Pulled up last month and now cheekpieces are reached for. Surely won’t win on all known form but has been absolutely smashed in the market.

5.40pm LOOKSNOWTLIKEBRIAN (12/1 to 7/2) – Very low mileage on the clock and wasn’t knocked about on seasonal reappearance when 6th over course and distance last month. Should come on buckets for that run and looks a very likely danger to all.