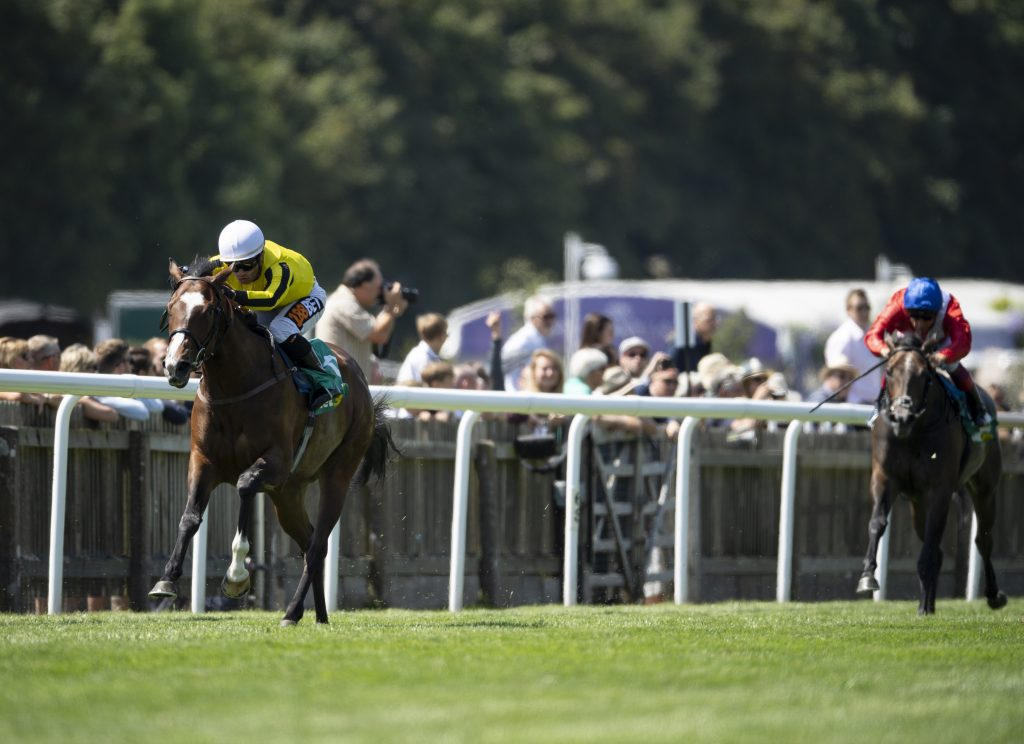 There’s plenty of high-class racing this weekend with six televised races on ITV, four from Newmarket and two from Haydock Park. The highlights come at Newmarket where top two-year-old form will be tested in the Group 2 Royal Lodge Stakes followed by two exciting Group 1 events, the Cheveley Park and Middle Park. The minefield that is the thirty-five runner Cambridgeshire Handicap is the only non-group race from Newmarket with Haydock providing another two handicaps, you can find all our ITV Racing tips here.

John Gosden already has a fairly firm grip on next year’s 2000 Guineas market with juvenile stars Too Darn Hot and Calyx but looks to unleash another top prospect here in the shape of Beatboxer. He is two from two so far and has done everything very easily, this represents a big step up in class though. In opposition is Royal Ascot winner Arthur Kitt who was no match for leading juvenile Too Darn Hot last time when losing his unbeaten record but brings strong form to the table and will be no pushover. The form of Cape Of Good Hope‘s second to National Stakes winner Quorto has been well advertised by the winner and he looks the pick of the Ballydoyle runners. Karl Burke’s Kadar was well supported before being declared a non-runner.

It took many by surprise when Pretty Pollyanna bolted up in the Duchess Of Cambridge Stakes at 20/1 having finished fifth in the Albany at Royal Ascot the time before but she proved it was no fluke with a professional performance in the Prix Morny last time, she is the one to beat. Signora Cabello has enjoyed an excellent season for John Quinn and has the assistance of Frankie Dettori in the saddle but has work to do to reverse placings with the favourite. Fairyland narrowly won a weak looking Group 2 last time out and holds The Mackem Bullet on that form but likely needs more. This is a very deep renewal and Aidan O’Brien’s So Perfect certainly isn’t out of it following a narrow defeat to the smart Advertise last time while Lady Kaya travelled like a dream before emptying at the business end of the Moyglare and should go well back at six furlongs.

Potential superstar could prove tough nut to crack for Ballydoyle

There was something quite breathtaking about the way Ten Sovereigns stormed away from a huge field at the Curragh on debut to win by seven lengths and he backed that up not long after with a facile Group 3 win at the same track. He is up in class again here but has looked something extraordinary so far and is an exciting prospect. Jash was very well backed on debut and duly bolted up before justifying extremely prohibitive odds next time at Salisbury so looks worth a go at this level. This is somewhat of a retrieval mission for Sergei Prokofiev who looked so promising before blowing out last time. Kevin Ryan’s Emaraaty Ana has done little wrong in his short career and comes here off the back of a classy performance in the Gimcrack though faces better opposition here.

A thirty-five runner handicap is not for the feint hearted and this year’s renewal looks a particularly tricky puzzle to solve. Towards the top of the market is Alfarris who was second last time but gets a nice pull in the weights with his conqueror Pivoine and has done nothing but improve this season. Danceteria looked unlucky when flying home off a steady pace at the Curragh last time and must have a chance though his stablemate Thundering Blue could only manage seventh in this despite his very lenient mark. Saeed Bin Suroor’s Very Talented was third in this in 2016 and has had once run since where he bolted up having been smashed in the betting, he must have a chance. Further down in the betting are the likes of Sabador and Via Serendipity who have run well in big handicaps this year and wouldn’t be shocking winners.

There haven’t been any big gambles as of yet on the ITV races but there are certainly some movers about elsewhere, they include:

Our NAP Of The Day tip has been in tremendous form lately and is always worth checking out while our Accumulator tips and Lucky 15s are often on the mark as well and should go well on a day full of good potential bets and classy racing.

Only one six-year-old has tasted success in the Cambridgeshire since 2005 so it should pay to look at the younger contestants, last year’s winner Dolphin Vista was four years old.