From an idea in late 2016 to reality in mid 2017, the myracing.com greyhound syndicate has got off to a flying start this year. From the three original pups, we have already added twice more to the syndicate, with some members adding further hounds on top, with more planned in 2018. While myracing will be capping their involvement at five greyhounds, there will be a new syndicate evolving along with the current one if there are any interested parties out there for 2018. Nowhere else that we could start our review of 2017 than with the very first winner the syndicate had on the 13th June when Nuka smashed the lids and destroyed a bottom grade affair by five and three-quarter lengths. She now boasts a record of 4/21 with an A6 and a pair of A5 wins. She was arguably unlucky not to get higher than A4, having finished runner-up in that grade four times in July and August. We are hoping that she can progress further up the grades in 2018 with her early pace always a weapon at Crayford. Having come into season at the end of July, Dazzle has had less opportunities than Nuka has, a record of three wins from twelve races. She is a little bit feast or famine, a different animal when she gets out and on the bunny. Her wide margin A5 win in mid July just a week before coming into season has been her best run, stopping the clock in a slick 23.50.  We are hoping she can get on the bunny more weeks than not over six bends which she will start racing over in 2018. She has the potential to be a fair bit better than her A5 winning best in 2018, while the more her litter brother Droopys Expert wins, the better for her value as a brood bitch.

A bit of an enigma, he backed out of things at the third bend on both his first two races before twice ending up on the deck. A move to Henlow has been the making of him, already a three time winner there from five starts. He has taken considerably more time to mature than the girls but the signs are there that he may be ready to fulfil his potential in 2018. He is certainly running the track with more fluency at Henlow, a course with more sweeping bends and with confidence boosted, we should enjoy more success when things fall his way. 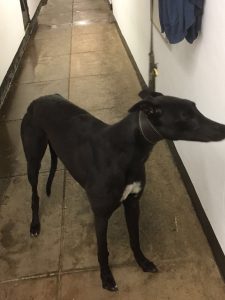 Picked up for less than any of the pups as he is older, he has really hit the ground running at Crayford. 3/14 at the track and 3/17 overall with open class runs at Harlow and Nottingham, he has shown some sparkling early pace. His sectional of 3.49 on the 28th of November was one of the quickest of the year and as an A2 winner, he will surely be our first top grade runner in 2018 as well as having more than chances to be our first open race winner. He is probably a better bet when he is drawn in stripes rather than further in, but his early pace will continue to be a potent weapon. 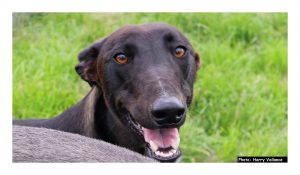 We ran a successful competition to name our unraced pup who is now known as Jacobs Fire. Raising £400 in the process for GOSH, her name was revealed live on RPGTV in November . She is beautifully bred with her sire winning the Irish St Leger and her dam winning the Oaks. While we are not expecting her to live up to those lofty standards, she has the potential to make her presence felt in 2018 and beyond and we can always dream that she can make her presence felt at the highest level.

We would like to thank everyone in the myracing,com greyhound syndicate for making the decision to join us on this adventure. They were guinea pigs of sort given that this is the first syndicate we have tried, with the group already boasting plenty of success. Thanks also to Jim, Kelly, Jemma, Matty and all the staff at Kelva Kennels who have worked tirelessly to control an ever expanding roster of hounds as well as the emotions of a large group of primarily new owners. The job they do, caring for the dogs is the most important there is. A happy hound is a winning hound, we do the easy bit paying the bills and collecting trophies, the hard graft is all down to the team at Kelva.