Grand National Round Up: What’s Happening in the Trial Races 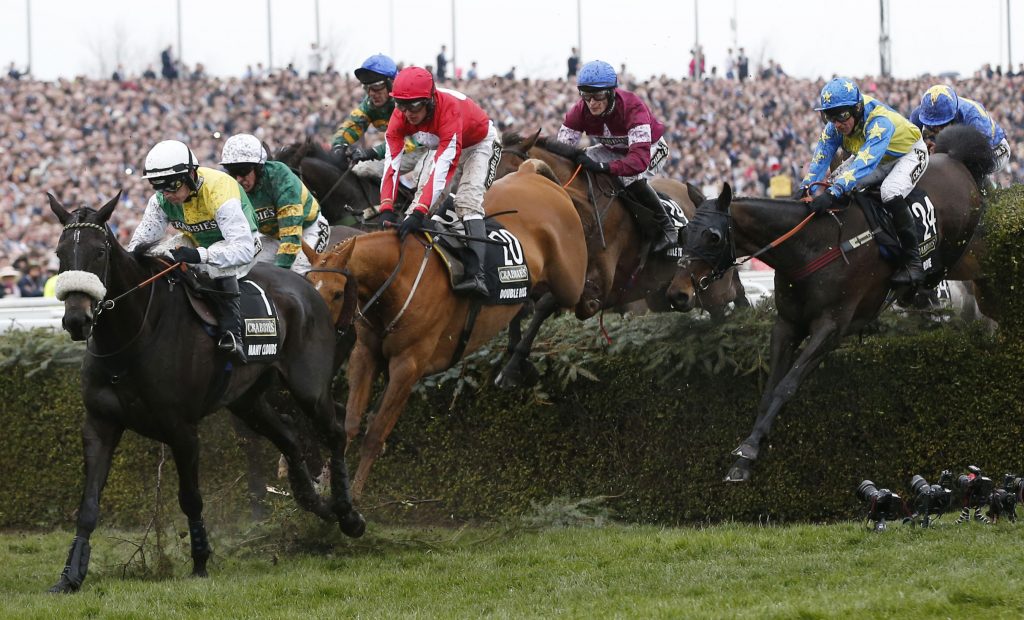 With the Grand National fast approaching, it’s time to start to get down into the form for the Aintree Showpiece. We have already been given subtle clues and hints about who is likely to go close in the big race and have our Grand National Tips on the site. With many trial races completed over the season, we look back at some critical Grand National trial races with analysis and results, with a look ahead to the big race coming on Saturday 8th April!

The Hennessy is a real test of stamina and jumping so can give an early indication of the key stayers in the chasing division, with there being a few in the Grand National market who competed in the contest back in November. Third in the market for the Grand National, Blaklion ran a good race upped in trip to finish fifth behind Native River in the race. He was keen early but kept on throughout and was only beaten around eight lengths in the end and as proved later on in the season, he was shaping to be a marathon trip runner in the making. Vicente is a general 25/1 shot for the race and needed the run when falling two out, well beaten at the time.

Seventh in the Grand National in 2016, Vieux Lion Rouge stamped his name as a very creditable threat for this seasons renewal when winning the Becher Chase in grim fashion, running down Highland Lodge late on when that horse idled close home. The Last Samuri ran well in the race off top weight giving the winner over a stone but only finished a length behind in third, with Ucello Conti coming home strongly to finish fourth. One For Arthur perhaps was given too much to do, coming off the pace to finish fifth, baring down on the leading four at the finish. All five of these look to have claims to the National, though the two to take out of it are perhaps One For Arthur and The Last Samuri. The former gave the big impression he’d come into his own over further (as he did in the Warwick Classic) and the latter did incredibly well to finish as close as he did despite giving so much weight away.

A strongly run affair this time around thanks to Native River forcing the issue from around half way, with Raz De Maree finishing second for Gavin Cromwell after coming home strongly under Ger Fox. He’s a general 40/1 shot for the race and certainly showed he had no problem stamina wise for a race like this, though time is against him at the age of twelve. Houblon Des Obeaux was far from disgraced in third place but was beaten a long way, though will not be giving away as much weight in the big race. Vicente stepped up from his Hennessy run to finish sixth, though was also well beaten and weakened quite tamely after a blunder five out. Bishops Road isn’t particularly fancied for the race this year but disappointed in this, well beaten in tenth and was struggling from five out.

This race was always going to be informative with two big antepost favourites locking horns at Haydock for their Grand National Trial. Vieux Lion Rouge travelled well throughout the contest and took it up approaching three out, but was continually pressed by Blaklion who looked likely to throw down a big threat. That he did, switching left to challenge approaching the last but was never able to get past David Pipe’s Vieux Lion Rouge who took off in the last fifty yards to win cosily in the end. Blaklion was far from disgraced in second considering he was giving that rival 6lb and has to remain of strong interest for the big race, with those two pulling fifteen lengths clear of all the others. Vieux Lion Rouge was slashed for the race as a result and that was no surprise after another game win that improved his credentials.

This turned into a two horse race, with the front two pulling fifty one lengths clear of the third. Thunder And Roses tried to make most for last year’s Grand National winning trainer Mouse Morris, taking up the lead at the third fence though was strongly pressed throughout. He started to extend his advantage at three out but Pleasant Company had slowly moved forward from the rear under Ruby Walsh who pushed the button before the final fence, running down the leader close home with seemingly more to give. He was only properly shaken up after the last and probably could have won by even further, so shouldn’t be one to underestimate going into the National. He will have the assistance of Ruby Walsh for the big race, which is obviously a big plus. Thunder And Roses wouldn’t be one to discount after that display either, though has work to do if he’s going to turn around those placings.

As with most years this race is very attrional and a huge stamina test, with even the best stayers struggling in this contest. One For Arthur as is his way was held up and despite being hampered early on, he led approaching two out and bounded clear on the run in to score by six lengths. The further Lucinda Russell’s eight year old goes the better he gets and this run just proved that, stamping his credentials for the big race. He’s already assured around the National fences and this race all but proved his stamina, so it’s not hard to see why he’s fancied in the market. Of the others, 66/1 antepost shot Goodtoknow was back in second, looking very tired towards the finish but could be an interesting outsider and Houblon Des Obeaux ran with credit again, staying on towards the finish to grab fourth, though he looked to be crying out for further. From what he has shown this season, 50/1 could be a good each way price for Venetia Williams ten year old.