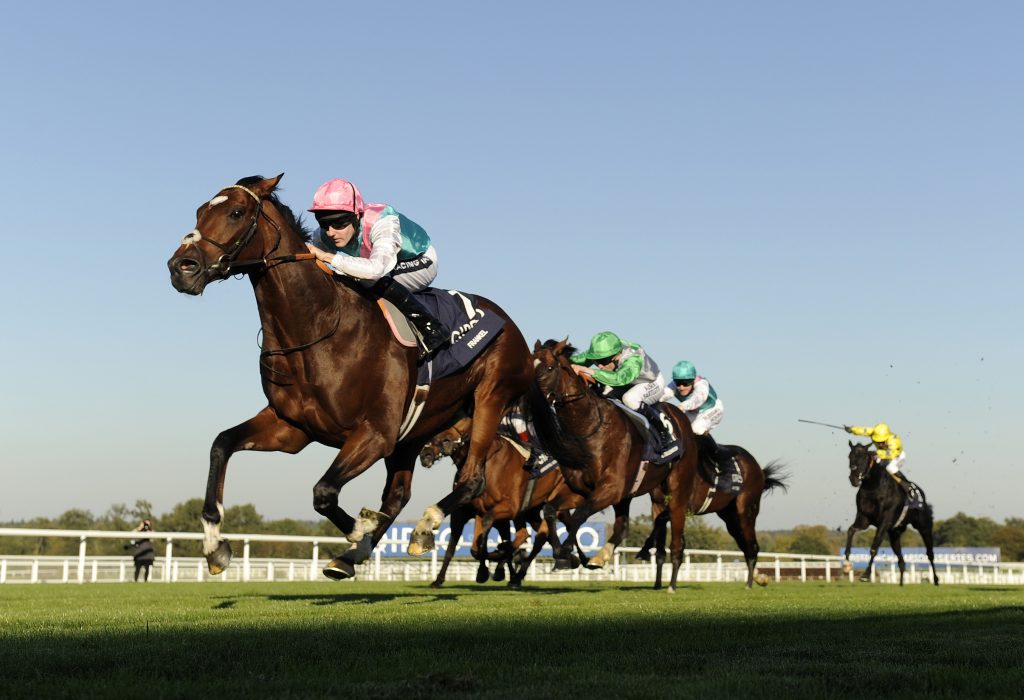 This might be the day that DRAGON SYMBOL gets a well deserved first Group 1 victory. After losing the Commonwealth Cup in the Stewards’ room he has picked up minor honours in four subsequent top flight sprints, most recently at the Curragh where he was fourth in the Flying Five Stakes.

He probably paid for contesting an overly strong early pace that day and might benefit from a slightly more patient ride back over what is probably his ideal trip.

This features a fascinating clash of the generations and I fancy PALACE PIER to get the better of some promising younger rivals.

The sole blemish on his ten-race record is a third in last year’s renewal but he has returned with four successive victories in 2021 and did well to deny Poetic Flare in the Prix du Jacques le Marois at Deauville in August after an interrupted preperation.

Reports suggest that things have gone more smoothly since then.

The Gosdens have every chance of completing a big race double with MISHRIFF. The son of Make Believe picked up two huge pots in the Middle East earlier this year and has proven he can match it against the very best that Europe has to offer since his return to Britain, picking up minor honours in the Eclipse and King George before a devastating win in the International at York where he sauntered six lengths clear of Alenquer.

It will take a smart effort to lower his colours if he can match that form after a break.

An Irish raider landed the day’s big handicap twelve months ago and I can see history repeating itself courtesy of Joseph O’Brien’s RAISE YOU.

A Listed winner for Andrew Balding in his youth, it has taken him a while to show that sort of form for his new yard but he has looked as good as ever since a winter gelding operation.

He found Group 3 company too hot at Leopardstown in April but won a handicap at the Curragh in April and would ahve finished closer with a clear run when last seen at Galway in July.

Sunray Major is the biggest danger having won his last two starts.