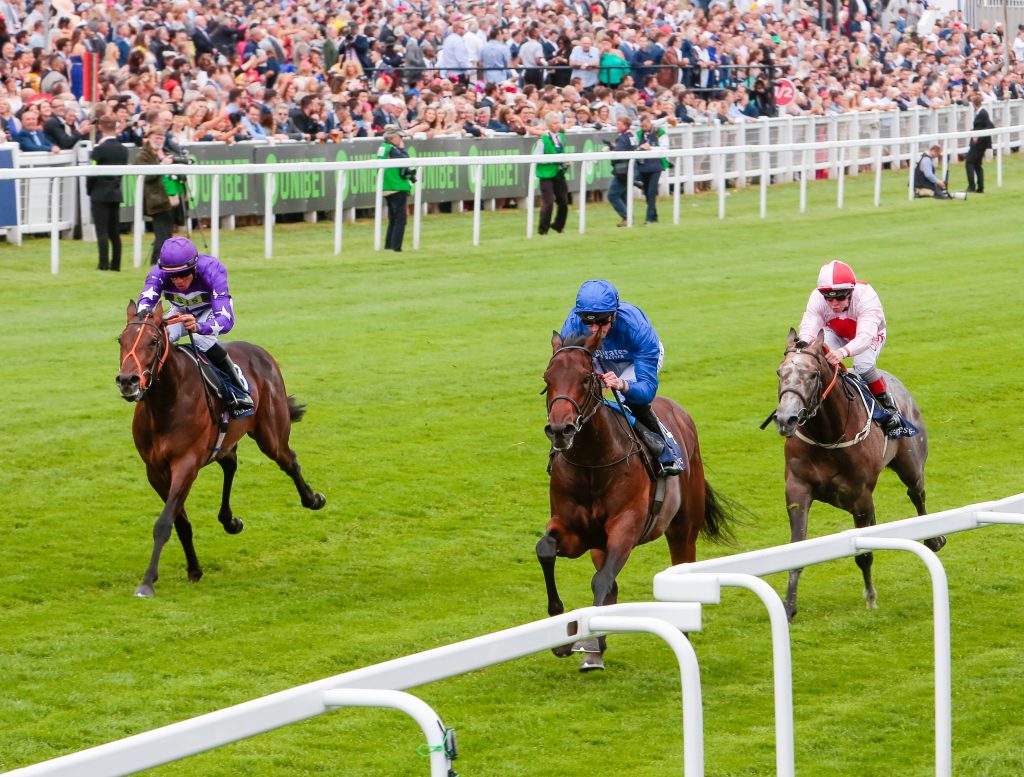 Royal Ascot 2019 was a rollercoaster of an event, with plenty of fantastic winners and eye-catching performances along the way. From Pinatubo’s magnificent run in the Chesham, to Stradivarius’ demolition of the Gold Cup field, we’ve taken a look at four runners you should be keeping a close eye on towards the future after their brilliant Royal Ascot runs. You can view all our horse racing tips now!

Arriving to Royal Ascot after a romp in the Woodcote Stakes, Pinatubo set the course record alight when landing the Chesham to open the final day. Travelling ominously well throughout the race, he powered home once switched into the clear and clocked a time of 1:25.73, with the previous course record standing at 1:26.55.

Connections have already pointed out the Vintage Stakes as his next potential target, with perhaps the bigger target being next year’s 2000 Guineas. A son of Shamardal, he’s half-brother to a twelve-furlong winner and there is plenty of stamina on his dam side (Lava Flow). That would give a huge amount of hope that this exciting juvenile could be a force in next year’s classic generation.

Crystal Ocean deservedly gained his first Group 1 success at Royal Ascot, taking the Prince Of Wales’s Stakes in great style. Beaten a neck in last year’s King George at the same venue, it was only a matter of time, especially as he’s returned as an improved horse this term, winning all three of his starts comfortably.

He stood plenty of racing last year so we’re more than likely to see him plenty more in 2019, with the Coral-Eclipse the race on the horizon before a potential tilt at the King George. He’s a horse with such a willing attitude and he should be in the hunt of the top middle-distance Group 1s for the rest of the year, now rated 127 after that fantastic Royal Ascot success.

Proving he still had plenty of wiggle room off his current mark and that he could potentially pay his way in pattern class too, Ben Vrackie went down by a short-head in the Duke Of Edinburgh last week. Missing the break and having plenty to do, he flew home towards the finish and was only just denied by a rival who just had better race position on the day.

That was over twelve furlongs and he shaped as though he’d relish a step up to fourteen furlongs, which he may get in the form of the bet365 Trophy at Newmarket. He’s the antepost favourite for that particular contest and given that he also holds a Group 2 entry on the same card, connections are dreaming big with this progressive sort.

A highly progressive sprinter as a two-year-old, including a second-place finish in the Dewhurst over seven furlongs, Advertise didn’t stay the Guineas trip on seasonal return when finishing down the field. Relatively unfancied in the market in the Commonwealth Cup, sent off 8/1, he travelled very powerfully into the race and pulled clear when asked for a decisive win.

His overall profile over six furlongs is upwardly mobile and he remains unexposed at the trip. There could be far more to come from him now we know he’s best in this division and given that he’s been installed as the favourite for this year’s July Cup, he’s definitely one to follow for the remainder of the season. Enable faces six in an Eclipse for the ages!
Coral-Eclipse