Five To Take Away From The Weekend’s Action Last weekend saw some incredible races in Britain, Ireland and France – with notable performances from the likes of Magical, Logician and Pinatubo likely to live long in the memory.

The show rolls on, however, with our free horse racing tips for today’s action currently on-site – including our Nap and Next Best bets of the day.

Here at myracing, we have looked in-depth over the weekend’s action to pick out five horses to keep a close eye on next time out – with their potential future targets mapped out below.

Logician justified favouritism to land the St Leger on Saturday, lowering the track record in the process. The performance of the third home, Nayef Road, was one that appears to have gone under the radar, however.

Mark Johnston’s colt kept on well for pressure – belying his 40/1 odds – to finish just a neck behind his much stronger-fancied stablemate, Sir Ron Priestley. He looks the type who could make up into a smart four-year-old next season.

Future Targets: An entry in the Long Distance Cup on Champions Day looks a little optimistic at this stage, but the Leger has proved a good stepping stone for stayers in recent years, with the mighty Stradivarius occupying the same finishing position as Nayef Road in the 2017 renewal.

A surprise 20/1 winner of the Group 1 Nassau Stakes at Glorious Goodwood, the Japanese raider Deirdre showed that effort to be no fluke when fourth in the Irish Champion Stakes at Leopardstown on Saturday.

Aidan O’Brien’s runners filled the first three places, but this mare would surely have had something to say about that had she been granted a clearer run – having lost momentum at a crucial stage when boxed in turning for home.

Future Targets: Three previous runs beyond 1m2f in her native Japan were not among her best, so her stamina for races such as the Arc and the Fillies and Mares race on Champions Day would be under question.

If ground conditions were to be on the fast side of good in October – which is a major ‘if’ – the British Champions Stakes would look an ideal race for her, and she is currently around the 20/1 mark for that contest.

David O’Meara’s Gulliver was the subject of a gamble prior to his run in the “Bold Lad” Sprint Handicap at the Curragh on Sunday. He did the best of those held up when a fast-finishing third – arguably unlucky not to occupy second place.

The first two home are both improving handicappers and the admirable Gordon Lord Byron finished fourth, so the form stacks up well.

Future Targets: This five-year-old is currently a general 20/1 shot for Saturday’s Ayr Gold Cup, and he would warrant serious respect if taking up that engagement. If bypassing Ayr, however, he still looks capable of landing a decent prize before the season is out.

The French Derby winner Sottsass returned from a break to land the Prix Niel at ParisLongchamp on Sunday – but that does not tell the whole story.

His rider Cristian Demuro was all dressed up with nowhere to go for much of the home straight, but as soon as he found a gap late on the response was immediate – with Sottsass pulling clear to score by a length.

Future Targets: A date with Enable in next month’s Arc now beckons, and Jean-Claude Rouget’s charge currently looks her strongest challenger. A general 7/1 chance with most firms, he appears to hold strong claims of becoming the first horse to complete the Prix Niel-Arc double since Rail Link in 2006.

The Adrian McGuinness trained Saltonstall has been called a few names in his career to date, but there were plenty of positives to be taken from his run at the Curragh on Sunday.

Having hit the front a furlong out, this gelding by Pivotal was only mown down late on. The 1m2f trip appeared to stretch his stamina reserves there, so expect him to be dropped back in distance next time out.

Future Targets: Newmarket’s Cambridgeshire Handicap could be a potential target, albeit he would need to be supplemented, and his current rating of 93 may leave him short. Alternatively, the valuable Balmoral Handicap on Champions Day could also be under consideration, although he would again need to go up a few pounds to get into that contest. 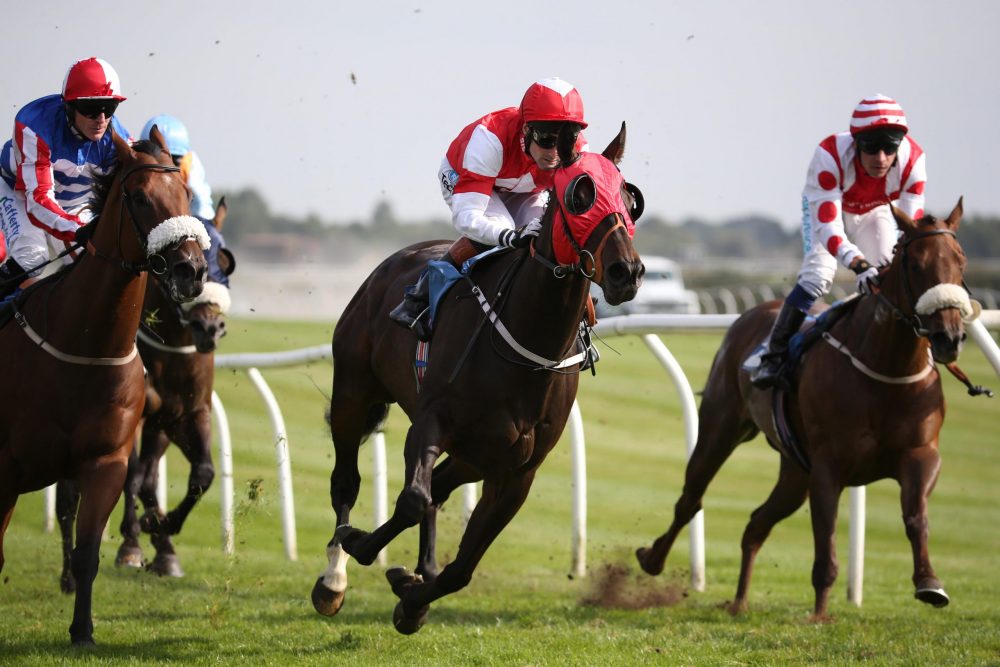