Where to Drink in Cheltenham During the 2016 Festival 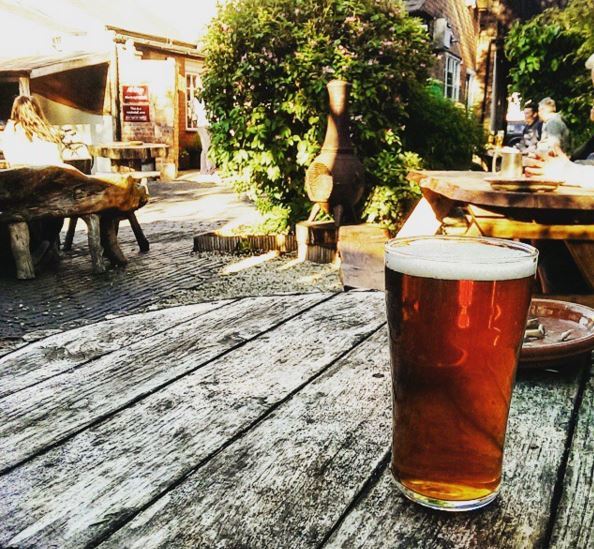 Cheltenham has no shortage of great bars and pubs to while away the evening in once you’re back from the races.

Whether you want to live it large or fancy chilling out with a few ales and a roaring fire, Cheltenham has drinking options in spades. Here are some of your best options:

Drinking in Cheltenham… If you win big

There’s no doubt that No 131 on The Promenade is pretty plush. With a gorgeous Georgian aesthetic, this small hotel’s bar, called Crazy Eights, boasts some truly innovative cocktails made some of the city’s most knowledgeable mixologists. Terrific for losing your winnings in the most opulent manner possible.

Enjoying an art deco-inspired tipple or two in The Daffodil on Suffolk Parade was always a Cheltenham must until it closed earlier this year. Imagine my delight then to hear it’s reopening on the Friday of Cheltenham weekend. Expect it to be rammed – especially if the team re-establish the tradition of a ‘happy hour’ of half-price champagne.

Regardless of your winnings, The Retreat on Suffolk Parade is a drinkery that you’ll probably find yourself in at some point during the weekend. By day it’s a reasonably laid back wine bar but really gets going when the sun goes down. It’s been a part of Cheltenham for over 30 years and stocks a number of must-try drinks from local breweries and distilleries. Mine’s a Sibling Gin!

Where to Eat at Cheltenham Festival

Who’ll Step Up in Faugheen’s Absence?

Drinking in Cheltenham… If you’re on an ale-hunt

Slightly out of town on Painswick Road sits the Jolly Brewmaster. It’s a proper local – with all the charm you’ll expect. In the age of the gastropub, it’s uncommon for a pub not to do food at all, but the Brewmaster concentrates purely on the booze and it’s all the best for it. Well worth a tipple if you’re staying around the Montpelier area – as is the Beehive just down the road which does a fair share of ‘interesting’ ciders and gins..

Centrally, the aforementioned Tavern of Royal Well Place is more food-centric but has an enviable cask ale selection.

Beer fans of any description would be doing themselves a disservice if they neglected to visit the CAMRA Pub of the Year 2015 Sandford Park Ale House (Cheltenham High Street). It’s only been open for three years, having previously been a dilapidated nightclub but recently won the coveted award on account of its homely décor, welcoming atmosphere and, of course, encyclopaedic range of beers, ales and ciders.

There are 11 different pumps and innumerable bottles, while a CAMRA judge described the quality of its ales as “among the highest ever recorded in the contest”. Yeah, it’s impressive.

Drinking in Cheltenham… If you want somewhere for after hours

If you can get in, The 21 Club on Regent Street is owned by local breeder Richard Davies and so is pretty synonymous with racing. Expect to rub noses with festival jockeys, trainers and owners should you manage to squeeze in. The venue’s Gold Cup winners party is more exclusive yet. He’s recently opened up a new venue too, called AquaVitae, check it out!

Positively dripping with a trendy aesthetic and 20s-era furnishings, Thirteen Degrees is a boutique nightspot that’s the perfect option if you want somewhere hip and happening. There’s a chill out room, cocktail bar and large central disco area, so something to suit everyone – while if you drink at its sister cocktail bar 6 Degrees you’ll enjoy free entry.

Coco is a hip venue that intimately squeezes all patrons together in its single basement area and has a great variety of DJs on offer, and while V Club on Albion St isn’t to everyone’s taste, it does have a steady number of drinks deals in the evening and always commandeers a good crowd. If you’re more Noel Gallagher than Calvin Harris, get yourself down to 2 Pigs on Church St. It’s the home of Cheltenham’s alternative spirit and its Saturday club night is chock-full of indie kids young and old doing their best Alex Turner impression.

Where to get your Cheltenham tips?

Find out the best tips on our Cheltenham betting tips page today.