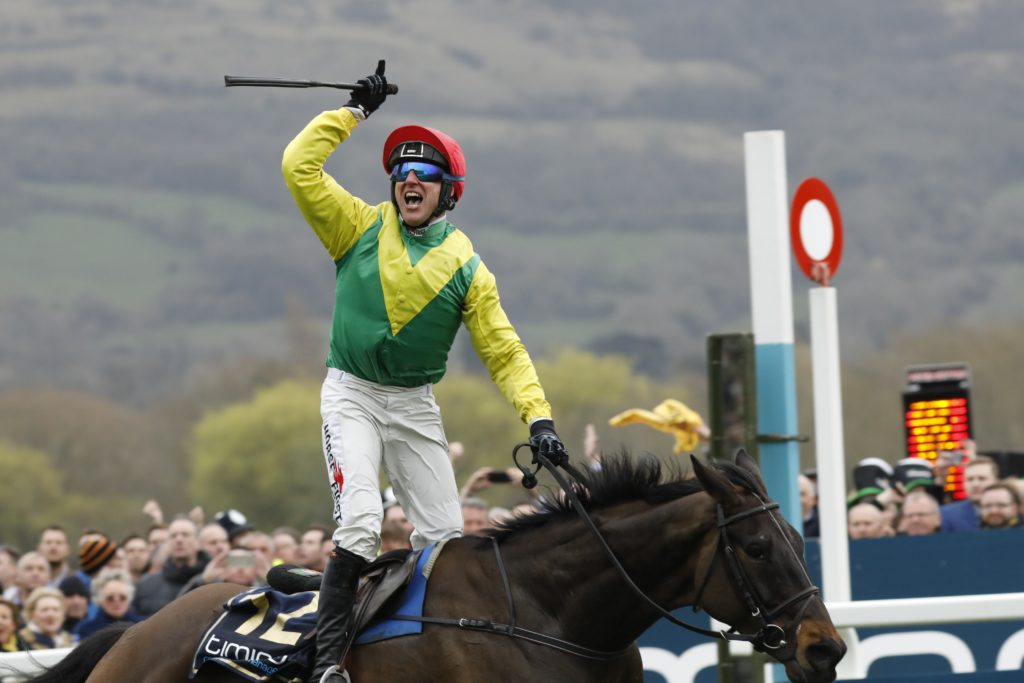 The Timico Gold Cup at the Cheltenham Festival is the feature race of the whole national hunt season, it has produced countless memorable and incredible performances and takes a really brilliant and brave horse to win it. Recent winners such as Denman and Kauto Star are true legends of the sport. Below we will look at all the key trends and statistics to help you pick the winner and you can read our Cheltenham Festival Gold Cup tips.

The Gold Cup picture has been a bit murky all season but the waters are cleared up a bit with these trends and one horse that fits all of these categories is antepost favourite Might Bite. He is a three-time Grade 1 winner who last raced on Boxing Day, he is in the top 3 in the betting and a rating of of 169 puts him right in the mix.

Might Bite is the obvious starting place as although he has been labelled quirky since his antics up the run in last year in the RSA he has done absolutely nothing wrong this season, he reappeared with an easy victory over the now 164-rated Frodon over a trip too short and followed up with a decent enough win in the King George when always doing enough after the last. He hasn’t blotted his copybook in any way and looks to be a more than solid option with some of his other rivals having patchy looking profiles. He is the highest rated horse in the field after just nine starts over fences and he is hard to knock at this point.

Colin Tizzard does very well with his staying chasers and looks to have two darts at this race this year with Native River and the old boy Cue Card. The former has had just the one start since finishing third in last year’s renewal and was a very easy winner of a weak looking Denman Chase so looks to have a fighting chance of running as well if not better this year, he jumps very well and finds plenty off the bridle which is crucial in a race that can become a slog such as the Gold Cup and if the ground turned up a bit softer than usual he’d have an enormous chase. The stats are hugely against Cue Card, he is a twelve year old now who has fallen both times that he has contested this race but it would be a hell of a story were he to get involved. He showed the he retained all his ability when putting it right up to Waiting Patiently even after setting a relentless gallop throughout and he stuck on gamely to the line, he has earned another shot at the race and there wouldn’t be a dry eye in the house were he to win.

Road To Respect looks one of the more intriguing Irish raiders, he absolutely bolted up in the Grade 3 Brown Advisory Plate at the Festival last year and has since won two Grade 1s and stamped his name as a real contender when winning the Lexus in good style last time out. He travelled into the race nicely the last day and put it to bed well. He has been given a nice break and will be going into the race fresh which should help him, he has a really solid profile. Another Irish contender Our Duke has had a bit of a strange preparation but is seriously talented, he had an operation earlier in the season and looked back to his best over two and a half miles in the Red Mills Chase last time but it wasn’t an easy race and the Gold Cup isn’t too far after.

See our Cheltenham Festival tips section for all our tips, previews and content.