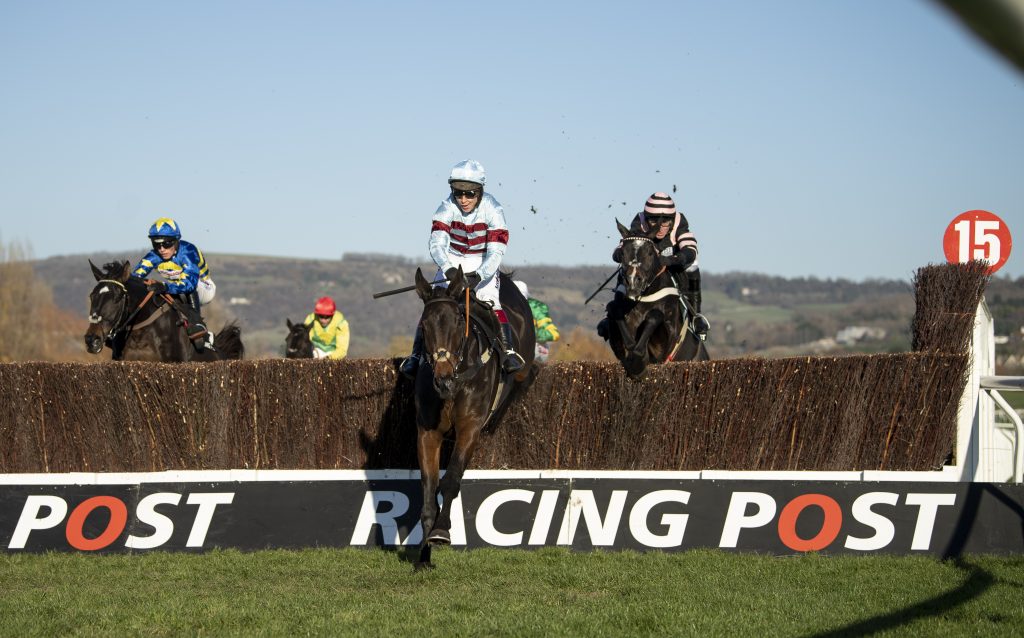 Once upon a time, a racecourse was built in Gloucestershire, a track where, in mid-March in front of thronged crowds, Champions are crowned, equine heroes who deserve their place at the pinnacle of our sport. There is something innately special, a crackling atmosphere that has seen some of the finest National Hunt racing down the years in that natural amphitheatre at the foot of Cleeve Hill.

An electric charge that carries through twenty-eight races, leaving attendees physically and emotionally drained but desperate for another shot in the arm of this magical elixir. There truly is no meeting in the world like the Cheltenham Festival.

A scan of the winners of the Grade 1’s here through the years leave one misty-eyed in remembrance of those gone before. The majesty of Kauto Star, the sheer guts of Desert Orchid and the sublime wonder of the Irish mare, Dawn Run. 2019 has its own potential fairytale part written, waiting in the wings for the final flourish from the fountain pen of the Gods of fate and chance.

The 2019 Arkle Novices’ Chase is the race in question on the first day of the Cheltenham Festival, where a well-known tissue company could perhaps corner the market for one day. ‘There won’t a dry eye in the house’ may sound overused to some but the emotion could hold true on the 12th of March.

The first anniversary of the death of Richard Woollacott has recently passed, a trainer who was seemingly on the cusp of the big time with a 1-2 punch of Long Distance Hurdle winner Beer Goggles and Aintree Bumper scorer, Lalor.

The latter returned to Aintree last April to claim his place at the top table with a fluent success in the Betway Top Novices’ Hurdle. Betway sponsor the Woollacott yard, with trainer Kayley out to make her own mark on the National Hunt scene.

A sponsorship that includes a wonderfully poignant video courtesy of Betway on the road to the Festival for Lalor this season.

The fluency of his Cheltenham success in November propelled Lalor straight to the head of the market for the Arkle, with excuses for his below-par run at Sandown that followed. If decent ground is the order of the day at Cheltenham, the expectation of a return to the pick of his form, would see Lalor as one of the best-backed horses on the card.

Punters won’t see him between now and Cheltenham with Doncaster this weekend taken from the plan of action after connections walked the course on Wednesday. In her Betway blog, Woolacott said “He’s in great form, he did one of his best pieces of work this season last Friday, so it’s a shame that we’re not going up to Donny, but we don’t think it’s worth the risk.”

A prize asset such as Lalor has to be looked after but on the 12th of March the wraps will come off, the tapes will fly back and thirteen fences will stand between him and one of those Cheltenham Festival wins that will be talked about for generations to come.

Everyone at myracing would like to wish Kayley Woollacott and her team all the best for the rest of the season, especially for the fairytale that Hans Christian Andersen and The Pogues combined couldn’t conjure up if Lalor can land the Arkle.