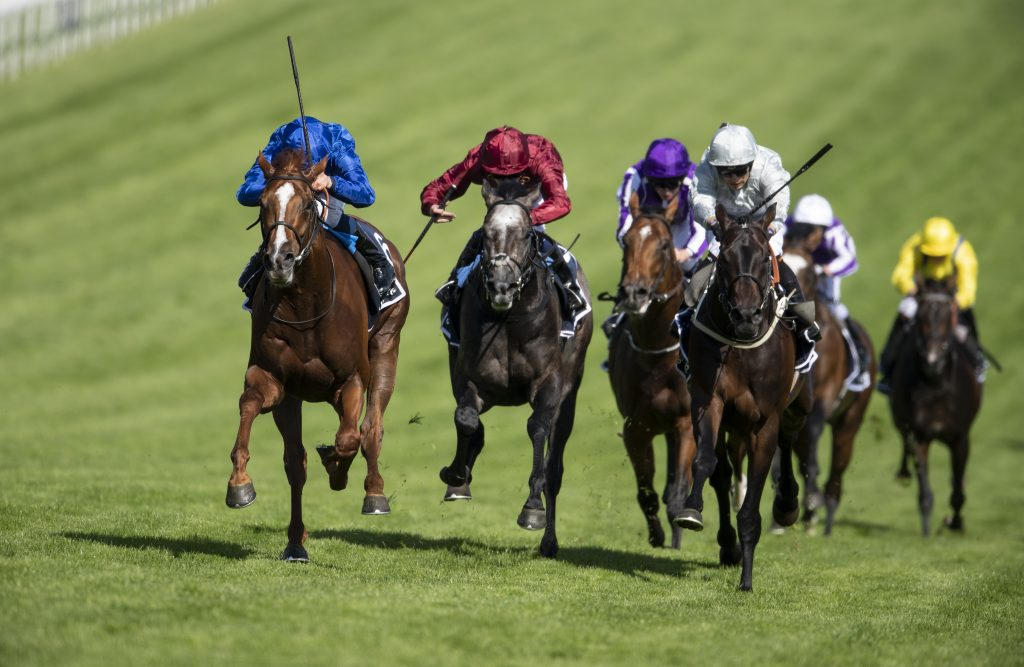 It’s Derby Day at Epsom, the most prestigious flat race in the British calendar is the ultimate test of a racehorse where this season thirteen line up in a bid to land the prize of over £920,000.

There are a pair of Group 3’s as well as the Dash, which is known as the fastest five furlongs in the world! We have previews for every race to go with our Epsom Tips.

Our best bet of the televised action comes in the big race of the day and we are going for Sir Dragonet to take Derby glory under Ryan Moore. He’s the most inexperienced horse in the field but the manner in which he’s won both his starts has been exceptional.

Rattling home to score by eight lengths in the Chester Vase, he showed plenty of class that day and if being able to reproduce that finishing kick, should have too much for the field.

We’re off to Epsom again for our big priced selection to keep an eye on and it’s Stone Of Destiny. He is winless since joining Andrew Balding but that doesn’t tell the whole story. Keeping very good company throughout his career, he wasn’t beaten far in his only attempt in a handicap, over 5f which is too short for him, off a 2lb higher mark.

Fourth in the Commonwealth Cup last season is an excellent piece of form which makes him look well-handicapped here and we’re expecting him to go close tackling handicap company.

No one has been in better form than Sir Michael Stoute in the past two weeks, with the master trainer boasting an astonishing 60% strike rate in the past 14 days – 12 winners from 20 runners!

He has four runners today, including three at Epsom!

Silvestre De Sousa has been the man to follow around Epsom in recent years. He’s the winning-most jockey at the track over the past five years with 34 wins, 21 clear of Charles Bishop in second. A 28% strike rate and +£48.61 level stakes profit shows just how effective the Champion Jockey is at Epsom Downs.

Fresh off the back of a five-timer on Thursday, he has five rides at Epsom.

*odds the best available at the time of writing