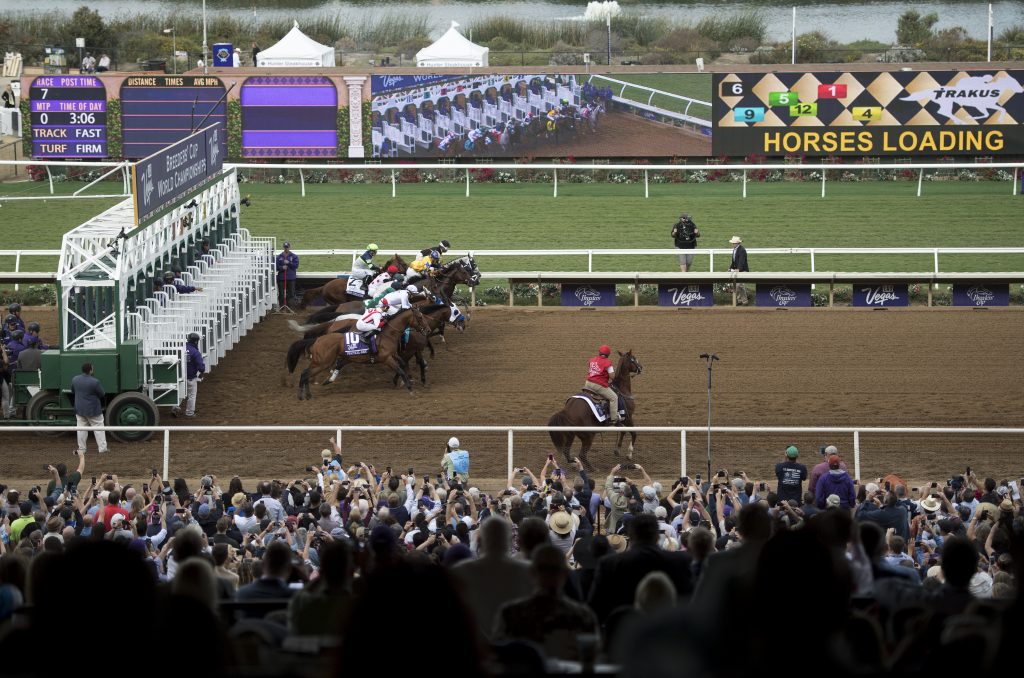 The second leg of America’s Triple Crown, the Preakness Stakes is one of the most important races of the calendar year. It has even more significance in 2021, as Medina Spirit looks to extend his bid for the aforementioned Triple Crown.

Bob Baffert’s charge has been steeped in controversy since winning the Kentucky Derby, having tested positive for anti-inflammatory drug betamethasone post-race. For the time being, however, let’s focus on the on-track action. We’ve analysed each of the 10 contenders and picked out an 14-1 tip for this Grade 1 of huge importance, both on and off the track.

Got off the mark at the eighth attempt with victory at Oaklawn Park, following up at Churchill Downs a few weeks later. With just maiden claiming and allowance victories to his name, he needs to find a massive amount of improvement to threaten in his first stakes attempt; dismissed.

Lacks any tactical speed which means he’s a passenger to fate, as he was when failing to figure in the Kentucky Derby last time. That race didn’t set up for him and the Preakness is unlikely to either, with Medina Spirit almost certain to be on an uncontested lead. He’s very difficult to fancy as a result.

Had finished runner up in both the Grade 2 San Felipe and Grade 1 Santa Anita Derby prior to an all-the-way success in the Kentucky Derby. That was a gutsy performance, fending off three classy challengers in the stretch, and none of those rivals reoppose him. This is a much easier contest as a result and with the only pace angle being stablemate Concert Tour, he should get everything his own way. No horse in this field can live with his early pace and he’s the horse to beat as a result.

Has just the three runs under his belt, winning his debut at Aqueduct in January. He’s subsequently placed in the Grade 3 Gotham and the Grade 2 Wood Memorial, with the latter effort a shade disappointing. Both the horses in front of him were poor in the Kentucky Derby and we still don’t know his best trip.

Just the two wins from eight starts, landing the Grade 3 Lecomte at Fair Grounds back in January. He’s been highly competitive at stronger levels since, including a Grade 2 second in the Louisiana Derby. Can perhaps be excused his Derby run as he was unable to get prominent after a rough beginning and he’s an each-way player.

Placed at Grade 1 level as a juvenile, returning in 2021 with a Listed victory at Golden Gate. He raced too close to the pace in the Blue Grass last time and his third-place can be upgraded as a result. He’ll get a strong pace to chase here, which will help, and his form figures are progressive. Could easily have more to offer and has potential to go close.

Didn’t beat the strongest fields in Japan last year and he was failed to fire in the UAE Derby at Meydan earlier this year despite a good trip. None of his form thus far would make him a player in this and others are readily preferred.

Another horse who lacks tactical speed and he’ll be looking to come fast and late under Luis Saez. He was perhaps flattered when finishing second in the Lexington last time, helped by a strong pace on a sloppy track. None of his prior form would make him a contender in this and it’s best to look elsewhere.

Has relished stretching out in distance, winning his third and final juvenile start at Aqueduct last December. He’s been much improved in 2021, winning the Withers on return before a below-par effort in the Wood Memorial. You can make excuses for that, however, as he was keen early and never looked comfortable. Sent off favourite for the Wood Memorial, which says plenty about his talent, and he remains unexposed at this trip. Should improve again and will have a perfect trip behind the leaders.

Unbeaten in his first three starts, including a highly-impressive victory in the Rebel. Sent off a very short price for the Arkansas Derby since but ran flat, finishing just third behind a horse he brushed aside in the Rebel on his prior start. That would suggest he ran below his best, but he won’t be able to dominate this field with Medina Spirit also entered. Extremely talented, but perhaps today isn’t his day.

As previously mentioned, the further he’s gone, the better RISK TAKING has looked. His biggest asset is his stamina, which he proved on 2021 return when powering clear in the Withers at Aqueduct. He did underperform in the Wood Memorial last time, but nothing went his way and the fact he was sent off favourite tells you plenty.

He should get the perfect trip in behind the pace set by Medina Spirit and Concert Tour, and if those leaders do start to falter in the closing stages, you can be sure he’ll be picking up the pieces under Jose Ortiz.