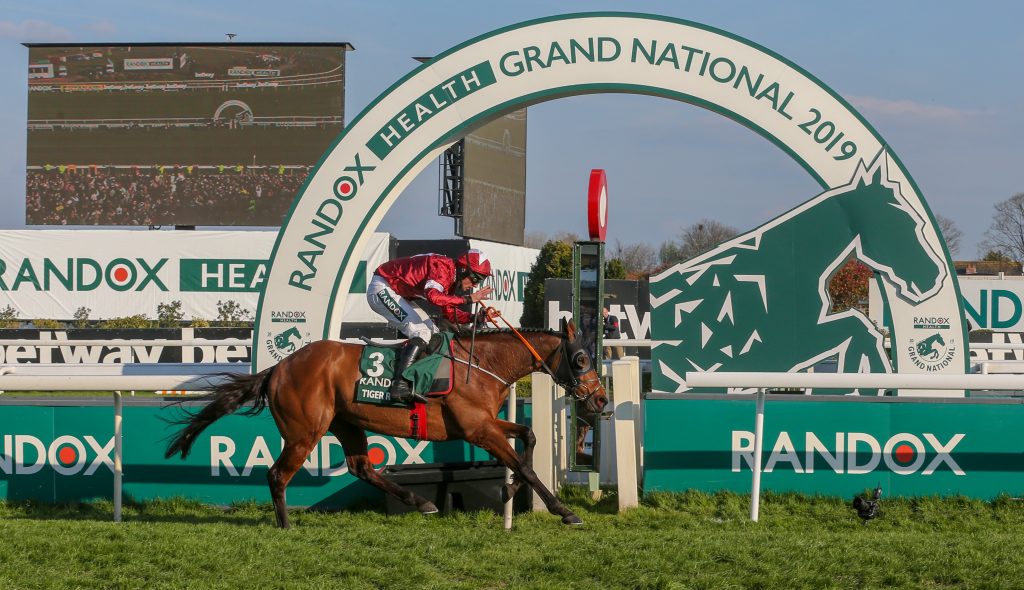 Tiger Roll might have his first run of the season in the Ladbrokes Champion Chase at Down Royal next month. Covid-19 scuppered all chance for the 10-year-old to join Red Rum as a three-time winner of the Aintree Grand National in 2020.

Running in the famous maroon of Gigginstown House Stud, he was last seen being put in his place by Easysland in the cross-country chase at the Cheltenham Festival in March.

Gordon has his say

“The ground was probably softer than what he wanted that day. He was stiff and sore after the race. If you watch the re-run again, he loses his hind-end a little bit turning in, and he was sore.

“I think it might have been a blessing in disguise (no Grand National run). He’s a fresh horse this year. He’s absolutely bouncing at the moment.

Tiger destined for Down Royal

“I’m not sure where I’m going to start him off yet, but do you know, he’s definitely going to have an entry in Down Royal in the big chase because if the ground turned up quick, you’d be nervous about running Presenting Percy or Delta Work. I’d hate to not have him entered.”

Gordon was then asked about Cheltenham as a target, and he added: “It’s a big priority for me and he’ll be trained for Cheltenham, number one, and the Aintree Grand National, number two.”

Presenting Percy for the Grand National?

Philip Reynolds must not have been happy with how everything went regarding his horse when trained by Pat Kelly. He is now trained by Gordon who hinted at the possibility that he might run in the Aintree Grand National.

Elliott said: “He’s not your typical big three-mile chaser. He’s a short-coupled horse but he’s got – the one thing about him is he’s got a real deep girth, so loads of room there for oxygen, and a good heart. We’re happy with what he’s shown us at home.

“He’s being trained for the Gold Cup at the moment, but I definitely have the English Grand National in the back of my mind. I think he’s the type of horse that would suit the race. He’s got a lot of class. He travels. He jumps.”

The yard have a superstar on their hands in the shape of Envoi Allen. He is a dual Cheltenham Festival winner and antepost punters are keen to know whether he will go for the March Novices’, Arkle or RSA Chase.

Elliott said he will bide his time with the horse this season, adding: “I’d imagine if you asked me to put my hand on my heart now, his target in Cheltenham; I’d say it’s the Marsh (Novices’ Chase over two miles and five furlongs).”