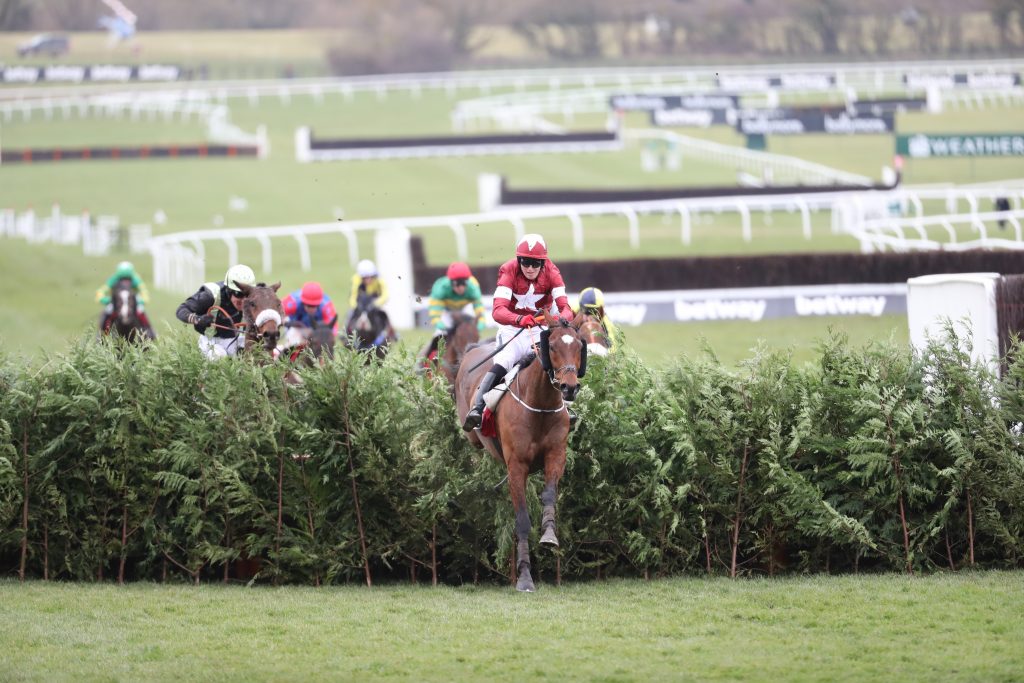 The first of three excellent days racing at Prestbury Park for Cheltenham’s November meeting. We have four live races on ITV4 and begin with a competitive two mile handicap chase which is followed by the Steel Plate And Sections Novices’ Chase. Won last year by Finian’s Oscar, there are some exciting types in the contest once again. Grand National winner Tiger Roll makes his return in the Glenfarclas Cross Country Handicap Chase and we finish the day with the Grade 2 Ballymore Novices’ Hurdle. All our ITV Racing tips are live!

The Steel Plate And Sections Novices’ Chase looks a competitive affair this season with a number of potential top class horses in the field. Mr Whipped was a Grade 2 winner over hurdles last season and his rivals didn’t quite reach that level. He won his only Point to Point start and looks made for fences. White Moon is an interesting contender having won his first two for the in-form Colin Tizzard, but was tailed off in a Grade 2 in December and hasn’t been seen since. An effortless winner of two starts over hurdles, Jerrysback could hardly have been more impressive to date. But he didn’t race last season which means he can only really be a watching brief today, albeit he looks very talented.

Our Steel Plate And Sections Novices’ Chase tips are on site!

Pym looks to back up the hype

Pym has been a name on peoples lips for some time now being under the same ownership as the mighty Altior. He won the same race at Chepstow that his stablemate did three years prior which further added to the hype surrounding Nicky Henderson’s youngster. Since beaten an odds of 4/7, he has a bit to prove now and will need this step up in trip to bring out some improvement. The challengers are aplenty, not least with Coolanly, who ended last season with an excellent fifth in Grade 1 company which earned him favouritism for the Persian War Novices’ Hurlde on his reappearance only for him to fall early. Nestor Park was a decent performer in bumpers, having beaten subsequent Grade 2 winner, Portrush Ted, at Ascot back in November of last year and he can go well at a big price.

Our Ballymore Novices’ Hurdle tips are on site!

Following an 11/1 winner and 20/1 places on yesterday evenings bet, we have a 40/1 Each Way Double tip on site for today. We also have a 37/1 Accumulator tip for the ITV action along with our Cheltenham tips for every race at Prestbury Park.

Jeremiah McGrath has a 50% strike rate when riding for Nicky Henderson in the past two weeks. The pair team up with Dream Du Grand Val (1.15pm) and Mr Whipped (2.25pm) at Cheltenham today.