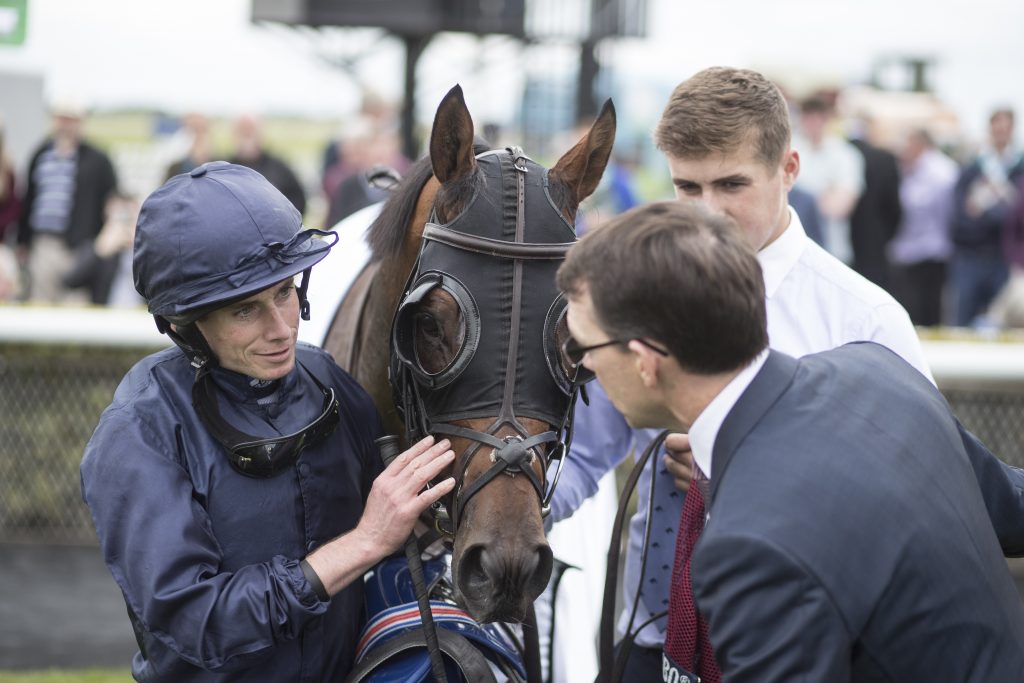 The main focus for UK racing fans may well be on the St Leger at Doncaster this weekend, but over in Ireland, there’s two days of the very best action around.

If you’re looking for a NAP of the day, then the Irish Champions Weekend at Leopardstown on Saturday or the Curragh on Sunday could be the place to look.

There are no less than six Group One races over the two days with plenty of the top trainers represented, including the usual plethora of talent from Ballydoyle.

Luke Parkinson has taken a look at the two cards and put together a five-fold that could be rewarding.

The Irish Champion Stakes is the first Group One of the meeting and it sets a great standard with Magical heading the betting for trainer Aidan O’Brien.

The four-year-old filly has been chasing Enable around for much of the season, finshing second to her on her last two starts, and was also runner-up to Crystal Ocean at Ascot in June.

Saturday’s field doesn’t appear to quite live up to those big names and means Magical should be able to return to winning ways after landing a hat-trick at the start of the season.

Elarqam, trained by Mark Johnston, appears to be her only danger but considering she receives 3lb less than her closest rival, she should be able to get the job done.

Laurens made the most of her trip to Leopardstown last year to win this race as a 10/1 shot in the hands of Daniel Tudhope.

He got the ride after Laurens’ usual jockey, P J McDonald, was on the sidelines due to injury, but now McDonald gets the chance to set the record straight in his home country.

He has partnered Laurens to thirteen of her fifteen victories and can extend that record to fourteen from sixteen this Saturday.

The four-year-old won the Group One Prix Rothschild over a mile at Deauville in July, but could have done with the extra furlong when just falling short by a nose in the City of York Stakes on the Knavesmire last time.

That suggests that the return to a mile should suit and she should be expected to win back-to-back renewals of this.

Blink and you’ll miss this. The Flying Five Stakes does exactly what it says on the tin.

Run over five furlongs, these super speedsters are lead by the Edward Lynam-trained Soffia in the betting, but it could be Mabs Cross who is first past the post.

He has been running in some excellent races this season and has finished fourth in Group One races behind both Blue Point and Battaash.

Much like Magical, Mabs Cross is unlikely to bang into anything quite that good this weekend and could make that opportunity count.

William Buick and Charlie Appleby were successful in this race last year thanks to Quorto and have an excellent chance of following suit with next year’s ante-post 2000 Guineas favourite, Pinatubo.

The Shamardal colt has made an unbeaten start to his racing career, winning at Wolverhampton and Epsom, before stepping up to Listed company to comfortably win the Chesham Stakes at Royal Ascot.

He’s improved again since then to land the Vintage Stakes by five lengths at Goodwood in July, and everything points towards him making it five races unbeaten this Sunday.

Sunday’s really big one at the Curragh is the Irish St Leger and this is a race that has been won three times in the last four years by Aidan O’Brien.

Two of those victories came thanks to Order of St George, who was guided to victory in 2015 by Joseph O’Brien.

Now in the training ranks, Joseph has a great chance to trump his Dad with the Irish Derby-winning Latrobe.

He was second in this race last year and showed a good appetite for this distance when second by a neck to Twilight Payment in the Curragh Cup over 1m6f in June.

That will surely stand him in good sted here in what looks a wide-open renewal.