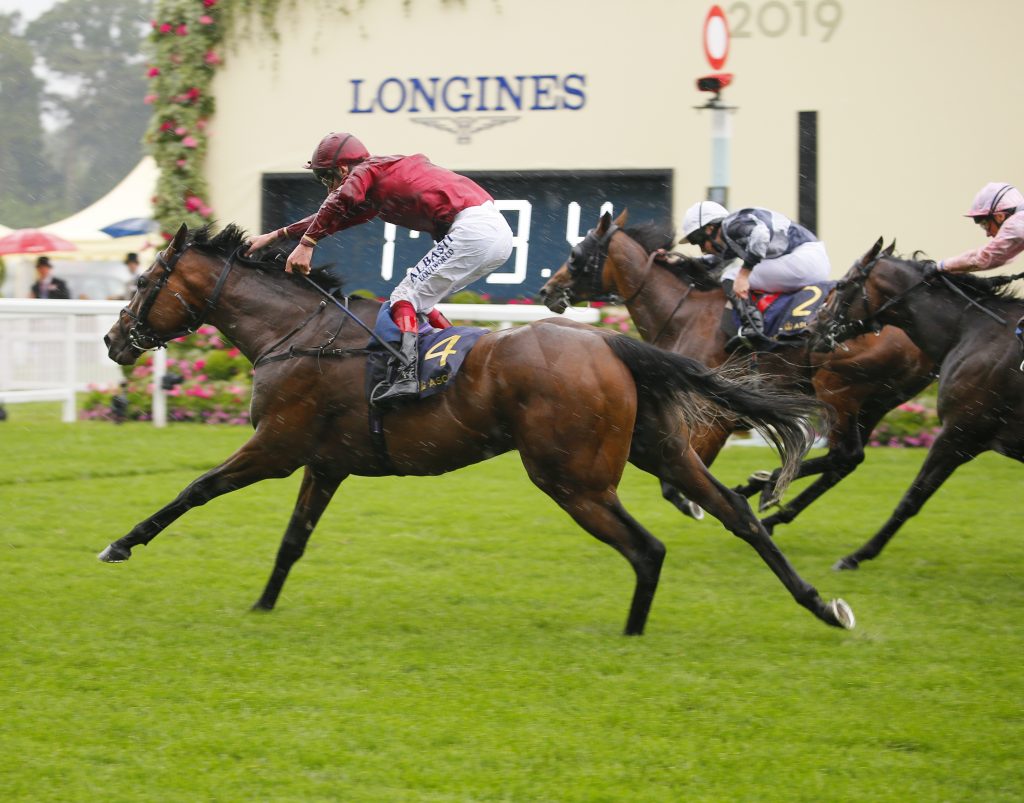 Jessica Harrington’s talented and growing flat squad received a big boost on Tuesday, with the news that King Of Comedy was leaving John Gosden and heading across the Irish Sea.

She’s best known for her exploits in the National Hunt sphere, but Jessica Harrington’s flat venture is gaining serious momentum. Both Cadillac and Lucky Vega have blazed the turf as highly promising juvenile prospects this year, while Cayenne Pepper is another brilliant talent and a Group 2 winner to boot.

Her battalion of flat talent grew on Tuesday, with King Of Comedy joining the ranks. Rated 118 at his peak, he’s extremely talented but has shown plenty of quirks on the racecourse.

Owner Lady Bamford will be hoping will be hoping the change of scenery may help the enigma rediscover his brilliant best. If he can get anywhere near his 2019 best, Harrington will be having plenty of big days out.

A son of Kingman, King Of Comedy was always meant to be special, given his pedigree. A half-brother to six winners including Star Of Seville and Star Of Bengal, he’s won three of his ten career starts.

He announced himself as an exciting prospect as a three-year-old, winning the Heron Stakes at a canter. He built on that Sandown run when beaten by a neck at Royal Ascot in the St James’s Palace, beating the likes of Too Darn Hot, Skardu and Phoenix Of Spain that day.

His career-best RPR came in the Juddemonte International, with a narrow two-length defeat behind Japan when taking on his elders for the first time. It’s been a mainly downhill slump since, however, with 2019 rounded out by a heavy defeat in the Queen Elizabeth II on Champions Day.

Showing some of his old spark on return behind Century Dream, he was beaten seventeen lengths at York when last seen in a Group 2 contest. He missed the break and raced alone down the centre, dropping back tamely when asked to extend.

As previously mentioned, if Harrington can get him back to near his best, excitement certainly awaits. His narrow defeats by Circus Maximus and Japan outline just how talented he is, with a career-best RPR of 121 no mean feat. That sort of form gives him Group 1 prospects moving forward, and perhaps a change of scenery is just what he needs.

No immediate targets have been pointed out on his new adventure, but we wait with excitement to see what’s next for this tricky customer.