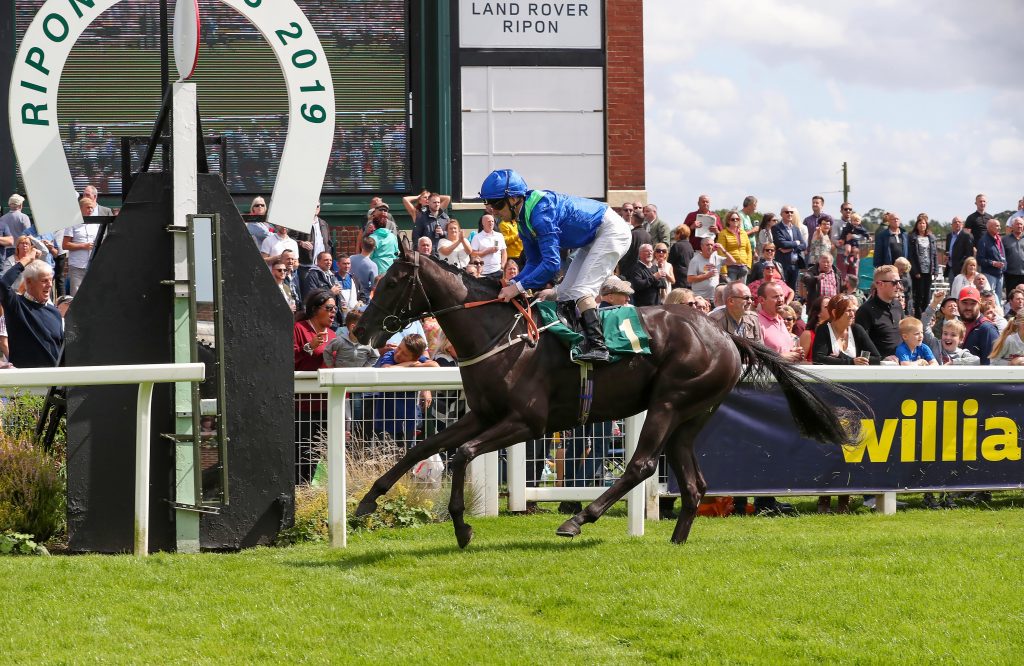 There may only be six races on the card at Ripon on Monday but the action is very competitive. With that in mind, we’ve picked out five selections to consider putting into a mega accumulator. The combined odds are a mammoth 567-1. Check out our free tips page for daily content across British and Irish racing.

Liberation Bay (bet365, 4-1) has progressed from run to run in her three career starts so far. She got off the mark in cosy fashion at Yarmouth last time and should progress again. Ed Dunlop’s filly probably has the strongest form in the race and it’ll be disappointing if she doesn’t cross the line first.

Marbuzet (3-1, bet365) has been slowly getting the hang of things as a three-year-old. This slow progression culminated in a first win at Thirsk last time out. The drop back down to 1m4f shouldn’t pose a problem and there’s more to come from him under a penalty.

It looks like Myristica (5-2, bet365) has developed well from three to four. Tim Easterby’s filly is a much improved horse this term. All looks well on her hat-trick attempt having won her last two starts. She’s creeping up the handicap but should have at least one more win in her.

Glam De Vega (6-4, best365) finished second to the subsequent Lingfield Derby Trial runner-up when last seen at Nottingham in November. This nicely bred son of Lope De Vega is out of a Listed winner and looks to have been presented with a great opportunity to get off the mark.

Golden Duke (9-4, bet365) deserved his win last time after two seconds in a row. Nigel Tinkler’s gelding is now rated only 2lb higher and the extra weight shouldn’t make too much difference. He’s the most in-form horse in the race and should put in another big effort.