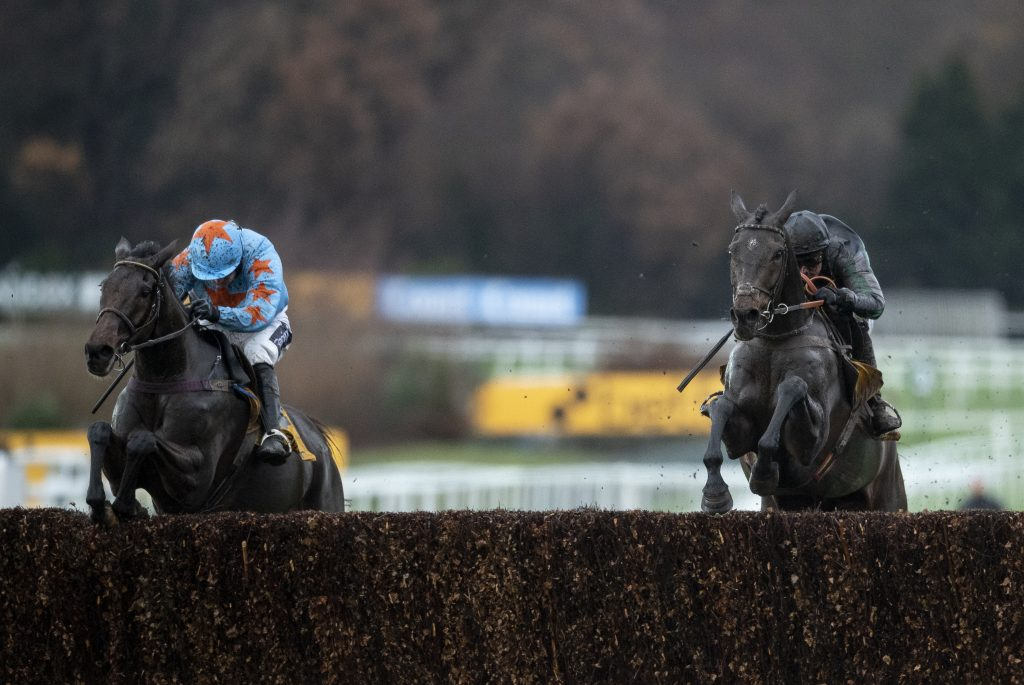 Outside of the Champion Chase, the Tingle Creek is one of the most eagerly anticipated two mile chases of the season. It’s an indicator early in the season of who might be the star speedster of the year, with some of the fastest chasers tackling Sandown’s railway fences in an exhilarating contest.

With Altior stepping up in distance for the time being, Defi Du Seuil looks the leading contender for the British after his display in the Shloer Chase at Cheltenham on his reappearance. He showed plenty of speed that day to get the better of Politologue and having won at Grade 1 level a Sandown last season, the track will pose to problem to him. 2016 winner Un De Sceaux could pose a real threat for Willie Mullins as even though he’s getting on in age, he rounded off last campaign with a facile success in the Punchestown Champion Chase, so clearly still possesses a zest for the game.

As well as the Tingle Creek at Sandown on Saturday, the Henry VIII Novices’ Chase is another Grade 1 on the card over the two mile trip. Top youngsters will bid to chuck their names into the Arkle hat and the current market leader is Torpillo for Nigel Twiston-Davies following his excellent round of jumping at Warwick. Other possibles include 2018 Supreme winner Summerville Boy, who also made a winning chase debut, as did Nube Negra who already looks very accomplished in the jumping department.

The 2018 Gold Cup was an epic battle between Native River and Might Bite, with the former emerging victorious. We could well see a repeat of that race in the Many Clouds Chase at Aintree on Saturday. The loveable Black Corton is in the mix as well as Brian Ellison’s Definitly Red, Ryanair runner up Aso along with the Simon Munir and Isaac Souede-owned pair of Top Notch and Kildisart.

The Becher Chase can often be an early indicator as to a potential Grand National contender and it’s the perfect opportunity for trainers to give their hopes a spin over the unique fences to see how they take to them. Mulcahys Hill has been a horse highly tried by Warren Greatrex having competed in three Grade 1 contests (only narrowly beaten in the Challow Hurdle) and got off the mark over fences last time when out-staying Wholestone at Cheltenham. One For Arthur, Vieux Lion Rouge and Walk In The Mill are all previous winners over the National fences which will make it a tough ask for Greatrex’s charge on his first go at the obstacles.

Four of the last six renewals of the John Durkan have gone the way of Willie Mullins and once again he looks to land the Grade 1 prize with some strong entries. Min, Douvan, Al Boum Photo, Chacun Pour Soi, Footpad and Real Steel are all in contention for the master trainer. Delta Work could be the principal danger as Gordon Elliott’s three time top level winner will bid to put a disappointing reappearance effort behind him.

A strong field of sixteen have been entered for Huntingdon’s feature Grade 2, the Peterborough Chase on Sunday, which includes a host of Grade 1 winners – Might Bite, Waiting Patiently, La Bague Au Roi, Top Notch, Sceau Royal and Black Corton are all possibles. If half of those take their chance it should make for a cracking race, especially if the likes of Janika, Aso, Charbel plus some of the other entries turn up!

Has jumped impeccably in both chase starts so far which will be a huge asset around Sandown, still needs to improve but has plenty of potential over fences.

Class act has won his only start over course and distance, has the edge over Might Bite, Aso remains an unknown at the trip and the rest have a bit to find on ratings.

Huge talent won here last season and readily got the better of Politologue at Cheltenham; should get a good pace to aim at looking at the entries which will suit his style down to the ground.

Loves the National fences having won the Topham twice (latterly off just 1lb lower) and can be forgiven poor reappearance effort given he’s a different animal around here.

*odds best available at the time of writing.