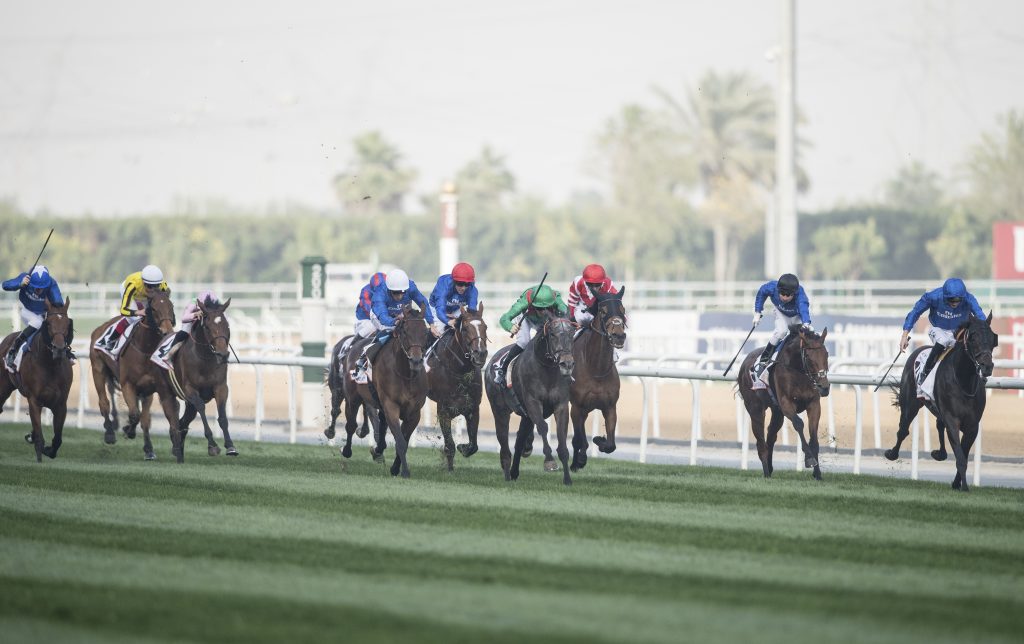 The international racing comes to the fore this week as we wait in anticipation for the Cheltenham Festival. There’s a host of competitive contests at Meydan this Thursday, as well as the inaugural Saudi Cup on Saturday.

Hopeful to bag some winners before Cheltenham in two weeks, here’s a xx/1 treble from Meydan. Saturday’s racing is fiercely competitive with action from Doncaster, Kelso and Newbury on ITV. Be sure to check out all our tips and analysis, as well as our Free Bets. Similarly, make use of our lowdown on the Cheltenham Festival handicap weights, as well as two Antepost selections from Joe Eccles.

Our first selection comes in the day’s most valuable race, a Group 3 for the stayers. The first port of call is the Godolphin battalion, and their best chance comes in the form of Secret Advisor. The son of Dubawi placed in the 2017 Queen’s Vase behind Stradivarius before winning the Melrose.

Things haven’t entirely gone to plan since, with the gelding racing just three times since. He never figured in two competitive handicaps in the summer, but returned to form with a cosy win over track and trip in January, ahead of the re-opposing Dubai Horizon and Dubhe. He’s an improving sort who remains unexposed despite his age.

Charlie Appleby’s charge ranks the main danger to David Simcock’s SPANISH MISSION. The colt picked up strongly from off the pace to land the Bahrain Trophy at Newmarket in July under Jamie Spencer. He was unable to defy a penalty over twelve at Goodwood next time, but returned to winning ways over in the States in September. Once more he was strong at the finish when landing a valuable qualifier for the Breeders’ Cup.

This is the first time he’s raced over fourteen furlongs, a move that looks a huge positive for his chances given the way the way he sees out his races. The Simcock yard have had thirteen winners already this season, so he’s likely to be spot on for this assignment. Furthermore, he has three pounds in hand of his nearest rival on figures and receives a weight-for-age allowance. He makes plenty of appeal as a result.

I’ve tipped up Mark Halford’s Simsir twice already at Meydan this year and I remain convinced he has a race of this nature in him. He’s far from straightforward though, and whilst he met trouble last time, his run petered out at the line. The gelding could only finish fifth over track and trip despite being well backed.

It’s the winner of that race who makes most appeal. Un-fancied in the market and partnered by Brett Doyle, AMERICAN GRAFFITI ran on strongly to record a cosy success on his first start for 202 days. The Pivotal gelding has now won three of his six starts to date and is yet to finish out of the first three. He’s clearly on the upgrade, and a four pound rise is far from excesses for his latest win.

One at the opposite of his career may well provide the main danger. The nine-year-old Gm Hopkins was less than a length behind there on his first handicap start for nearly a year, and meets the winner on four pound better terms. The gelding has struggled to maintain his form for his local yard since leaving John Gosden though, and has recorded just one win since 2016. As a result, the younger rival is taken to confirm the form.

The most interesting runner in the closer has to be Velorum. Owned by Godolphin, he only found Skardu too good on debut before two cosy novice wins. He went off just 6/1 for a twenty-eight runner handicap at Royal Ascot subsequently. He flopped there, but it likely came too soon for him on ground softer than ideal. Gelded since, he’s of interest for Charlie Appleby.

Jockey bookings suggest that the returning On The Warpath is preferred. He landed this event last year from a mark off 97 before returning to the UK with a creditable second at Newmarket prior to bolting up from Summerghand at the same venue. He’s seven pounds higher today, twelve pounds higher than when landing this contest in 2019. The five-year-old should be thereabouts, but he’ll need to some animal to defy a mark of 109 on his return from a 298 lay-off.

As a result, a chance is taken on CHIEFOFCHIEFS. He’s far from the easiest to win with, but his price makes him an attractive proposition. Trained by Charlie Fellowes, the gelding was racing over seven furlongs for the first time in his career when beaten half-a-length over track and trip earlier this month. Completely unexposed at this distance and with a couple of front-runners in this big field at which he can aim, he gets the vote.