How To Make Money At The Punchestown Festival 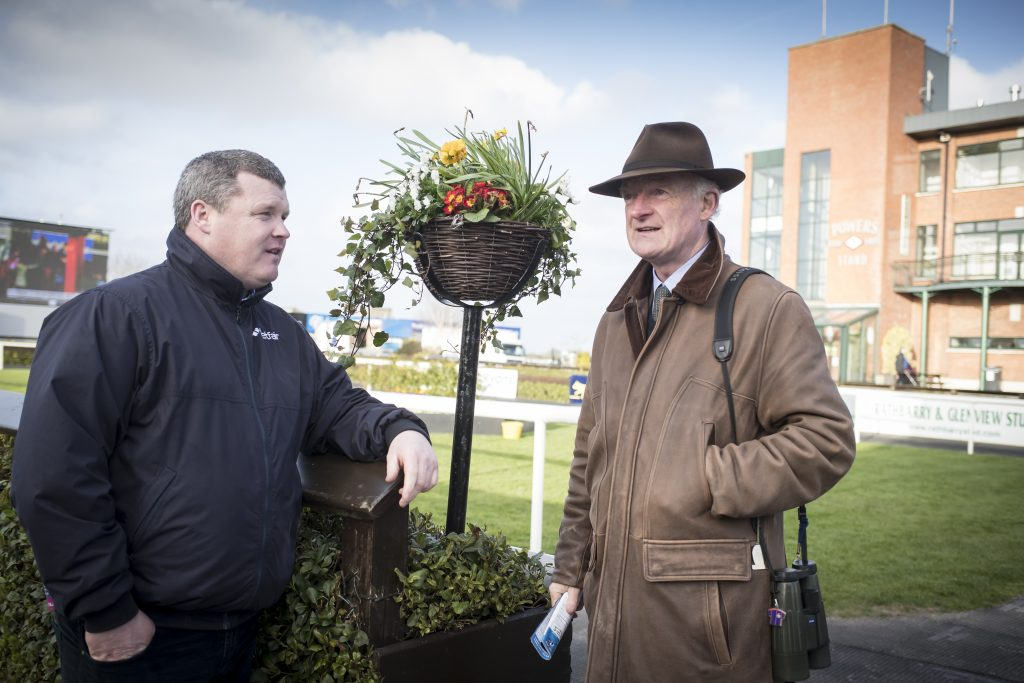 The National Hunt season may have finished on Saturday in the UK with the Jumps Finale at Sandown, but over in Ireland, there is one last hoorah in the shape of the Punchestown Festival.

The big meeting gives those jumps fans a few days to lick their lips and get stuck into some top quality action over the timber.

Runners from the Spring Festival’s at Cheltenham and Aintree are set to be involved across the five-day meeting, so lets take a look at some betting pointers that could prove profitable over the next few days.

It may seem obvious, but the tried and tested route of following trainer Willie Mullins has definitely proved key at the Punchestown Festival over the years

He has come out as the top trainer at all of the recent Punchestown Festivals, practically as long as most can remember, including a career-best tally of 18 winners last year, double the amount he scored in 2017.

After taking the spoils, rather unexpectedly, as the top trainer at the Cheltenham Festival, there are plenty of reasons to think he’ll deliver the goods again at Punchestown.

Just take the opening day for example, where the likes of Klassical Dream, Min, Un De Sceaux and Getabird all return to action.

Followers of Willie Mullins are likely to take a look at what Ruby Walsh in riding for him, and that wouldn’t be a bad option given that Ruby is the most successful jockey of all-time at the Punchestown Festival.

Of course, he missed the meeting last year with a broken leg and will be desperate to add to his tally, including when taking the hot seat on some of those big names already mentioned above.

Away from that though, Patrick Mullins has a knack of getting some nice winners here and for an amateur, has an outstanding record.

Last year he picked up 4 winners to finish joint-second in the leading jockey’s championship for the meeting.

It’s a model of consistency that is well worth following, especially considering that he has still got winners with Ruby Walsh and Paul Townend arguably ahead of him in the pecking order.

He delivered a masterful ride to win on Un De Sceaux at 9/2 in the Champion Chase last year, and also won the flat race with Kalum River at 16/1.

Proof, if you needed it, that he could be a profitable jockey to stick your money on this week.

In recent terms at least, Irish-trained winners of the Cheltenham Gold Cup have a brilliant record of following up in the Punchestown equivalent.

Sizing John was the latest to follow the trend when he memorably followed up in 2018 for Jessica Harrington, adding his name to the list of Don Cossack in 2015 for Gordon Elliott, War of Attrition in 2006 for Mouse Morris and Kicking King in 2005 for Tom Taaffe.

This time around, it will be the Willie Mullins-trained Al Boum Photo who attempts to add to his National Hunt showpiece success with a victory back on home soil.

There’s every chance he will follow the trend as well, given the field doesn’t look as strong as the one he faced at Prestbury Park.

Stable-mate Bellshill, is his closest rival in the betting, and although he won this race last year, he was pulled up at Cheltenham and he needs to be a lot better to beat the Gold Cup champ.

British-trained in the Champion Chase

British-trained runners at Punchestown aren’t quite so frequent as Irish ones may be at Cheltenham, but when it comes to the Champion Chase at Punchestown in the past few years, it has been the Union Jack that has been flying the highest.

Since 1998, there have been nine British-trained winners of the Champion Chase, with Fox Norton the most recent of those for Colin Tizzard in 2017.

The likes of Nicky Henderson’s Sprinter Sacre and the Paul Nicholls-trained Master Minded are the two big names on that list, along with Phillip Hobbs’ Flagship Uberalles.

This week there is just one British-trained runner in the race with Harry Fry sending Hell’s Kitchen to take on a field that includes Min, Un De Secaux and the fellow JP McManus-owned Great Field, amongst others.

It would be a surprise to see him overturn some real National Hunt superstars, but you wouldn’t put it past Harry Fry, who is 4 from 12 at Punchestown giving him a strike rate of 33%.

When it comes to looking for clues in the Cross-Country race at Punchestown, look no further than the master of the banks – better know as trainer Enda Bolger.

He has saddled the winner of this race four times since 2009, and of the 22 placed runners since 2008, Bolger has trained 12 of them. Auvergnat was the latest of those when he beat Josies Orders by a neck as the 11/4-second favourite last year.

As for this week, he has a whole host of entries again including Josies Orders, Blue Templar and Different Spot, although the first of those who surely be high on a list of Punchestown tips, after beating Tiger Roll at Cheltenham in November.