Racing is certainly in the pedigree as Jody Townend is the younger sister of Paul and is a cousin of Davy Condon’s. She is still rather under the radar as a rider but she won’t be for long as she is a sublime rider.

The up and coming talented rider could go right to the top of the ranks in her code. I think she’s the next Nina Carberry personally. It has to be interesting that she has one bumper mount at Fairyhouse on Sunday for Willie Mullins. 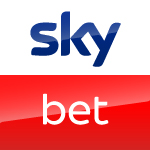 £30 In Free Bets When You Place Any Bet
New customers only. T&Cs apply. 18+. begambleaware.org #ad

Pink In The Park disappointed when sent off a very strong favourite in Leopardstown at the Dublin Racing Festival in February. She may have only gone down by less than a length in a thrilling five-way finish but she didn’t show battling qualities when she needed to pull it out of the fire.

The form of that race has been franked by the third since and Pink In The Park may well be worth another chance with Jody Townend taking over in the plate. The daughter of Walk In The Park is clearly a top prospect, evident by the way she obliterated the field in a mares bumper at Listowel on debut.

This better ground is likely to bring more improvement out of her. It was quite tacky at Leopardstown and she didn’t seem to enjoy it. It is another superb chance for Townend to keep her run of form going.

Pink In The Park

£30 In Free Bets When You Place Any Bet
New customers only. T&Cs apply. 18+. begambleaware.org #ad