The Grand National, one of the pinnacles of National Hunt racing is fast approaching us with the excitement certainly starting to build. Forty horses will aim to take a total of 30 fences over a distance of 4m 2½f, a true test of a horses jumping, stamina and guts. Over the years, reasonably unfancied runners have taken victory in the National, with many winners being at bigger odds. We’re going to look back now at the previous Grand National odds and see if we can find any trends that will help us in picking a Grand National winner.

We also have our Grand National Tips on site to view, with a detailed write up on who we think will triumph in the Aintree showpiece this season. Both horses look like ideal types to take to the race and should prove capable of running a big race when the going gets tough. Back our tips in just 1-Click below.

The 2016 Grand National saw Many Clouds bidding to retain his title, which would have been a remarkable feat considering he was carrying even more weight in this renewal than the previous year. He went off joint favourite with The Last Samuri at odds of 8/1, with both Silviniaco Conti and Holywell fancied at odds of 12/1 and 11/1 respectably. As they set off, Many Clouds had a mountain to climb carrying top weight and with the statistics against him, he failed to recapture the prize. He got very tired towards the end and by three out, he was emptying rapidly before being virtually pulled up after the final fence, walking up the run to be the last finisher. Holywell fell at the second fence after making a blunder at the first and Silviniaco Conti didn’t fare much better, losing places rapidly and pulling up before the 14th fence. The Last Samuri was the only one of the front four in the market to run a good race and as they went round the elbow, you wouldn’t have been amiss in saying he’d be the winner. However, Rule The World swept on by to win the National going away by six lengths, a horse who hadn’t previously won a race over fences. Vics Canvas made bad early errors and it was quite remarkable to see him jump the last alongside The Last Samuri, though he emptied on the run in to finish third, a very valiant effort for a horse at odds of 100/1. Below is what happened to the fancied runners and how they fared during the race.

The 2015 Grand National had Shutthefrontdoor going off at odds of 6/1, with Rocky Creek and Soll also fancied at odds of 8/1 and 9/1 respectably. Balthazar King went off at 17/2 with the eventual winner Many Clouds at odds of 25/1, owing to his huge weight of 11st 9lb for the race. He became the first horse since Red Rum to carry such a heavy weight and win the National, hanging on gamely to beat Saint Are in second, who was another 25/1 shot. None of the fancied runners really figured, with Shutthefrontdoor fading after the last to finish fifth, losing two places on the run in. Rocky Creek tried to stay prominent throughout under Sam Twiston-Davies but certainly didn’t run to his odds, driven along after four out and weakened tamely over the third last, beaten 100 lengths. Soll broke a blood vessel at some stage during the contest, likely before the last where he started to weaken out of contention. Balthazar King was in the process of running a good race when taking a very nasty fall at the Canal Turn on the first circuit, but thankfully made a full recovery from the incident.

Shutthefrontdoor 6/1F – In the leading group, remained competitive until fading before the last in third, lost two places on the run in (5th / +12L)
Rocky Creek 8/1 – Stayed prominent until four out when driven along, lost his place after three out (17th / +100L)
Soll 9/1 – In the leading group, took the lead at the 2nd Foinavan until headed at 2nd Valentines, started to lose places on the turn towards the 2nd last, broke a blood vessel (9th / 41 lengths)
Balthazar King 17/2 – Mid division until falling at the Canal Turn, made a full recovery (Fell at the Canal Turn)

Unlike the year that followed, the Grand National odds market didn’t have a clear cut favourite. At odds of 10/1 both Teaforthree and Double Seven headed the market, though Long Run and Balthazar King weren’t far behind in the market at odds of 12/1 and 14/1. The race was won by Pineau De Re for Leighton Aspell and Oliver Sherwood at odds of 25/1, with Balthazar King chasing him home in gallant pursuit. Joint favourite Double Seven finished third after never managing to get on terms, though Teaforthree didn’t fair quite as well, still in touch when unseating his rider at the chair. Alvarado came home fourth for Fergal O’Brien at odds of 33/1 after staying on well in the closing stages, with Rocky Creek back in fifth for Paul Nicholls after being headed two out by the eventual winner.

Teaforthree 10/1J – Held up until headway towards the 13th, in touch when blundered at the Chair and unseated his rider (UR at The Chair)
Double Seven 10/1J – Made steady headway towards the leaders, driven approaching two out and jumped the last in third, kept on the same pace after (3rd / +6L)
Long Run 12/1 – In the leading group, in second and going well when falling at Valentines (Fell at 1st Valentines)
Balthazar King 14/1 – Prominent throughout, driven after three out and stayed on into second at the last, no inroads on the leader after (2nd / +5L) 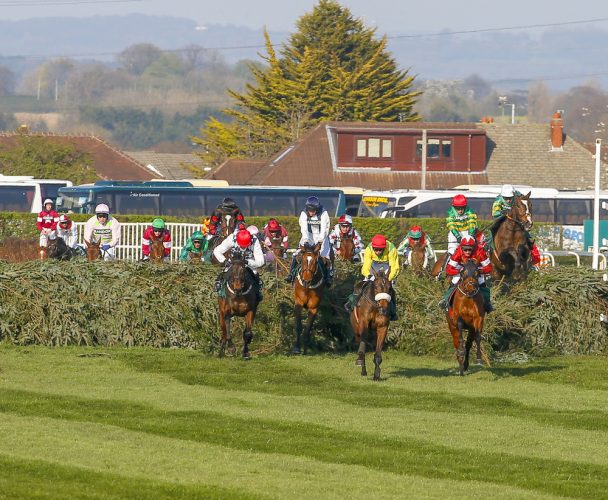