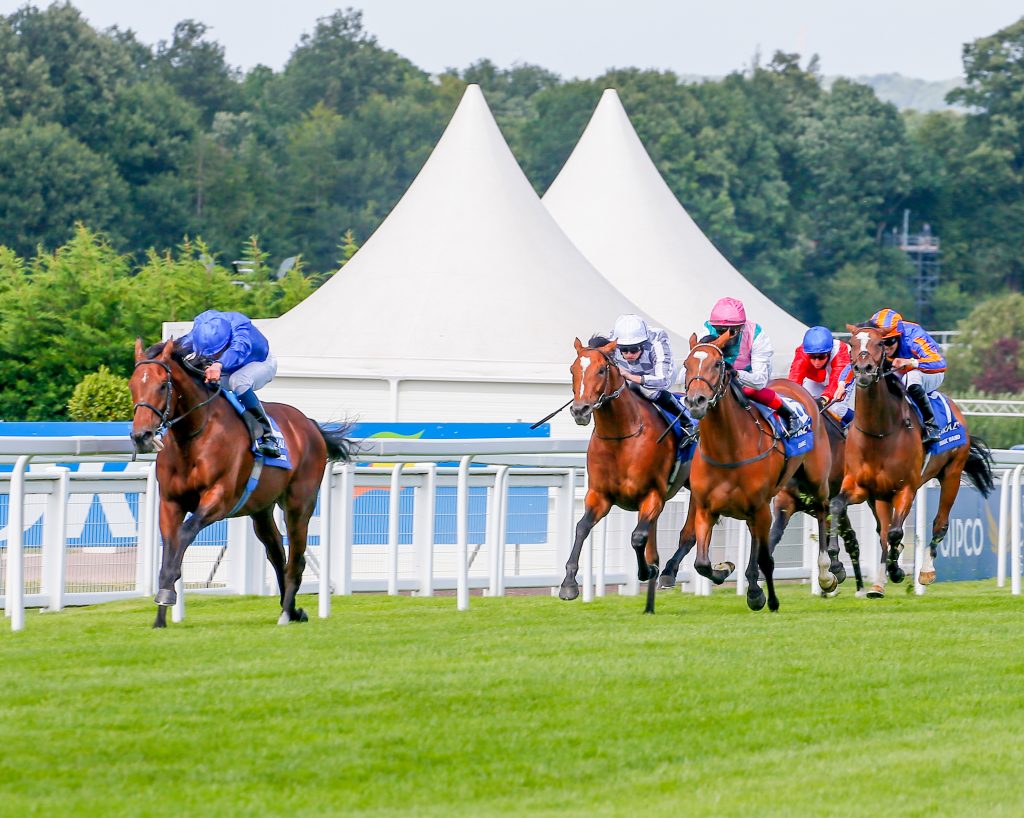 Ghaiyyath, Magical, Lord North and Sottsass are among the thirteen entries for a race of the year contender in the form of the Irish Champion Stakes.

Unbeaten in four starts this season, superlatives are running thin for Ghaiyyath. He heads both the betting and entries for Satuday’s Irish Champion Stakes on the back of an all-the-way success in the Juddmonte International.

That marked his fourth success at the top level where he readily handled Magical to win on the Knavesmire last month. She will be bidding to reverse the form and go back to back in the race, after defeating Magic Wand twelve months ago.

Lord North is another challenger from the other side of the Irish Sea. He was an impressive winner of the Prince Of Wales’s Stakes at Royal Ascot before a four-length defeat in the Juddemonte behind Ghaiyyath. He did lose a shoe, however, and could feasibly bounce back for John Gosden.

Aidan O’Brien has a total of six horses entered, with the aforementioned Magical heading off his entries. He also has Japan, Anthony Van Dyck, Magical Wand, Vatican City and Armory in the long list of entries from Ballydoyle.

His son, Joseph O’Brien, runs two long-shots in the contest. Both Buckhurst and Degraves will run in the colours of the Williams, Gudinski and Ateam Syndicate and need to step up plenty on what they’ve shown thus far.

Jean-Claude Rouget has last year’s Prix du Jockey Club winner Sottsass entered, adding another interesting element into the contest. He’s had huge success in his home country but has been a shade below form in 2020. He scrambled in to the win Group 1 Prix Ganay on his second start of the campaign but was outbattled subsequently in the Group 3 Prix Gontaut-Biron.

He’s a very classy commodity at his best, as proven by his Arc third, but he does need to step up on what he’s shown this season to be beating some of these rivals.