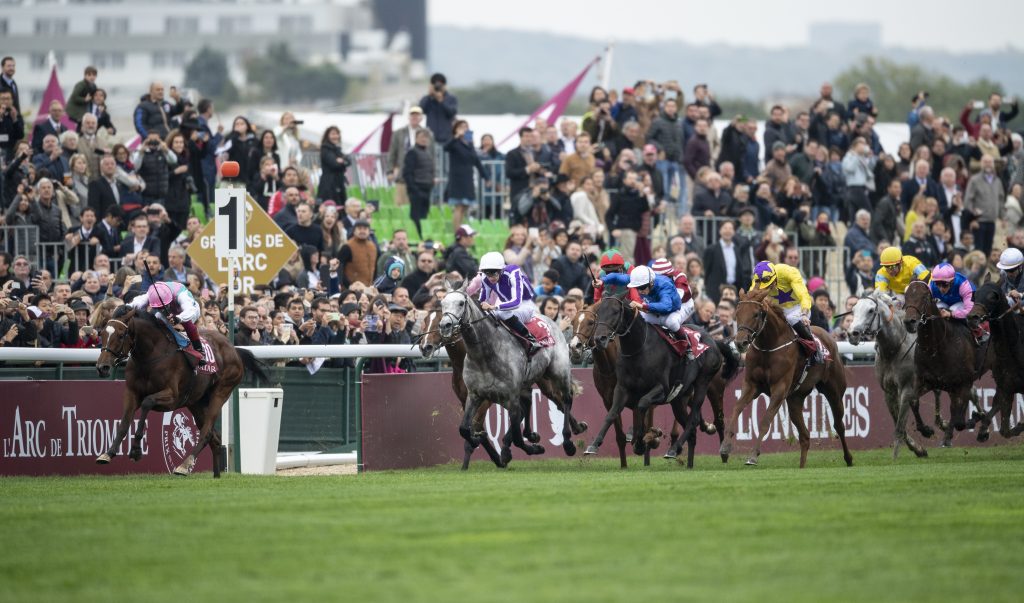 Following news that racing in France is set to return behind closed doors from May 11, we have picked out five French-trained horses who could be worth following when the action resumes.

The Arc will be the big target again for this smooth-travelling son of Siyouni. He possesses a nice turn of foot and has bags of stamina and will be in the reckoning again for the Arc, for which he is a general 16-1.

He will not get the three-year-old allowance like he did last season so will have to improve, but he posted a career-best in the Arc so looks to be on the upgrade, and let’s not forget Waldgeist was a five-year-old when winning last season’s race.

This five-year-old has been a revelation since moving to Francis-Henri Graffard’s yard in 2018 and had won seven of his eight starts for the trainer before finding only King Of Change too good in the QEII Stakes on Champions Day at Ascot.

The Revenant had run on Arc weekend two weeks earlier and that possibly left its mark on the gelding, while in contrast King Of Change had been given a light campaign to specifically target that race.

A break will have done him good and he looks set for another fruitful campaign.

Andre Fabre’s son of Kingman looked to have the world at his feet as he charged to victory in the Poule d’Essai des Poulains (French 2,000 Guineas) last season.

He was then sent off a warm order to land a Classic double in the Prix du Jockey Club but, despite cruising to the front, failed to get home and was outstayed by subsequent Arc third Sottsass.

A drop back in trip, and a hot match-up with star British miler Too Darn Hot, was potentially on the cards before injury ruled him out for the season.

Fabre was keen not to rush him back with his focus on enjoying a good four-year-old season with him and he could be a forgotten horse this campaign.

Fabre’s latest star looked a two-year-old to be reckoned with last season as he notched up three wins over a mile, culminating in a superb Group 1 success in the Jean-Luc Lagardere on Arc day at Longchamp.

Despite taking the turn for home widest of all, Victor Ludorum had the speed and tenacity to overcome his rivals, staying on well to record a cosy three-quarters-of-a-length success over Alson and Armory.

The Poule d’Essai des Poulains (French 2,000 Guineas) will be his target and it could be a big year for his late sire Shamardal, who also sired star juveniles Pinatubo and Earthlight.

Victor Ludorum is a 25-1 shot for the Arc and it will be interesting to see how much stamina he possesses as the season unfolds, as Shamardal is not renowned for his middle-distance progeny. This son is an exciting prospect, though.

Another top juvenile for Fabre by the late Shamardal who was unbeaten in five starts last season and won two Group 1s.

A victory in the Prix Morny over the speedy Raffle Prize was followed by another cosy success in the Middle Park at Newmarket.

He doesn’t win his races by far, but he doesn’t need to, and he looks a potentially top-class sprinter for the upcoming campaign.

Connections may decide to step him up in trip – he is 10-1 second favourite for the 2,000 Guineas – but Godolphin also own the favourite Pinatubo and French Guineas favourite Victor Ludorum, so he may stick to sprinting trips once the season is back up and running.