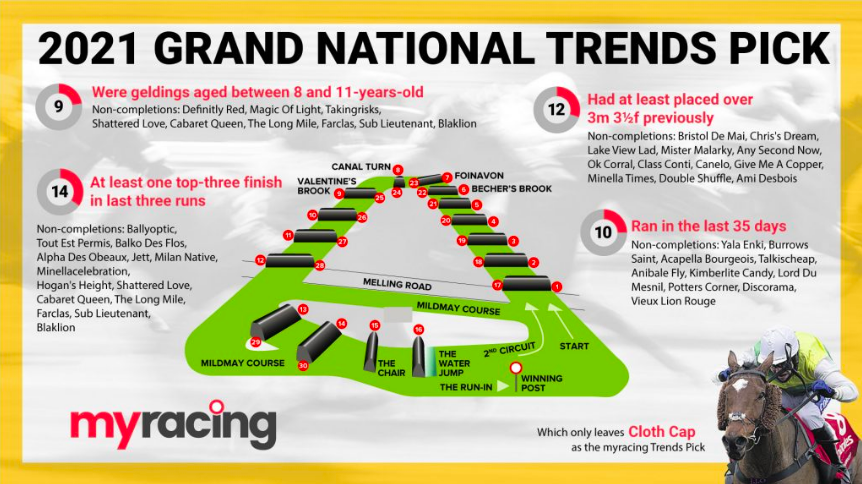 The most famous steeplechase in the world, the Grand National, is just days away. It’s the contest all trainers, jockeys and owners want to win. Raced over the 4m 2½f distance, thirty of the famous Aintree fences also need to be jumped in what many perceive as the ultimate test of a racehorse.

Like all the big races, there are trends that can help us find the winner. Although they shouldn’t be used as gospel, they’re handy guides that can point us in the right direction. The National is a highly unique contest and trends, perhaps more than usual, can help steer us towards the 2021 victor.

We’ll have Aintree tips and a Grand National tip on site, but here are the trends to follow for this year’s feature contest! Mares have a woeful record in the Grand National. 13 mares have won the contest is total, but none since 1951. Magic Of Light went close in 2019 and bids to buck the trend along side Cabaret Queen and Shattered Love. Age has been a big factor too, with eight, nine, ten and eleven-year-0lds being the most successful by far. After the first fence, these horses have failed to complete:

The National isn’t a race for horses arriving totally out of form. In the last ten renewals, nine of the winners had placed in the top-three at least once in their prior three outings. Unfortunately for the below horses, they’ve failed to make it past “consistency brook”:

Ultimately, stamina wins the day in the Grand National. Class gets you into the contest, but you need a horse who sees out every inch of the 4m 2½f distance. If you need proof, just ask anyone who backed Sunnyhill Boy in the 2012 renewal. Horses who have placed over 3m 3½f have a good record in the race and these 12 runners are unable to boast those credentials:

The trends dictate that a recent run is essential to winning the National. Although some of the below horses have run very close to the 35-day mark, using this trend on the final 11 horses who remain, leaves us with just one:

After those four fences, the only horse who remains is Jonjo O’Neill’s CLOTH CAP. He’s a nine-year-old gelding who arrives on the back of two runaway victories in the form of the Ladbrokes Trophy and a Listed contest at Kelso. Placed over four miles at Ayr in the 2019 Scottish Grand National, he has proven stamina and with just ten rivals left standing heading to the final trend/fence, he was the only one who could clear it to success.

Aside from the trends, it’s hard to argue that he’s not the one to beat. He’s fourteen pounds well-in after that aforementioned victory at Kelso and unlike many, he has unproven stamina. For him, the dangers are likely to be in front, rather than both his rating and staying power. 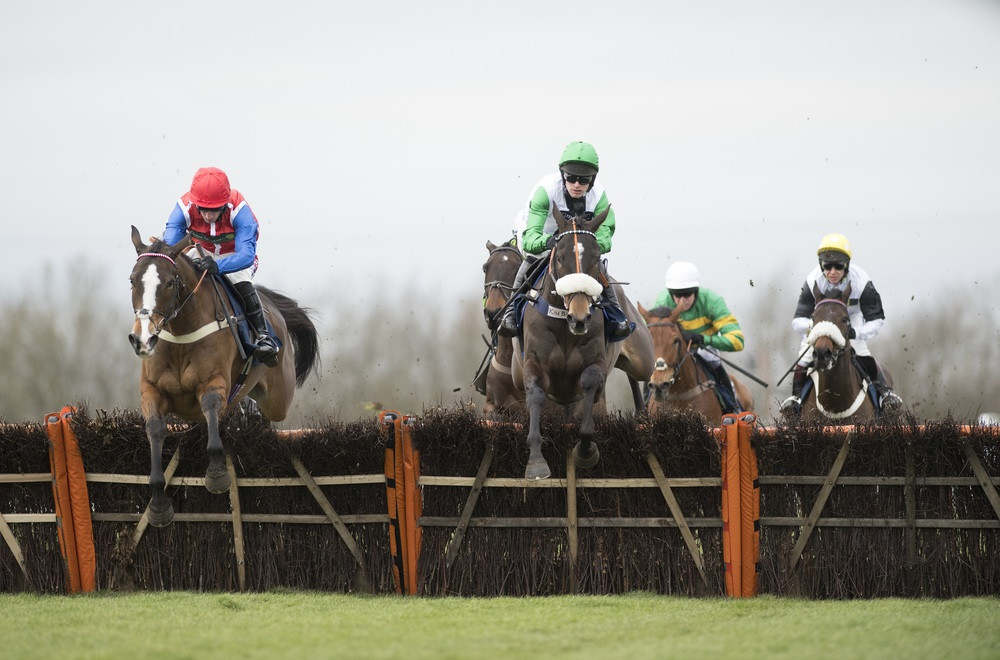