The jumps season is moving thick and fast, with Haydock treating us to the first Grade One of the new campaign on Saturday.

We’ve got our horse racing tips saddled up and ready to go, but for those of you that want to get the low-down from the writers at the Racing Post Weekender, we’ve pulled together this 503/1 accumulator from their selections at Haydock and Ascot.

Midnight Shadow won the Grade Two Relkeel Hurdle for Sue Smith at Cheltenham last season and there should also be some nice prizes in him over fences judged on his performance last time out at Carlisle.

It ended in a final-flight fall, but the six-year-old was set to win at the time and that was despite the race being over two miles, which is short of his optimum trip.

Danny Cook’s regular mount is back up in trip to two miles, five-and-a-half furlongs at Haydock on Saturday and, while the Betfair Exchange Graduation Chase is a warm event, Midnight Shadow stands out as being the most exciting chasing prospect in the field.

Many horses end up with fanciful ratings which appear way above their actual ability but the Paul Nicholls-trained Cyrname could well be the exception to that theory.

He ended last season perched on a mark of 176 after a couple of stunning successes at Ascot and is due to return to action at the Berkshire course on Saturday in the Grade Two Christy 1965 Chase.

He is now officially one pound better than multiple Grade One winner Altior, which has some purists scoffing at how his rating has been achieved in a couple of outings when put against the very worthy backdrop of what Nicky Henderson’s charge has clocked up.

However, there is every chance that Cyrname will prove victorious when the pair lock horns in a mouthwatering clash this weekend at a course where he seems to excel.

Nicholls has his charge fully primed for the race as he does not have anything to lose, whereas connections of Altior have the King George at Kempton next month firmly in their thinking.

Plenty of promising hurdlers are chasing the £100,000 on offer in this valuable hurdle and Highland Hunter has sound each-way claims.

The six-year-old apparently picked up a cut when slightly below-par here in February but showed decent form in three other starts for Lucinda Russell last season, including a close third over course and distance in January.

Testing ground holds no fears and a summer move to Paul Nicholls’ Ditcheat base could easily help him step forward.

Nicky Henderson has Call Me Lord in the Coral Hurdle on Saturday.

He has been productive since arriving from France, establishing himself as a smart performer and one rated the joint-best in this field with If The Cap Fits, who has to concede six pounds to him.

Although he managed only two runs last season and was perhaps not fully wound up for the Long Walk Hurdle in December, he ran a huge race when third under a big weight in the Imperial Cup.

Going right-handed is said to be important for him, so Ascot is a tick and the two miles, three-and-a-half furlong trip could be ideal.

Up at Haydock, Colin Tizzard’s potential rising star Lostintranslation puts his reputation on the line in the Grade One Betfair Chase where he will be stepping back up to three miles and one furlong, the trip he won over at Aintree in the spring when he thrashed Topofthegame in a Grade One.

Given the way he won that day, and the way he finished off his race, there is no reason to believe that these testing conditions will be any problem at all in terms of stamina.

His main rival is Bristol De Mai, who has won the valuable prize for the last two years, but if Lostintranslation is going to develop into a Cheltenham Gold Cup contender next March he has to see him off. 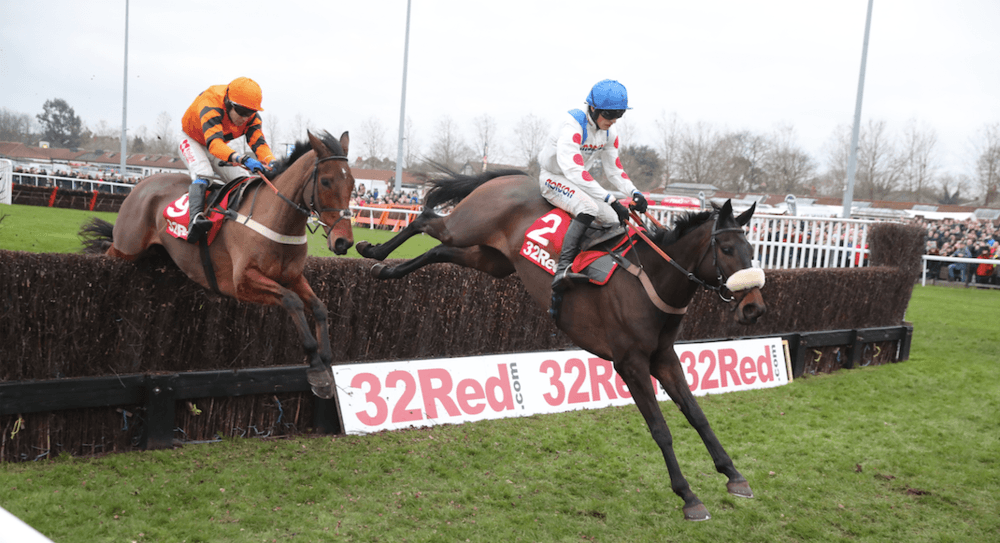