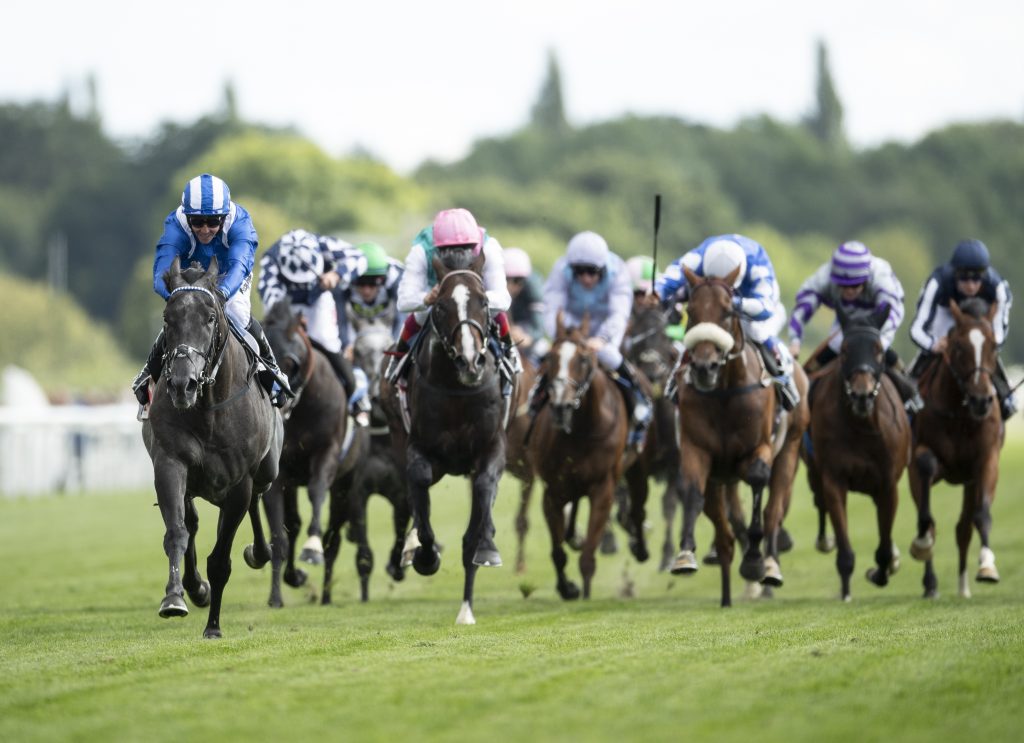 The Ebor Festival from York racecourse, unsurprisingly, has the Ebor Handicap as its feature race of the week. A £1,000,000 purse, with £600,000 going to the winner making it the most valuable flat handicap in Europe, has attracted a high-class field.

We have tips for this and the five other lives races on ITV Racing this Saturday, as well as the action elsewhere with our Horse Racing Tips. We also have taken an alternative look at the Ebor.

The field is so high-class that it looks more like a glorified Group Two rather than a handicap, with just eight pounds separating the field of twenty-two between marks of 113 and 105. Only nine of the field competed in handicap company last time out.

Just ten years ago Sesenta landed the contest from a mark of 94. Willie Mullins’ mare would have got nowhere this year’s edition, and going back just a year, the change in prize money has had a similar effect on the quality of the field. Last year’s winner Muntahaa was rated 109 at the time and ran off 9-9. Numbered three there, he’d be twelve here, running off 9-6.

Similarly, no runner entered is running from a mark lower than that which they’ve scored from before. The majority’s exploits in Listed/Group company have pushed their ratings up to levels that haven’t been tested in handicap company.

As a result, attempting to find a runner, let alone three, that can be defined as well-handicapped has proven a rather tricky challenge. Here are three who, for me, fit the bill as well as any.

Mark Johnston’s Frankel whole has improved beyond all recognition since moving to the UK, rising forty-two pounds through the handicap. A winner of eight of his nine starts for this yard, including his last five on turf, he rallied gamely to score at Goodwood last time out.

He can be defined as well-handicapped for two reasons. His current mark looks more than fair judged on previous form, and he’s far from finished improving yet.

Admittedly, he had very little to spare at Goodwood last time and did very well to rally late on having been outpaced by the second Outbox. However he was conceding six-pounds to an unexposed rival there, giving weight to the field.

Posting an RPR of 118 there, he shoulders just a four-pound penalty, leaving him on a mark of 112, a pound ahead of the assessor. Even a repeat of that latest effort would see him thereabouts in the Ebor, even if it is fiercely competitive.

Furthermore, there is no concern about the narrow margin of victory. He often just does enough, and having scored off marks of 90 and 98 narrowly, there’s no concern about him finding more the next time he graces a racetrack.

2019 has been disappointing for Roger Varian’s seven-year-old, who has finished third in three small-field Listed races. Others bring far better recent form to the table, however as a result of this underwhelming season, he runs off a very dangerous mark.

Similarly, those three runs can easily be excused. He’s always been a free-going sort, and competing in small fields over twelve furlongs isn’t enough of a test for him.

A step up to fourteen furlongs looks ideal for him, and having raced twice over this trip, both coming over course and distance, he brings some useful form to this contest. The last run saw him finish second to the 115 rated Rare Rhythm.

He gains the award for being the closest horse in the race from his current mark to a previous winning rating. Two-from-four on the Knavesmire, he won a twelve-furlong handicap at this meeting in 2016 off just two pounds lower.

Only four starts ago he was denied by a neck by the now 118 rated Communiqué, and it was only back in May 2018 that he was scoring from the now 115 rated Mirage Dancer. He’s evidently a classy performer, and with the step up in trip and first-time blinkers both huge positives, he looks massively overpriced pitched in here from a mark of 107.

Withhold has raced just six times for Roger Charlton since joining his yard in 2017, unbeaten in three starts over two-miles or further. He landed the 2017 Cesarewitch off a mark of 87, the 2018 Northumberland Plate off 99 and the Marsh Cup this season off 107.

Rather unusually for the Ebor, he arrives here race-fit, having done most of his recent racing on the back of long lay offs. He impressed at Newbury when last seen in July, repelling all challengers in gutsy fashion.

A six pound rise seems about right, pushing him up to a mark of 107. Given the rapid progression he has shown for this yard, progressing twenty-seven pounds, as well as the current stable form, it’s easy to predict further improvement from the son of Champs Elysees.

Entered in the Long Distance Cup on Champions’ Day, there’s every reason to believe that he can develop into a high-class stayer in Pattern company, and as one who has proven himself in handicap company, he comes here with fewer questions to answer than a fair number of these.