Patrick Mullins on Galway ride: ‘You’d like to think she has a great chance’ 🗣 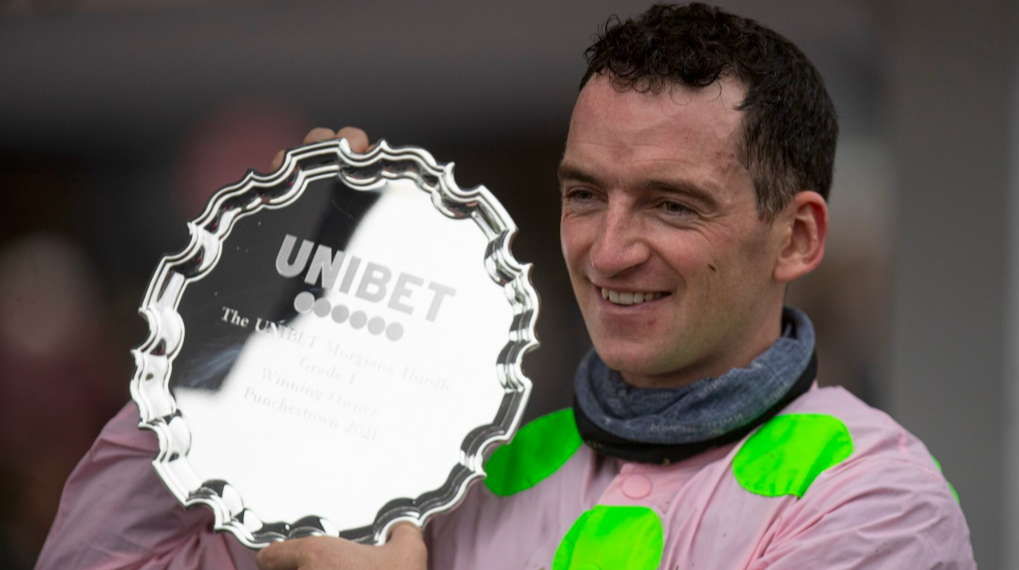 Patrick Mullins is always extremely honest when interviewed. David Jennings of the Racing Post did a terrific piece with him this week and Mullins outlined the race that he wants to win more than anything else at the Galway Festival next week.

Mullins is the most successful amateur rider of all time but he is very hungry for one race that has alluded him, the Connacht Hotel Handicap which is on the Monday at 6.40pm.

Patrick is set to ride Echoes In Rain and he was quoted saying: “It’s one of the two biggest races of the year for amateurs, the other being the Champion Bumper at Punchestown. My father won it once, but Ted Walsh, Nina Carberry, Katie Walsh or Jamie Codd have never won it and neither have I. And I’ve ridden in it 14 times!

“I’ve managed to get some very good horses beaten in it too and it is a race I would love to win before I retire. It would mean a lot.”

He added: “I think only one winner in recent times has carried more than 11st 1lb and that was ridden by Robbie McNamara, who was a wizard. It is usually won by lighter weights so that makes life hard for me to win it.

“That said, I do think Echoes In Rain has a great profile for it. She’s also in the Galway Hurdle, but she’s unexposed on the Flat and we know from seeing her over hurdles that she has a touch of class. You’d like to think she has a great chance.”