Native River Is the Forgotten Horse in the Gold Cup 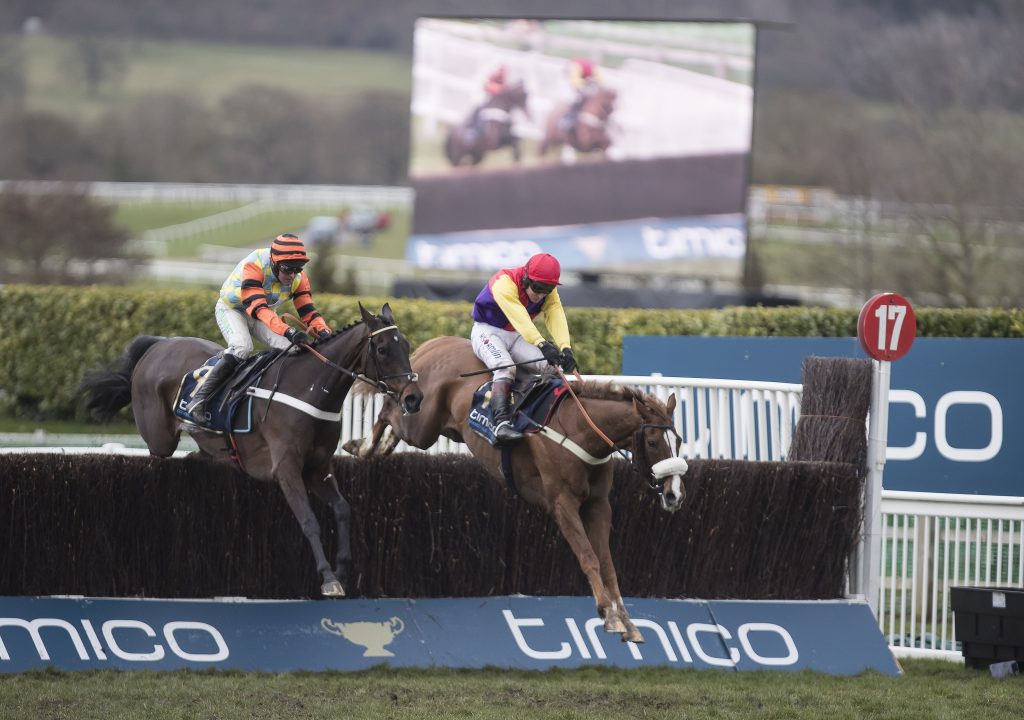 The Cheltenham Festival picture is as puzzling as it’s ever been. There are questions marks over the main contenders in each of the Championship races, including the Gold Cup.

The rising stars have plenty to answer. Kemboy has been turned over twice this year, Lostintranslation ran poorly at Kempton and Santini will have to show more than he’s done in winning both starts this term.

Proven course form is all important at Cheltenham. This and the faltering brigade mentioned above combine to make a Gold Cup picture where two previous scorers in Al Boum Photo and Native River are the most likely winners for my money. For me, it’s remarkable that Colin Tizzard’s ten-year-old is available at 14/1. He forms part of our 22,931/1 Antepost Acca for the Cheltenham Festival.

His effort in the 2018 Gold Cup was one of the finest displays of equine bravery and gameness we’re ever likely to witness. Ridden prominently by Richard Johnson, he pinged each and every fence to repel the hugely talented Might Bite.

That rival’s more recent form clouds the memory. Nevertheless, the 2018 Might Bite was a different beast, winning the King George previously before bolting up at Aintree.

An extended three-miles-two and soft ground were ideal for Native River. He’s an out and out stayer who simultaneously has the pace to mix it with some speedy sorts, his best form coming when laying it up at the front.

The Tizzards recently revealed that the 2018 Gold Cup effort took a lot out of Native River. That and the far from ideal conditions he faced in three assignments last season go a long way explaining his three defeats.

His second to Bristol De Mai in the Betfair Chase on ground quicker than ideal was hugely creditable. He stayed on gallantly there having been outpaced, shaping in a similar fashion in the King George the following month. Good-to-soft ground there and Kempton’s speedy three-miles again counted against him.

It was a measure of the suitability of Cheltenham that he was sent off just 6/1 for the 2019 Gold Cup despite losing twice previously. Despite the distance being ideal for him, he again faced unsuitably quick ground, unlike the soft surface he relished in 2018.

Richard Johnson was unable to get him to the front, the gelding never really travelling. It’s to his credit that he managed to finish fourth there, rallying gamely despite using up plenty of petrol early on.

First time blinkers and the ability to stride out in front saw Native River return to his best at Aintree on his seasonal reappearance in December.

Even allowing for the fact that Might Bite fell, he was still mightily impressive. He never looked like coming back to the second and third, and it’s worth remembering that Black Corton is no mug, rated 163. Beating a rival rated in the 160s by thirty-three lengths in a massive effort, and suggests he’s in the form of his life.

On figures, that’s his best effort since the 2018 Cheltenham Gold Cup. He has a routine assignment in the Denman Chase this Saturday, a race he won in preparation for the Gold Cup two years ago. All looks primed for a huge run, and I’m far from convinced about many of his potential rivals.

He jumped with real relish when landing the race in 2019 and his decisive win on reappearance at Tramore on New Year’s Day was a very creditable start to the season for the Mullins’ yard whose inmates are coming on for the run. I may well back him on the day, but 4/1 doesn’t make much appeal a month prior to the festival.

These three Irish contenders have finished in a heap in both the Savills and the Irish Gold Cup in recent weeks. Kemboy impressed last term when scoring four times but his two seasonal efforts suggests he hasn’t returned quite at his peak.

Delta Work is as game as they come. However he’s hardly hit the line strongly over three-miles the last twice, so the extra two furlongs are a worry. Additionally, it’s about time we all recognise that Presenting Percy is a good, but not world-beating chaser and his dismal effort in the 2019 edition is hard to ignore.

A mightily impressive winner of both the 2018 and 2019 King George’s, he quite clearly didn’t stay three-miles-two last March. There’s little reason to believe he’ll see out the distance any better this year around.

Far too short a price given what he’s beaten this term. He only had a head to spare over the 144 rated Now McGinty on his return and he benefited from Bristol De Mai jumping the third last poorly when winning the Cotswold last month.

One whom we shouldn’t give up on just yet, despite his no-show at Kempton. He wouldn’t be the first horse not to handle that venue. Looking back at his Betfair Chase win when beating course specialist Bristol De Mai, he’s clearly a high class performer. Having said that, the Tizzard yard have a stronger contender in the form of Native River, who has been there and done it.

Sent off just 6/1 for last year’s event despite failing to score in two previous starts and facing quicker ground than he wants, the current 14/1 available is surely too big. He was as impressive as ever when scoring on his return at Aintree and the grounds’ staff at Cheltenham have said they want the Festival to be run on soft ground.

He’s going to face ideal conditions and those ahead of him in the market, barring Al Boum Photo, are yet to convince. With proven course form and figures of 311332121113112341 over fences, he’s a cracking each way bet.

Be sure to check out our tips and analysis as we lead towards the weekend, as well as details of Shiskin’s Huntingdon assignment this Thursday.