From Kilcoy to the Breeders Cup 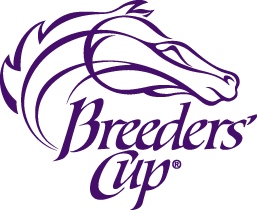 Since 1984, the Breeders Cup has been the focus of the racing world as October turns to November.  From it’s original single day of action to the carnival double header that greets the racing world now, it has long been the card by which all others in America are judged.  There may not be the romanticism of a ‘Run for the Roses’ but in California for the next two days, all eyes will be on Santa Anita and all ears will be on Michael Wrona.

To many fans of racing in the UK and Ireland, we will recognise the voice, the man who has called big races across the States from Hollywood Park via San Francisco, Phoenix, Chicago, San Antonio, Dallas and New Orleans to his current position as the race caller at Santa Anita but we are unlikely to know the man himself.  A career come full circle, leading back to the Golden State from where he spoke to myracing.com.

Born on the 3rd of February 1966, Wrona was quickly bitten by the racing bug.  “I  became a racing fan shortly after starting high school. I quickly became enthralled with the race calls I heard on radio, live from tracks around the country.”  His Grandfather was key to the development of this racing brain “My grandfather gave me a horse racing board game, from which I derived the most enjoyment by abandoning the rules and calling out the names of the ten plastic horses as I moved them to the roll of the dice.”

“I progressed to drawing the silks of actual racehorses on little pieces of paper, which I pushed across the bedroom floor while calling ‘phantom’ races into a tape recorder. I accumulated more than 1,000 ‘paper silks’ of horses from Brisbane, Sydney and Melbourne.”  The stage was set, all Wrona needed was a chance to progress from pieces of paper to half tonnes of horseflesh and at a tender age, that opportunity came knocking.

“I called my first race on a Public Address in 1983 at age 17 at a small track outside of Brisbane called Kilcoy.  Soon after, the first opportunity to call a full card required travelling to a cattle ranch in the Outback named Brunette Downs, which hosted two days of racing annually on a dirt track with no outside rail. There was a solitary bookmaker who stood atop a 44-gallon drum – you couldn’t imagine more humble beginnings to a career.”  From a track with only one rail, the only way is up and so it was, Wrona’s voice became better known on the Eastern Australian coast.

“Across the second half of the 1980s, I worked at the Brisbane radio station which covered racing, before receiving a surprise phone call inviting me to Hollywood Park. Thus began an American adventure of 26 years!”  Wrona’s has been the voice behind some iconic races, Cigar’s 16th consecutive win, tying a 50 year old record held by Citation arguably the best known.  He has called home the winners that first made Laffit Pincay and then Russell Baze, the winning-most jockeys of all time as well as providing the call for the Gran Premio Carlos Pellegrini, South America’s biggest horse race in 2012.

What of the Breeders Cup though?  This is where Wrona’s attention will be this weekend, “My earliest vivid memory of the Breeders’ Cup is Arazi’s lightning move in the Juvenile of ’91.”  Those who witnessed live at Churchill Downs one of the most exceptional juvenile winners in history will not be surprised that it is this one that has stood the test of time!

“My first live experience was assisting Tom Durkin in the Santa Anita booth for the 1993 Breeders’ Cup. I made all the P.A. announcements and called some non-Breeders’ Cup races on the undercard.”  He would again assist Durkin in 2004 when Ghostzapper won the Classic at Lone Star Park although all British eyes that day has been firmly focused on the sublime Ouija Board under Kieren Fallon,  being delivered to perfection in the last furlong and a half.

2016 is Wrona’s first year on the Breeders Cup microphone but the nerves aren’t showing ahead of duel headed task of covering both the commentating and P.A announcements, deciding that with both jobs falling to him that “Tom (Durkin) obviously had a better agent, because this year all the duties fall to me!”  These little quips belie the fact that “the opportunity to call my first Breeders’ Cup is automatically the biggest moment of my career. The convergence of top horses from so many jurisdictions elevates this two-day event above any previous experience.”

So who is Wrona looking forward to this year from the European contingent?  “Setting eyes on the fabulous Found will be a great highlight, as she does battle with Highland Reel and Flintshire. From an obscure, personal angle, I’m looking forward to calling Alice Springs in the Mile, given that she’s named after an Australian Outback town!”

All that is left to do is to sit back watch the racing and most importantly, enjoy the calls!  Many thanks to Michael Wrona (@Michael_Wrona) who has been incredibly generous with his time on the busiest week of the year in Southern California!