Daryl Jacob is one of the best British based riders around over jumps at present. In the last five seasons, he has operated at between a 14 per cent and 18 per cent strike rate so that shows how consistent a rider he is.

Already operating at about 16 per cent this season, he is the retained rider for Simon Munir, and that brings him to Ireland this weekend. He has two rides at Navan on Saturday but it is his ride at Listowel Racecourse that is wetting the appetite.

This is not a tip by the way and if you back the horse it is done off your own back. However, it has to be significant that he goes to the southwest of Ireland for a single ride. Let’s take a closer look at the horse. 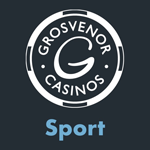 Trained by Richard John O’Brien, Jacob will get the leg up on Surac sporting the familiar two shades of green. This will be no easy race for the horse, taking on in form runners from the Willie Mullins and Gordon Elliott yards.

Surac is a son of Frankel, but things didn’t work out for the horse on the Flat when trained by Clive Cox in Britain. He ran well in all four starts for his current yard on the level, but won at the first time of asking at Ballinrobe over hurdles in August.

He has a lot of ground to make up with the reopposing The Insider, as he trailed the Elliott runner by nine lengths when third to that horse at Down Royal in late August. However, this sharper track might suit better and he has a live each way chance.