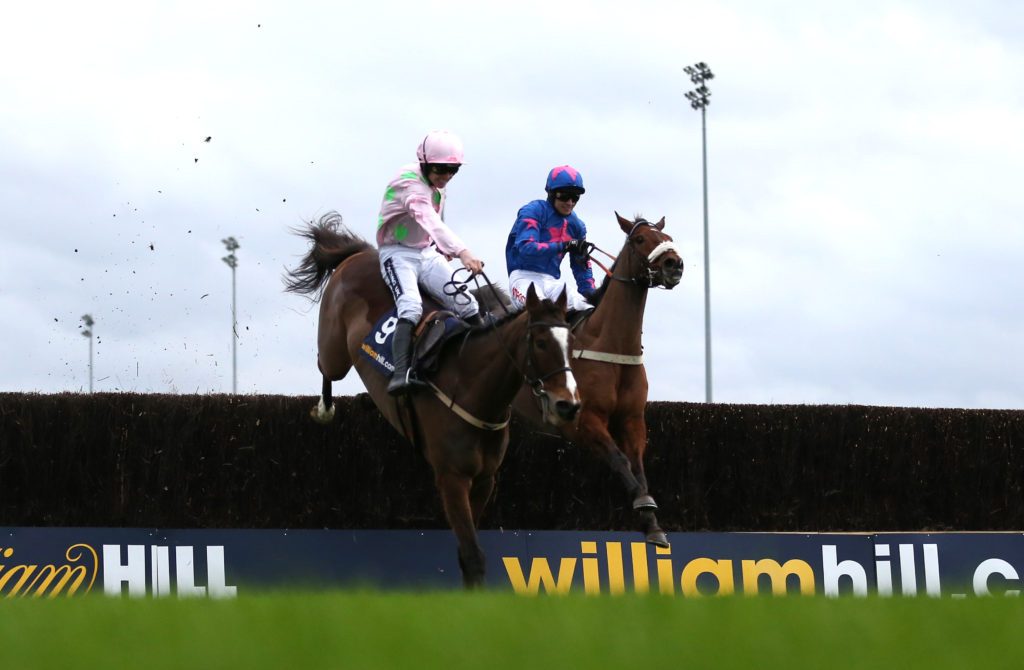 Day 2 was a day of twists and turns with shocks and excitement aplenty. Another day that left punters mainly frustrated, we saw a remarkable recovery in the RSA and a huge shock in the Queen Mother Champion Chase. See the day in review below and we have all our Cheltenham Festival Day 3 tips online to view now!

The day started off with a brilliant renewal of the Neptune where all eyes were on Harry Fry’s Neon Wolf, who looked to be coming to win the race when drawing alongside the long time pace setter Willoughby Court. He looked to be getting the better of the argument approaching the last but a poor jump cost him dearly, landing awkwardly and handing the momentum to David Bass on Willoughby Court. Neon Wolf came back thrusting but couldn’t get there and the celebrations were wild as Pauling trained his first Festival winner.

Things didn’t go to plan for Harry Fry as Neon Wolf was pipped by Willoughby Court, but he has a very strong hand in the stayer’s hurdle tomorrow. Unowhatimeanharry has been boosted to 10/1, see the offer below!

You will struggle to find a more dramatic finish at this year’s Festival as Might Bite almost threw it away again at the final fence. Setting a blistering pace out in front under Nico De Boinville, he shook off both Acapella Bourgeois and Alpha Des Obeaux as he turned for home and looked in no danger as Whisper moved into second under Davy Russell. However, he clouted the final fence and started wandering badly to the right, seemingly handing the race to Whisper who swept on by under Russell. Ironically, Might Bite was saved by the loose Marinero who had fallen early on, giving Might Bite something to aim at and he turned on the afterburners to reclaim the lead in the dying stride. Heartbreaking for Whisper but take a bow Nico De Boinville!

Willie Mullins has hit the post on a number of occasions this week, including another place with Bellshill. Un De Sceaux looks likely to run a very big race tomorrow in the Ryanair as he bids for a resurgence on Day 3. He has been boosted to 20/1 tomorrow and the offer can be found below!

The fancied runners failed to show in this one as the favourite Tombstone was massively disappointing and could only manage twenty second place (no, really!). Supasundae made it two on the day for Ireland after travelling well throughout and bounded clear up the hill for a comfortable success. Taquin Du Seuil ran on for second place and Who Dares Win ran another valiant race to finish third for Alan King.

It was a slam dunk, a chance to prove he really was a ‘monster’, but nothing has gone to plan this week for Willie Mullins and Douvan was finally beaten on his fourteenth start. He never seemed to be travelling and jumped poorly, not giving his running. Nevertheless, nothing can be taken away from the fantastic Special Tiara, who led them a merry dance throughout and despite pressure from Fox Norton in the closing stages, he clung on well to land a well deserved success and made it two from two in the Championship races for Noel Fehily.

Willie Mullins is having a torrid Festival so far, but he looks likely to put several winners on the board tomorrow, starting off with Yorkhill in the JLT Novices’ Chase. He has been boosted to 14/1 tomorrow and the offer can be found below!

He never arrives at the Festival in any sort of form but he always pulls it out when it matters most and Cause Of Causes did it again. Travelling strongly throughout, he took up the lead approaching the last and stormed clear on the run in for a nine length success. Gordon Elliott had the first and second as Bless The Wings put up another great display at the age of twelve to finish second and favourite Cantlow could only muster up a well beaten third.

The price of Linger dropped and dropped as we got closer to the race, but nothing came of him and he was pulled up after folding tamely. Flying Tiger was seemingly tanking down the side of the course and despite a far from easy passage, he cut his way through the pack towards the final fence and charged home for a neck success. He beat Divin Bere who ran a good race for Nicky Henderson and Nietzsche was back in third, who will be ruing a final flight blunder.

Flying Tiger may well have won the Fred Winter but a literally flying Fayonagh won the Champion Bumper in quite remarkable style. It was a Day 2 double for Jamie Codd and despite being hampered at the start and in a seemingly impossible position, his mount flew up the home straight in a quite incredible last to first ride by Codd. Debuchet was unlucky in second after being gunned down late on by that rival and Claimantakinforgan was third for Nicky Henderson after quickening up well.