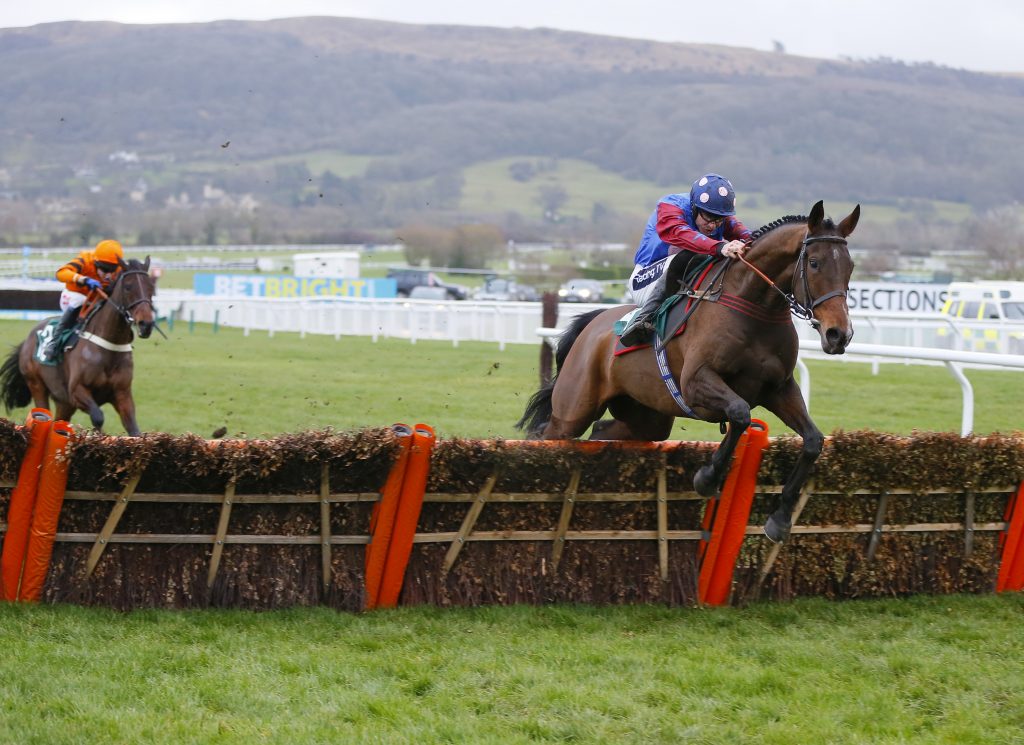 Saturday saw the final day of racing at Cheltenham before ‘The Greatest Show On Turf’ gets underway in just over six weeks time. Plenty of markers were laid down on Trials Day as our excellent start to 2019 continued with yet another NAP of the Day (seven winners from the last eight) and Next Best Double winner along with a 14/1 Accumulator tip winner, which we followed up with another on Sunday, making it seven for the month!

Away from Cheltenham, we had Doncaster on Saturday as well as action from Ireland throughout the week. The highlight on Thursday was the return of Gold Cup favourite Presenting Percy who claimed his second Galmoy Hurdle in succession at Gowran Park.

In a way, the Gold Cup market has been tipped on it’s head this season with Might Bite not showing his true colours. But there wasn’t a moments worry for Ireland’s leading hope on Thursday as Presenting Percy made a near faultless return to the track, albeit over the smaller obstacles. The latter point won’t worry his supporters at all as he took the exact same route on the way to RSA glory at last years Festival.

Pat Kelly’s stable star cruised around the outside of the field under an ever-confident Davy Russell before jumping into the lead at the penultimate flight. He was briefly pressed by Bapaume up the run-in, but found extra with ease to draw over a length clear at the line. It was everything you’d want from a seasonal reappearance and with the Red Mills Chase next on the agenda, Presenting Percy is certainly the name on everyones lips.

Arkle is hotting up

Dynamite Dollars was sent off the very warm 1/4 favourite for the Grade 2 Lightning Novices’ Chase at Doncaster, but it wasn’t quite as straightforward as the betting suggested. He was pressed all the time by Ballywood who probably gave Dynamite Dollars more to think about than his rider Harry Cobden would have liked. It was an authoritative three and a half length success in the end, but you perhaps would have liked to have seen a bit more from the Grade 1 winner.

Over in Ireland, Cilaos Emery put his hat in the ring following a smooth success at Gowran Park on Thursday on his chase debut after a 391 day break. He will obviously need to improve on that to challenge for an Arkle, but he jumped well and given he was a Grade 1 winning hurdler, clearly has the necessary ability. Now a general 8/1 shot for the contest, he looks Willie Mullins’ leading hope.

Prior to Saturday, the home team seemingly lacked in challengers to Penhill at the head of the Stayers’ Hurdle market, but that all changed in the Cleeve Hurdle. Emma Lavelle and Aidan Coleman’s first Grade 1 winner romped to victory at Cheltenham, Paisley Park showed himself to be a real class act. An emphatic twelve length success was mightily impressive and considering we are relatively in the dark regarding Penhill’s well-being, Emma Lavelle’s star looks an extremely worthy favourite.

It was a day of exciting finishes at Prestbury Park on Saturday and we were robbed of another in the Ballymore Trial. Brewin’Upastorm took a crashing fall at the final hurdle when arguably travelling better than Birchdale and even though we’ll never know what would have happened, it wouldn’t take much of an argument to suggest that the former would have come home in front. Nevertheless, the exciting Birchdale emerged victorious and likely poses even more questions to his trainer Nicky Henderson, who has both him and Champ in Ballymore contention. The former would perhaps be more suited to the Albert Bartlett, but his lack of experience would be a concern.

Brewin’Upastorm could definitely head to the Ballymore, or even the Supreme. Given how well Olly Murphy speaks of him and what he’s shown on the track, he simply has to be respected whichever race he turns up in.

Once again, Frodon’s exuberant and accurate jumping from the front was enough to see him home in the Cotswold Chase. He held off the late challenge of Welsh Grand National winner Elegant Escape to earn himself a ticket for the Gold Cup. The massive concern would have to be his stamina, he appeared to be all out on Saturday and whether he’ll see out the extra furlong would have to be a question mark. He also likes to get on with things from the front and with the likes of Native River in opposition, won’t have things his own way.

Elegant Escape will likely head to the Festival’s Blue Riband event too and will definitely appreciate the extra trip, but if he has enough toe to get himself into the race before it’s all over is a factor to seriously consider.

Adjali was the red-hot favourite for the Triumph Trial but didn’t really live up to expectation. Fakir D’oudairies on the other hand, emphatically justified his market support with a stylish thirteen length win. Up with the pace the whole way, he cantered into the lead still travelling strongly, drawing further and further clear up the Cheltenham hill. That was by far the best juvenile performance we’ve seen so far this season and he fully deserves his place at the head of the Triumph betting.

A small but select field of four went to post for the Grade 2 River Don Novices’ Hurdle at Doncaster on Saturday. It was the outsider of the lot, Nadaitak, who claimed victory in no uncertain terms by twenty-two lengths. Always stalking long-time leader Commodore Barry, Nico de Boinville said go in the home straight to which Nadaitak responded extremely well and sauntered clear. Introduced at 25/1 for the Albert Bartlett, this strong stayer has thrust himself into contention.

It has never been an easy task for five-year-olds following a juvenile campaign to compete in the Champion Hurdle, but Gavin Cromwell appears to have a very good one in the shape of Espoir D’Allen. Given the strength of his form last season, he likely would have won the Triumph Hurdle had he not have picked up an injury. But he’s come back better than ever with three wins on the bounce this campaign. His latest in the Limestone Lad Hurdle at Naas on Sunday, where he gave weight and a beating to all his older rivals. Electric pace is a huge asset to the son of Voix Du Nord and despite an error at the last, the majority of his hurdling was slick. In what is a muddling market away from Buveur D’Air, Espoir D’Allen looks a very lively Champion Hurdle outsider.

National Hunt Chase on the agenda for Ballyward

Ok Corral leaped to the head of the National Hunt Chase market following the booking of Derek O’Connor for his previous run at Warwick and looks a very solid contender. However, Ballyward made his presence felt when coming clear of his rivals, which included Grade 1 winner Champagne Classic, in great style over three miles at Naas on Sunday. He wasn’t stopping at the line and given that the four miler is the only entry he has for the Festival, will be his target. Jumping well in the main, he appears to have a bright future over stamina sapping trips.

It was a thoroughly encouraging return to action from Champagne Classic, who finished a solid third. He travelled and jumped very well in what was his first run for 641 days. Entitled to come on plenty for that run, it would be a little surprising to see him and Delta Work turn up in the same contest at Cheltenham. With the latter likely heading to the RSA, that begs the question of whether the JLT or National Hunt Chase could be on the agenda for Champagne Classic.

A pair of high quality handicap chases took place at Cheltenham on Saturday, with plenty to take from each. Kildisart was a good winner of the first considering he wasn’t fluent at a number of obstacles, which is clearly testament to the raw ability he has. If he doesn’t go up more than four pounds, then the Close Brothers would be an attractive destination for him. The same can be said about the stylish jumping Highway One O One who finished second and appeared to appreciate the extra half mile. Spiritofthegames came home third, running on well after the last and could potentially be of interest up in distance.

In the following contest, the superb jumping Siruh Du Lac tenaciously fought back to get the better of the well-backed Janika in what was a titanic tussle to the line. Rated just 134, it’ll be interesting to see what the handicapper does to the former as the Brown Advisory And Merriebelle Stable Plate could be perfect. As for Janika, he has bumped into two very smart horses on both runs for Nicky Henderson but could definitely turn up in the same race at Cheltenham with a live chance.

The Irish battalion will be out in force this weekend as Leopardstown hosts the Dublin Racing Festival. Eight Grade 1’s split over the two days will make for fascinating viewing and unveil plenty of information about the leading Irish hopes. There is also Scottish Trials weekend at Musselburgh as well as the Grade 1 Scilly Isles Novices’ Chase at Sandown. Buveur D’Air could also be back at Sandown for the Contenders Hurdle, a race in which he has won the past two seasons.