Back Or Lay! Horses To Watch In-Running On The Exchange At Cheltenham Day 4 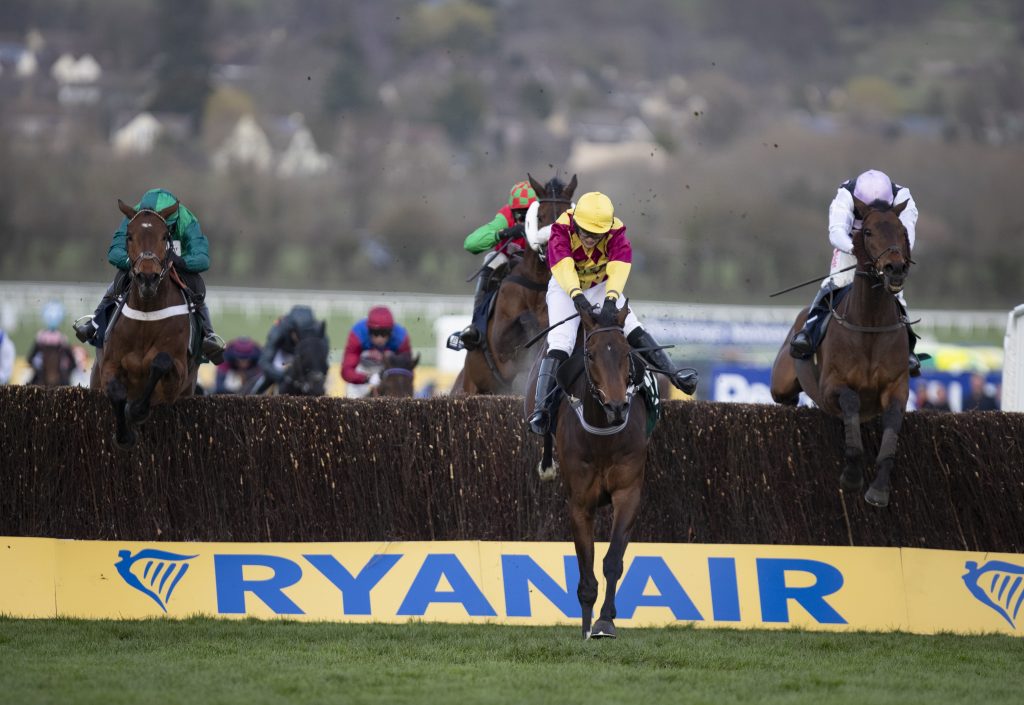 The Cheltenham Festival is one of the biggest betting weeks of the year and although many go through the sportsbooks, the Betfair Exchange should not be forgotten. A way of getting more bang for your buck, it also allows you to be in running, which can get you much better odds than starting-price.

Some horses are habitual front-runners who find little, which means their short-priced in running can be taken advantage of. Conversely, some horses will run very lazily, and are scrubbed along some way from home, which can push their prices out dramatically during the race.

One good example is Champ, who hit 500-1 in running before storming up the hill to win the RSA. The horse has an enormous engine, but jumps poorly, which gave him plenty to do. I’ve skimmed through tomorrow’s cards looking for some similar opportunities, and here are three horses you could take advantage of in-play, on Day 4 of the Cheltenham Festival.

This year’s Triumph Hurdle is more than likely to be a burn-up, with market principles Goshen, Allmankind and Aspire Tower all wanting to have a slice of the pace action. That should set this up for a closer, and that closer could well be A Wave Of The Sea.

He posted a career-best effort from off the pace at Leopardstown last time, winning a Grade 1 contest with a swift late challenge. The pace battle and stiff finish up the Cheltenham Hill will certainly play to his strengths, as they’ll allow him to make up plenty of ground on potentially tired horses.

Given that he’s available at a general 10/1, he’s likely to be a very good price in-running as they turn for home, and is a potential opportunity to make some extra profit in a race where the pace should almost certainly collapse.

The County Hurdle is a 2m 1f contest and has the maximum field of twenty-six, which should lead to a contest that’s run to an honest, end to end gallop. It’s a race in recent years where it’s paid to sit off the pace, with the likes of Arctic Fire and Ch’tibello being played to perfection late on.

Buildmeupbuttercup has caught my eye a number of times over hurdles for doing just what she did at Leopardstown on her latest outing. Held up in midfield, she made plenty of mistakes during the contest but tanked her way into the lead, where she weakened late on, hitting the front too soon.

She’s a horse who needs to be played late and she’s likely to be ridden even more conservatively in this, as she’ll have lots of time to make up ground in the final circuit. With her jumping tending to be slightly sticky, and her style to be so far back in the early stages, she’s likely to hit some interesting prices in running.

There are few horses that are quite so popular as Don Poli, and perhaps not for the reasons you’d expect. Third in the 2016 Gold Cup, he has plenty of class, but has been affectionally called “Don Slowly” and “The Boat” for as long as he’s been racing.

A horse who needs plenty of driving and cajoling along, he’s been racing in between the flags since joining this yard, winning a pair of contests in comfortable fashion. He might be an eleven-year-old, but anywhere near his best, he’d have far too much class for this field.

You’ll be inclined to give up on him halfway round the final circuit when Tristan Durrell starts riding away, but he’s a lazy horse by nature and stays longer than the mother in law, which could make his in-play price a circuit from home very interesting indeed.